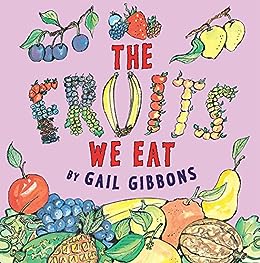 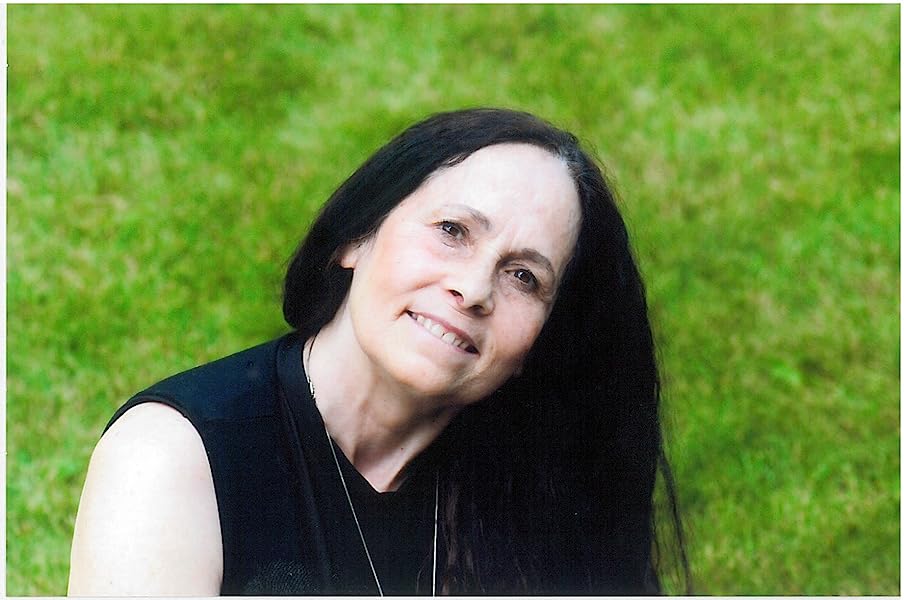 The Fruits We Eat Kindle Edition

"The prolific Gibbons tackles fruits—how they grow, their parts, and what portions we eat. . . . it may be just the ticket before a school trip to a farm."—Kirkus Reviews

Gail Gibbons grew up writing stories and drawing pictures to fit the words, and wishing she lived in the country. After graduating from the University of Illinois with a bachelor of fine arts degree, she became involved in television graphics. This led her to work on a children’s TV show, where her desire to write and illustrate children’s books was rekindled. Eventually Gail became a full-time writer and moved to rural Vermont, where she could have a garden and as many pets as she wanted. Gail has written more than 140 books and has made countless visits to schools. The feedback she gets from children is invaluable and often inspires ideas for future projects. Gail and her husband, Kent Ancliffe, have a dog named Wilbur and two cats, named Miles and Davis. They live in Vermont in a passive solar house that Gail’s husband built and on an island off the coast of Maine.

K-Gr 4—Gail Gibbons knows how to create solid nonfiction books, two of which receive quality treatment in these video presentations. In Fruits, young viewers learn all about fruits found on plants, bushes, vines, and trees—everything from berries to bananas—with many examples given. In Vegetables, Gibbons introduces all kinds of vegetables presented by types—flower bud, bulb, root, fruit vegetable—with plenty of examples. Vegetables in our diet, ways to prepare them, and products made from these foods are also highlighted. Both productions discuss pollination and home gardens vs. large commercial ventures and include notable fruit and vegetable facts. An impressively wide variety is shown in Gibbons's realistic watercolor and ink illustrations that feature pastel tones softened by graceful lines, many with labeled pictures. Vocabulary is introduced along the way as narrator Qarie Marshall reads the clear and informative text with a sprightly musical background. VERDICT The two productions offer solid overviews. Valuable resources for plant and nutrition units.—Teresa Bateman, Brigadoon Elementary, Federal Way, WA --This text refers to an out of print or unavailable edition of this title.
Read more

4.8 out of 5 stars
4.8 out of 5
86 global ratings
How are ratings calculated?
To calculate the overall star rating and percentage breakdown by star, we don’t use a simple average. Instead, our system considers things like how recent a review is and if the reviewer bought the item on Amazon. It also analyzes reviews to verify trustworthiness.
Top reviews

R Marnell
5.0 out of 5 stars a book that grows with your child
Reviewed in the United States on August 11, 2015
Verified Purchase
This is an awesome book that can grow with your child and teach a variety of important facts about some of the foods they see and eat. There is a lot of information that can be used in a lot of ways, at different comprehension levels. I ordered this book, and its companion book "The Vegetables We Eat" for primary school lesson plans. One look through this book and my mind was whirling with all the different activities and learning approaches possible. It is bright and colorful, with pictures and information to keep your interest, at any age! I LOVE THEM BOTH!
Read more
5 people found this helpful
Helpful
Report abuse

Angi Osburn
5.0 out of 5 stars Love the pictures and how informative it is
Reviewed in the United States on October 1, 2017
Verified Purchase
Cute book. We have the Vegetable counterpart to this book and my 3 year-old loves it, he started asking me about fruits so I found this one on Amazon and of course he loves it! Love the pictures and how informative it is, which for a 3 year-old it answers all of his 1 million questions on how fruits grow.
Read more
One person found this helpful
Helpful
Report abuse

Dr. A
5.0 out of 5 stars Toddlers love it
Reviewed in the United States on June 24, 2020
Verified Purchase
My 3 and 5 year olds like to read this again and again. As usual, Gibbons does an excellent job presenting non-fiction in engaging ways to a young audience.
Read more
Helpful
Report abuse

AmazingAmazon
3.0 out of 5 stars Three Stars
Reviewed in the United States on January 22, 2017
Verified Purchase
Good book- filled with important information and great things, but the pages tend to be a little 'busy'
Read more
One person found this helpful
Helpful
Report abuse

Amazon Customer
5.0 out of 5 stars The Fruit We Eat
Reviewed in the United States on May 8, 2016
Verified Purchase
Kids loved the book!
Read more
Helpful
Report abuse