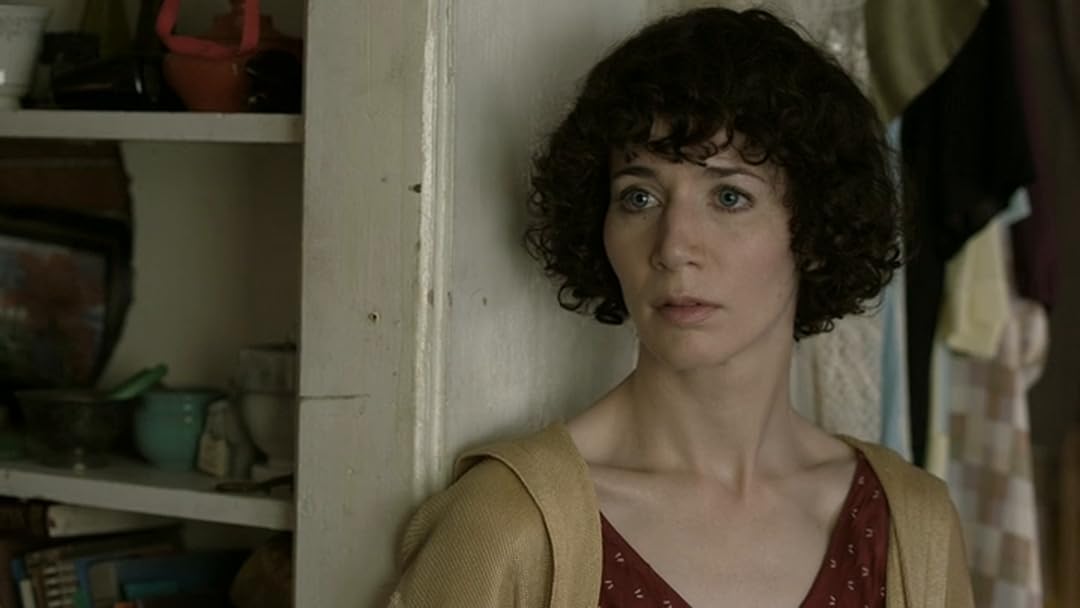 (188)
1 h 30 min2001X-RayR
When a couple decides to adopt a stray cat, their perspective on life changes radically, literally altering the course of time and space and testing their faith in each other and themselves in this critically acclaimed indie darling.

SECOND: This is an art film. It is designed to provoke a feeling, challenge concepts, or elicit a mood in the viewer. It does not unfold at a pace comparable to mainstream hollywood films. And the content is not overly-obvious, but often trusts the viewer to observe the subtle and implied.

THIRD: The Future has some surprises, but your boundaries of patience may be felt and tested before those scenes happen. It's worth it to stick through the awkward moments and idiosyncrasies as it unfolds.

FOURTH: Miranda July is gifted at creating unconventional dramatic tension; sometimes through interpersonal dynamics that we relate to but aren't used to seeing on film, and other times through a look or a way of showing a character out of place through contrast or body posture. Miranda July is also a unique performer who invokes a singular, vulnerable intrigue that may not be everyone's cup of tea, but if it is: it can be refreshing.

FIFTH: A common thread in this story seems to be one of relevance in a rapidly changing reality of online identities and social media that has consumed us this past decade. "How do I fit into a world where artists like me get famous on YouTube?" And "How do I record and broadcast my self-made work to the world?"

MY BIGGEST TAKE-AWAY: An unexpectedly sober look at the choices we make in life (or not make), the need for self-awareness, and the importance of making a life that feels meaningful and brings us alive. If we ignore these themes, the contortions expressed in our behavior will be born of a desperate plea to escape the inner prisons we've made for ourselves, and we may find ourselves in dissonant circumstances like the characters do.

LASTLY: This isn't a film for everyone, at every time. Watch it on a night where you're looking for a change of pace, and have the capacity to welcome a shift in tone.

DigitalReviewed in the United States on October 6, 2020
1.0 out of 5 stars
The most depressing movie I've ever seen that wasn't directed by Lars Von Trier
Verified purchase
Having worked in animal rescue for years, I might be extra sensitive to the plight of animals waiting for a forever that may never come. This movie broke my heart. If you're genuinely interested in the people in the movie, enjoy. If you find yourself charmed by the cat, get out, do not proceed, save yourself, or your heart will be broken too.
9 people found this helpful

OligonicellaReviewed in the United States on January 11, 2020
2.0 out of 5 stars
It was like watching a tortoise die of thirst and just as comedic.
Verified purchase
Two completely uninteresting people - even to themselves - go through an uninteresting breakup because they basically bore each other. I actually nodded a couple of times and backed up to see what I missed. My mistake. Not a thing.

The "literally altering the course of time" is just illusion. Flash-forwards for her if you will and him being crazy. Nobody at the end of the film was older.

Oh, there's a cat. You see it once, then only the fake paws. Poor bastard doesn't even make it out of the movie alive. Dies awaiting a promised rescue.

I guess I'm saying I thought this movie sucked. Good camera work though, hence the two.
9 people found this helpful

FiReviewed in the United States on November 21, 2015
5.0 out of 5 stars
This movie messed me up
Verified purchase
When i first watched this movie, i sat staring blankly at the screen at the end. I haven't had such an emotionally weird response to a movie in a long time. It really messed with me, because the point of the movie is so raw and realistic. It's painful to watch how everything happens, i screamed at the screen, i cried. I know a lot of people that hate this movie, and that is perfectly fine, in some cases for some people i think it might be too much, too much realism, with surrealism. It can stir up emotions you try to put away. I never wanted to review this, because i fear backlash reviews for it. I understand why, but please comment and talk about this, because it has a beautiful point, and story. I didn't really care for "You, me and everyone we know" which is another Miranda July movie, this one i loved.
I won't really try to get into synopsis of this, because i feel it can be translated in many ways. Just watch the trailer, and see if you are interested. It's slow paced, so if that isn't your thing, then you won't like it.
24 people found this helpful

Leo VolontReviewed in the United States on October 3, 2021
1.0 out of 5 stars
They Kill a Cat! Worst Movie Ever!
Verified purchase
It was the worst movie I've ever seen. They kill the Cat and nothing in the Plot makes any sense. Screw Reality... let's just be able to screwed up stuff with Time for no particular reason at all and without any conceivable mechanism to explain it. Then the Character Dynamics don't work. We start out with a perky cute loving couple that can finish each others sentences and then suddenly they hate each other and and the wife is screwing some Aluminum Siding Salesman, you know, WTF? Yeah, did I miss something? No! The Movie doesn't make sense! How was this movie even made. Don't movies cost money to make. Who would have signed off on this crap?
2 people found this helpful

Avid readerReviewed in the United States on October 27, 2021
2.0 out of 5 stars
I cared more for the cat.
Verified purchase
If one adds up all the car chases, the crashes, the shootings and the fires and explosions, the total number comes up to zero. So this is not an action movie, and that is all right. It turns out Jason and Sophie have been living together for 4 years, and they decided to adopt a cat, who has renal failure, and was only expected to live for another 5 months, and they felt they could commit to that. They go to pick him up, and are told they have to wait 30 days, and if they fail to show up, the cat will be put down. OK, for the story line that might be plausible, but not for how shelters normally work. Anyway, they decide to take the 30 days and become ‘more alert’, and Jason drops his tech support job, and Sophie quits teaching dance. The thing is, there seems to be no chemistry between them, and they seem to live in a rut. But Jason does try something very different. During the movie, there is dialog from the cat, looking back on his very tough life, and looking forward to leaving the cage. As cats cannot tell time he has no idea when his new life will begin but he has hopes. The movie really revolves on how Jason and Sophie spend their time learning new things, and there are glimpses into the future. And it is very slow and for the most part, very dull. The movie seems to aspire to a higher plane of reality. Just how many viewers want to go along? Two stars may be harsh as the movie is well made, just not all that interesting and one really doesn’t care about either Jason or Sophie. Oh, Jason can talk to the moon and also stop time.

DetectorReviewed in the United States on September 8, 2021
5.0 out of 5 stars
Hilarious opening scene.
Verified purchase
I have never done a review after watching only the opening scene, but I am now. Because it was so funny, and delightful, I was LOL for real. And it wasn't just one bit, it was...two. One scene two bits, both funny, it's a BOGO. If the rest is a dog, rest assured I will be back. But as of now, its 2 thumbs up.
2 people found this helpful

DustReviewed in the United States on January 30, 2021
4.0 out of 5 stars
See the world in a grain of sand
Verified purchase
Choices. There are some who make the kind of choices on view here. They too have a future.
Those that identify and those that don't might be able to wrest something valuable out of this. MJ has said it is about time. Wouldn't matter much if we weren't mortal.
NY Times Critic's Pick, 72/54 on RT.
Miranda. Those eyes.
If you don't cast if off, it will probably stick with you.
2 people found this helpful
See all reviews
Back to top
Get to Know Us
Make Money with Us
Amazon Payment Products
Let Us Help You
EnglishChoose a language for shopping. United StatesChoose a country/region for shopping.
© 1996-2022, Amazon.com, Inc. or its affiliates