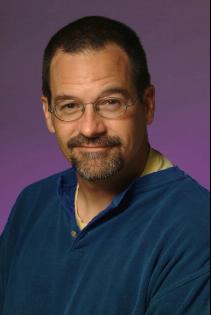 "It’s baseball season, and the Fernwood Valley Fuzzies return to face a new group of rivals, the Geartown Clankees. While the Fuzzies include animals―rabbits, bears, possums―the Clankees are robots in disguise, and when their secret is revealed, the Fuzzies are upset. Most of the players don’t think that competing against robot opponents will be fair to them, but Blossom Honey Possum is especially worried because she’s afraid of robots. What follows is a madcap story filled with baseball puns, empathetic robots, and characters who break the fourth wall. But this fantastic tale stays grounded in the rules of baseball, and sports fans will appreciate how Gurney helps them keep track of the game as the book progresses. Most of the humor is directed at kids, but some jokes will appeal to the grown-ups reading with them. The artwork is lively, colorful, and packed with action and visual humor. VERDICT A fun and funny read for kids who love animals, sports, and stories that stretch their imaginations" - School Library Journal

JOHN STEVEN GURNEY has illustrated over 120 books for children He is the illustrator of some of America's most popular chapter books series. Among these are Random House's The A to Z Mysteries and Scholastic's The Bailey School Kids, and Big Apple Barn. His latest series is The Calendar Mysteries, an offshoot of The A to Z Mysteries, featuring the younger siblings of Josh and Ruth Rose.
Start reading Fuzzy Baseball Vol. 3: R.B.I. Robots on your Kindle in under a minute.