Skip to main content
Graveminder and millions of other books are available for Amazon Kindle. Learn more
Share <Embed> 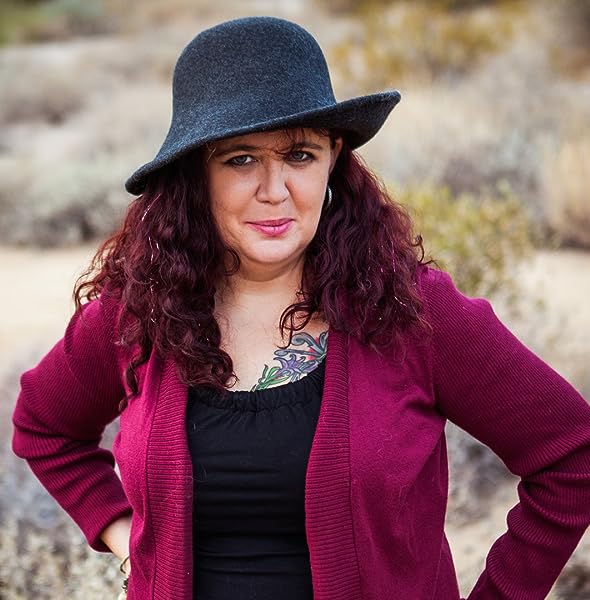 4.3 out of 5 stars 317 ratings
Book 1 of 2: Graveminder
Goodreads Choice Award winner
See all formats and editions
Sorry, there was a problem loading this page. Try again.
Previous page
Next page

Page 1 of 1 Start overPage 1 of 1
Previous page
Next page
Start reading Graveminder on your Kindle in under a minute.

4.3 out of 5 stars
4.3 out of 5
317 global ratings
How are ratings calculated?
To calculate the overall star rating and percentage breakdown by star, we don’t use a simple average. Instead, our system considers things like how recent a review is and if the reviewer bought the item on Amazon. It also analyzes reviews to verify trustworthiness.
Top reviews

Bri
4.0 out of 5 stars It certainly wasn't a bad book; in fact I really enjoyed it
Reviewed in the United States on September 7, 2016
Verified Purchase
"Sleep well, and stay where I put you."

Claysville is small and quaint, the type of town where everyone knows everyone and nothing is a secret...or maybe there are secrets, BIG secrets. A town where the peculiar habits of a little old lady just seem normal and harmless, but there's so much more to the story, so much more.

Grave Minder is a small town story with an element of fright. It's written softly, without being too dramatic or fluffy, but it's definitely not your cliche "ghost in the attic" horror story; it's refreshingly unique and captivating. I wasn't hiding under the covers afraid to peer outside the safety of my reading nook, but I did get goose bumps quite a few times throughout the book.

Even though Grave Minder is not a standalone, I don't know that I will be reaching for the sequels any time soon. It certainly wasn't a bad book; in fact I really enjoyed it, but it ends in such a way that didn't have me on the edge of my seat itching to start the next book. In fact, I don't think Melissa Marr intended for it to become the first in a series either, but it is!

P.S. - I am itching for cool temps and brisk fall days, pumpkin spice and scary (but corny) Halloween movies. Hence the reason why I picked up Grave Minder in the first place! Happy reading!

seraphcelene
3.0 out of 5 stars Slow going and a little lackluster, but a promising start to what is obviously a series
Reviewed in the United States on April 23, 2014
Verified Purchase
As an adult zombie ghost story with star-crossed lovers, a curse, an alternate dimension for the dead, and plenty o' secrets, Graveminder packs a lot in the way of plot elements, asks loads of questions, and then leaves everything kinda hanging.

I was surprised by how much I really didn't care about Graveminder. Marr is a writer that I typically adore because she writes awesome plots featuring difficult, complex choices. She doesn't shy away from unpopular, un-pretty decisions. Things happen, the options suck, and the result is that the characters lives are changed for the better, for the worse, and in ways we don't necessarily want to see happen. Happy Ever After isn't necessarily a guarantee (or at least they don't seem to be in the beginning). Although Graveminder gives our Hero and Heroine a hefty dilemma to deal with there are no real resolutions beyond the rather minor introduction plot that establishes who the Graveminder and the Undertaker are supposed to be. That may seem like it should be plenty, but unfortunately it wasn't really enough to fill up this novel. The set-up was dragged out and the ending of the story felt too compacted and too packaged. As the beginning for a series, I can see the layout, but I would have liked to read a more complex, more integrated story. There's a lot that just seems like it will be filled in later on in other books.

Graveminder was also less "adult" then I thought it would be. Ink Exchange, my favorite in the Wicked Lovely series, was thematically darker than Graveminder but totally without the "adult" tag. So, yeah, kind of a disappointment, but because it's Melissa Marr I'm expecting that the series will pick up steam and take off.
Read more
4 people found this helpful
Helpful
Report abuse

Maggie (Lynda) Harris
2.0 out of 5 stars A book that felt more Young Adult than adult fiction
Reviewed in the United States on July 23, 2013
Verified Purchase
I loved the idea of the book. Rebekkah is the latest in a line of graveminders, women who tend the graves of her small town. Her job is took make sure the dead don't return and if they do to send them back to the land of the dead. Byron is her Undertaker, a man whose soul job is to protect the graveminder. They have a romantic past.

The dead are rising and attacking the living but why?

I had a hard time finishing this book. The main characters act like the worse kind of angst ridden YA novel characters. I have to keep reminding myself they are adults because don't come off as adults. They are immature one dimensional characters. It makes me wonder if the author meant it to be a YA book but either the editor suggested she should make it an adult novel or the author decided to change it at the last minute.

Since the romance between Rebekkah and Byron is so important to the plot you would think they would have chemistry right? Wrong! The romance feels forced and takes way to much time away from the plot so the acceptance of their fate and the wrap up of the plot seems rushed.

I gave it two stars because the plot was original it just was poorly executed.
Read more
9 people found this helpful
Helpful
Report abuse

Jeff Garrett
4.0 out of 5 stars I Liked This Story
Reviewed in the United States on June 7, 2012
Verified Purchase
I'm not going to go into a lot of plot details, since the plot has already been discussed and described many times. But after reading a lot of the negative reviews, I wanted to share my thoughts.

I don't feel that the story moved slowly - I felt that things were always happening. I sometimes felt frustrated at not knowing what was really going on with the town of Claysville, but then the main characters were discovering these facts for themselves. By the end of the book I understood. To me, this was the unraveling of a mystery. I must add that I was pretty surprised at the ending - I didn't see that coming!

I also feel that there were characters that were not fully fleshed out, but I see that as providing material for future books in this series...if Ms. Marr decides to continue with the Graveminder theme.

I really liked the whole Graveminder / Undertaker theme - it was new and different to me. I appreciate the creativity that went into setting up this "world". It was a refreshing break from the vampires and werewolves that seem to be almost overused.

So while I understand some reviewers not liking the story or the pace, there are those like me who did enjoy the story. I won't criticize them, and I would hope that I, and those like me, aren't criticized. I wanted to share my view so that others can evaluate for themselves whether they'd like to read this book. If you like mysteries, and don't mind if the action is less hectic as long as the main characters are making their way through to the final truth, you might find that you like this book.

This is the first book I've read from Ms. Marr - but I'm now looking for another. I came back to this book's page in order to see if there was a followup to Graveminder - I would have purchased it. I felt I couldn't leave without sharing my opinion.

Mrs Karen Menzies
3.0 out of 5 stars It just isnt Wicked lovely
Reviewed in the United Kingdom on February 21, 2014
Verified Purchase
This had an interesting take on supernatural stories, not just the same old stuff, but I don't think I really enjoyed it. Because I loved the Wicked Lovely series I gave this a go, but I didn't feel the main characters were very engaging, and I didn't really care what happened to them, although the world MM has created for them, and the back story is interesting. I would rather read the stary of how it all began, than read any more about these guys though.
Read more
Report abuse

BUNNYBEE
4.0 out of 5 stars Highly imaginitive.
Reviewed in the United Kingdom on September 23, 2013
Verified Purchase
First off I though 'oh no, not another zombie book!'.

But as the story developed I became more intrigued and engrossed.

Whilst the 'love story' is a key element of the plot I did feel that too much time was spent on this aspect. I got that the Graveminder was scared to commit and did't need reminding endlessly.

Sweetlysoulful
5.0 out of 5 stars Fantastic!
Reviewed in the United Kingdom on October 27, 2013
Verified Purchase
I was a little dubious about this book when I read what it was about but I decided to give it a chance. It was definitely different to what I normally read, however it really surprised me. I looked forward to picking it up and continuing with the story each time I got the chance, I felt like I got to know the characters well and cared about them and what was happening. Considering the subject I found it was written in a very believable way and the descriptions created a wonderful image of the settings. I totally recommend it and will be searching for more of Melissa Marr's books after reading this one.
Read more
Report abuse

Kindle Customer
4.0 out of 5 stars Bitter sweet
Reviewed in the United Kingdom on February 1, 2014
Verified Purchase
I bought the book because of the title - i expected it to be like Darynda Jones books. But it wasn't. Instead it was good strong characters, great imagination and in all, I'm glad I read it
Read more
Report abuse

edward hippard
5.0 out of 5 stars potential
Reviewed in the United Kingdom on October 7, 2013
Verified Purchase
enjoyed the story, slightly off kilter to the norm which, i liked.Can see plenty off room for developement of characters and storyline into something big
Read more
Report abuse
See all reviews
Back to top
Get to Know Us
Make Money with Us
Amazon Payment Products
Let Us Help You
EnglishChoose a language for shopping. United StatesChoose a country/region for shopping.
© 1996-2022, Amazon.com, Inc. or its affiliates