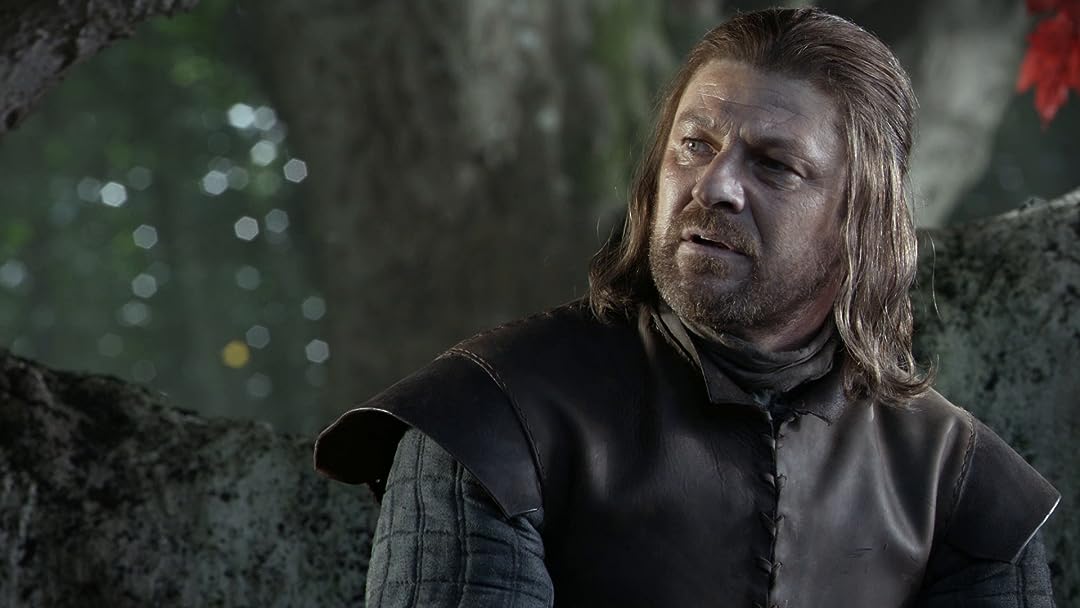 (9,275)
9.22011X-RayTV-14
Get in the 'Game'! Experience the first season of this visionary HBO series set in a mythical world whose inhabitants vie for control of the Iron Throne. But in a land where seasons can last a lifetime, winter is coming...and an ancient evil has awakened.

Angie, RNReviewed in the United States on December 30, 2017
5.0 out of 5 stars
Not as violent as it seems
Verified purchase
I've been very resistant to watching this series. I watched the first episode and there was so much violence, rape, incest, I just didn't want to watch so much smut.
At my husband's insistence, we tried watching it again a year later. If you get past the first show, it really isn't bad. The story is so compelling, it really is addictive to watch and I am enjoying the show.
175 people found this helpful

Bus-Stop ProductionsReviewed in the United States on October 27, 2017
4.0 out of 5 stars
Lives up to the hype
Verified purchase
I don't watch a series until at least two seasons have been released. Then I am careful to cull reviews from "every day people." rather than what is written by the critics. I was going to take a LONG plane ride so I figured that downtime would give me an excellent opportunity to watch the first season in one fell swoop (as I like to do).

I have to say I was impressed with the story line and level of detail from the first minute. It's not very often that the title sequence IS IMPORTANT. I watched it a few times to make sure that I had my "geography" down. I am VERY picky with any type of "story that takes place in an ancient land with knights, armor and horses" but I didn't find myself rolling my eyes at all. The actors have bad teeth and look "grubby enough" for this type of land.

To give an example of other shows I enjoy: Dexter, American Horror Story: Asylum. The Sopranos, Mad Men. I enjoy good writing and a certain level of violence. Give this series a shot, but don't watch it if you can't PAY ATTENTION. It's not for glancing up at while you're folding the laundry.

HualalaiReviewed in the United States on July 4, 2018
5.0 out of 5 stars
The best fake 4K yet ... cancelled my return.
Verified purchase
I have both the BD and the UHD sets of Season 1, and after watching Ep. 1 of UHD (Oppo UPD-205, LG OLED 65", Dolbyvision), I was initially disappointed that it did not have the "Fury look"... the look of a 4K+ capture and 4K DI, and I started the Amazon return process. As an afterthought, I watched the BD versions of Season 1 Ep.1, and I knew from the initial 60 seconds (raising the gate through the Wall to go North) that I had to cancel the return of the UHD. I have returned other "fake 4K" releases ... but HBO worked transcoding magic on this set. The detail in the snow, for instance. In the BD, the snow in the North looks like snow... in the UHD, the snow looks like fake snow if you study it. The detail in the face of the Wall, from dripping icicles in the Wall tunnel, the detail and lighting effects on fleshtones, are dramatically better in the UHD, esp. the high contrast scenes, e.g., candle-lit rooms. The excellent upscaling in the Oppo of a BD source falls far short of what the UHD in the same player does. I wouldn't believe fake 4K could look this good unless I saw it with my own eyes.
74 people found this helpful

Stephen G. ClarkReviewed in the United States on February 11, 2019
1.0 out of 5 stars
Rated X
Verified purchase
Way too many explicit sex scenes. Completely overdone and detracts from what could otherwise be an interesting series. Won't be watching this anymore.
65 people found this helpful

SarahReviewed in the United States on July 27, 2018
5.0 out of 5 stars
Great Series
Verified purchase
I started episode 1 with a friend 5 years ago but it had way too much nudity so we didn't want to watch it. After hearing that everyone else said they started to cut that back after the first season and that the story line was worth it to try and ignore the sexual stuff I decided to watch it. Definitely loving some of the characters and hating the other ones but the story line is fantastic and I can't wait to watch more! I love all things fantasy so seeing that there are dragons, trolls, etc has me hooked!
25 people found this helpful

TheCrazyCanuckReviewed in the United States on June 10, 2018
5.0 out of 5 stars
Purchase if you have a 4k player, they look purdy!
Verified purchase
If you are buying GoT for the first time and have the means to play them back in UHD format then this is the set for you. If so it might take a while to collect them.

I own the 1080p copies and this is absolutely a step up in visual quality. If you already own the 1080p discs then upgrading is questionable but if you are new to the series this is the way to go.

Keep in mind this set does not come with 1080p blu rays so unless you have a "4k" player you will not be able to watch these.
31 people found this helpful

GeeGeeReviewed in the United States on January 3, 2019
1.0 out of 5 stars
Super disappointed
Verified purchase
Not sure what all the hype is about on this one.
21 people found this helpful
See all reviews
Back to top
Get to Know Us
Make Money with Us
Amazon Payment Products
Let Us Help You
EnglishChoose a language for shopping. United StatesChoose a country/region for shopping.
© 1996-2022, Amazon.com, Inc. or its affiliates