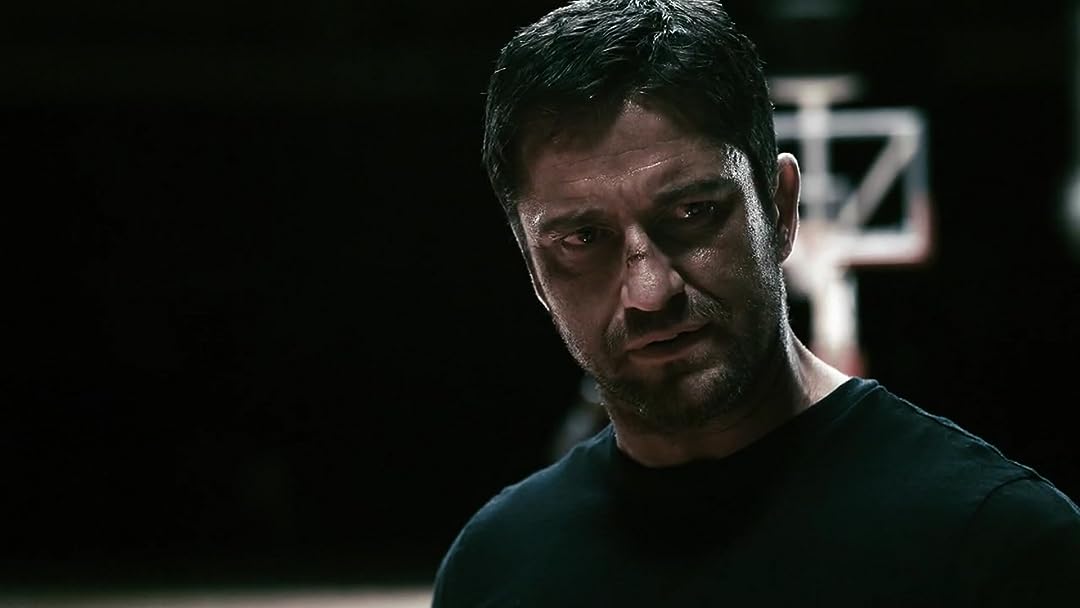 (3,126)
5.71 h 34 min2009X-RayHDRUHDR
When a criminalized super-soldier is subjected to a deadly multiplayer game where his actions are controlled by another human, he fuels a rebellion among the players that brings him head-to-head with the game's twisted creator.

joel wingReviewed in the United States on November 21, 2021
1.0 out of 5 stars
Movie is a total mess of bad writing
Verified purchase
Gamer is all over the place. On the one hand it tries to be this edgy critique of virtual reality and gaming with Ludacris being an online rebel trying to warn the public about the billionaire Michael Hall who runs the most popular Internet sites. On the other hand, it tries to capture the action of some of the most popular games like Call of Duty as Gerard Butler is a human drone being used in a first person shooter game. There are plenty of scenes of him running around battle sites with people getting shot and explosions all over the place. Those two stories obviously meet but they don’t ever mesh. There’s some other weird elements like when Hall busts out in Jazz dance. WTF?!?!?! It’s just some bad writing overall.
4 people found this helpful

Sarah O'hara iwunder5Reviewed in the United States on December 14, 2020
2.0 out of 5 stars
Thumbs down
Verified purchase
I really like action, adventure and drama movies, and It was in a weird way. The story line was missing somehow, the repetitive scenes and light flashes would give you a seizure if you had to watch that, in fact it was like torture or what would be great torture for the enemy!
Love Gerard Butler but even his role did not help the movie. I'm surprised the public rating was more than a 3 in total, I guess that watching or playing an action game would be compatible to this flick.
3 people found this helpful

Kevin HughesReviewed in the United States on February 13, 2021
3.0 out of 5 stars
Interesting concept
Verified purchase
All in all this movie is similar to Running Man, but Running Man is much better. Gerard Butler does great, but literally every other character is kind of obnoxious, or underdeveloped. The part where people are being controlled by other people, and the people controlling them are extremely depraved was an interesting commentary on human nature, but was also incredibly disturbing.
2 people found this helpful

CarlosReviewed in the United States on July 13, 2018
2.0 out of 5 stars
The camera work is really bad in those action sequences
Verified purchase
The camera work is really bad in those action sequences. They dont let the fight scenes be epic its like they are trying to not lose your attention and try to be flashy as possible. The acting was well okay at best. The tone just really didnt sit well just trying to make it as ugly as possible with the people controlling cable and the wife. How this movie was portrayed was some duo working together to stop the villain but then he appears for like 3 minutes then disappears until the very last minute of the movie. No real character development. its a action movie but they could of at least had some emotion coming from the characters or at least a impending doom. The main character didnt even care for the main villian and was like a last minute slap like hey this movie has a plot. Its not the worst thing ive seen it is what it is. A raunchy boring terrible paced movie.
6 people found this helpful

scReviewed in the United States on June 1, 2019
1.0 out of 5 stars
Glitchy Garbage
Verified purchase
Literally the worst movie Gerard Butler has ever played in. The action sequences were terribly filmed, especially for being marketed as a "video game shooter", seeing as how games pride themselves on correct UI and camera maneuverability. The story line was terrible and came off as a smear campaign against online gaming in general and as a warning for "what kids will turn into" given too many violent video games. Because you have to remember every teenager is totally mentally unhinged and WILL turn into a serial killer after buying the latest Call of Duty (insert sarcasm above). The scene cuts and path the story took was broken, confusing, and otherwise unprofessionally done, skipping around from nudity to gore and back again for literally no reason except to be gratuitous and get the movie an R rating. The entire movie felt more rushed than Game of Thrones and maybe is the budget had allowed for another hour of gore and nudity they may have had time to put together a filled out, decent story. Fortunately for every watching the movie the torture didn't last for another hour.
3 people found this helpful

MikeReviewed in the United States on June 13, 2010
4.0 out of 5 stars
Fun over-the-top movie to show off your HDTV! (Blu-Ray review)
Verified purchase
Gamer isn't going to change anything with it's story - it's a good one, but a silly one. If you're looking for a serious action movie or something to really make you think, this isn't it - not only is it a "videogame" movie, it's also done by the guys who did Crank and Crank 2. At this point, most people will probably walk away from the idea - if that doesn't turn you off, you might just love this movie!

I was a big fan of the Crank movies and can "turn my brain off" to watch a cheesy sci-fi action movie and just enjoy the action, colors and effects. Gamer fits into this genre perfectly - it's got the cool action shots, the super-saturation colors and all the fancy CG overlays.

Where the disc really shines is on Blu-Ray. If you have a Blu-Ray player and an HDTV, this will really WOW you. Shot on the RED camera, the detail is incredible (even surpassing Crank/Crank 2). It doesn't stop there - the Audio kicks in with DTS-HD Master audio 7.1, both audio and video are 5-star worthy. Not giving up there, you get some great in-depth features (including an advanced video-commentary that does more than overlay footage on top of the movie (think Watchmens ultimate movie mode on Blu-Ray, where they can pause/stop and add content). They also throw in a digital copy (great for an iPad or iPhone). Overall an awesome package and well worth the cost. The movie won't win any awards, but if you can appreciate a stupid movie, give it a shot. It's not nearly as bad as everyone makes it out to be (at least on Blu-Ray!)

DJCReviewed in the United States on September 8, 2019
1.0 out of 5 stars
Awful and incomprehensible! Don’t waste your money!
Verified purchase
Horrendous version of a great movie. The original release is a four star movie. This 3D is awful. Disjointed story. Impossible to follow if you haven’t seen the original version. Even if you have seen the original it’s almost impossible to follow. Added action scenes are awful and confusing.. Whoever edited this version either did a lot of drugs or needs to find a new career. There is no flow or continuity to this cut. Jumps all over the place. Nothing is tied together and overall makes no sense.
2 people found this helpful

Richard MoreyReviewed in the United States on May 14, 2017
5.0 out of 5 stars
Looks even better in 3D
Verified purchase
A very cool action movie, filmed as if it were 3D originally, even though the budget didn't allow it to be filmed in actual 3D. Later on, it was converted from 2D to 3D, so the depth effects work well throughout the movie, but some parts of the scenes, like people, sometimes look like flat cutouts. Maybe I'm over-analyzing as the film is definitely better in 3D. It's a keeper!
10 people found this helpful
See all reviews
Back to top
Get to Know Us
Make Money with Us
Amazon Payment Products
Let Us Help You
EnglishChoose a language for shopping. United StatesChoose a country/region for shopping.
© 1996-2022, Amazon.com, Inc. or its affiliates