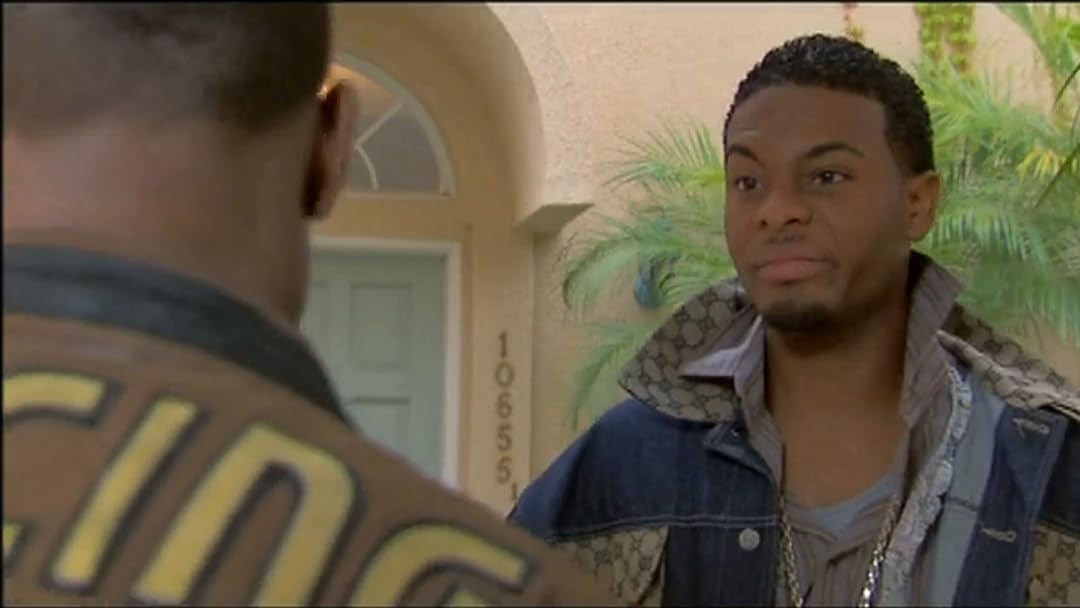 (115)
3.51 h 48 min2005PG-13
Kel Mitchell (of the hilarious Kenan and Kel TV show) stars as Ricky Barry, a talented songwriter who finally gets a meeting with Shane Ross (Katt Williams), the president of the Number One record label in the country. His dreams are shattered when reality sets in: his golden opportunity was arranged as a publicity stunt, and his dream of writing songs turns into a job in the mailroom. On his disastrous exit, he is apparently rescued by the beautiful Kennedy Ross (Bombay), who is not only the daughter of Shane Ross, but has had the number one record on the Billboard Charts for the last five years. Ricky becomes enchanted by her charms and falls victim to her wiles when he finds out his trust is betrayed. A week after his audition for Kennedy, he hears his song, the very one he performed for Kennedy, on the radio. It's Kennedy Ross's new #1 single! He got Ganked! Now he's on a mission to prove to the world that Kennedy Ross is a huge fake, and it's not going to be easy as Ricky uses everything at his disposal to make her life a living hell until she relents.

Watch with ALLBLK
Start your 7-day free trial
Add to
Watchlist
Redeem a gift card or promotion code
By ordering or viewing, you agree to our Terms. Sold by Amazon.com Services LLC.
Write review

B. HowardReviewed in the United States on May 11, 2007
4.0 out of 5 stars
Lighten Up Y'all!
Verified purchase
When I first saw this movie I thought it was hilarious and wanted my own copy. I'm writing a review now because I didn't realize that the movie was supposed to be so terrible. I missed the memo about this movie stating that it was supposed to be taken seriously. The previous movie reviews take me back to when "I'm Gonna Get You Sucka'first came out and my mother's response to it. She thought that was the worst movie ever! She mentioned actors she liked; that were good before "this movie", on and on. Just complaining. I said to her "mom, it's a joke... a comedy, a spoof" She watched it again with that in mind and thought it was the funniest thing ever. Same goes for this movie. Yea, the acting is bad, the singing is horrendous. But that's the point. How many terrible actors, and lousy singers are out there (and being taken seriously by themselves and others)making the big bucks? Obviously the cast of this movie weren't out to get nominated for Academy Awards just some laughs. I think they hit the mark in that respect. Take it with a grain of salt and you'll have a good time. Thanks for the heads up, but I'll get my own copy anyway.
8 people found this helpful

Linsey MontgomeryReviewed in the United States on February 25, 2021
5.0 out of 5 stars
THE BEST MOVIE IVE EVER SEEN
Verified purchase
OMGGG Ive been watching this movie since I was nine when it first came out. It is so low budget, but its the best movie I've ever seen. ICONIC. I remember every line. The songs are so well written and the cast is exceptional. I love Ken Mitchell. I actually met the Stamp Licker in the Mail Room Guy at my job and it was the best moment ever. I come back to this movie every time Im sad. IT THE BUTTERY HOTNESS!!!!!!!!!!!!!!!!
One person found this helpful

Waking UpReviewed in the United States on November 25, 2020
5.0 out of 5 stars
Give it a chance.
Verified purchase
This was much needed during these times. I laughed my butt off.
One person found this helpful

MonicaReviewed in the United States on August 9, 2016
4.0 out of 5 stars
Four Stars
Verified purchase
Hilarious and families can watch it!
One person found this helpful

Amazon CustomerReviewed in the United States on December 20, 2019
5.0 out of 5 stars
Funnyyyy !
Verified purchase
Katt is too much !
2 people found this helpful

MINAReviewed in the United States on October 23, 2011
3.0 out of 5 stars
WASTED MY MONEY
Verified purchase
DUMB and why they called this movie GANKED, was dumb. It only appeared once.

Wish I'd save my money. It's not what they reviewers said, and not funny.

MS.TYRA-BANK'S, A UNFORGETTABLE DIVA.Reviewed in the United States on August 29, 2016
4.0 out of 5 stars
Four Stars
Verified purchase
sweet