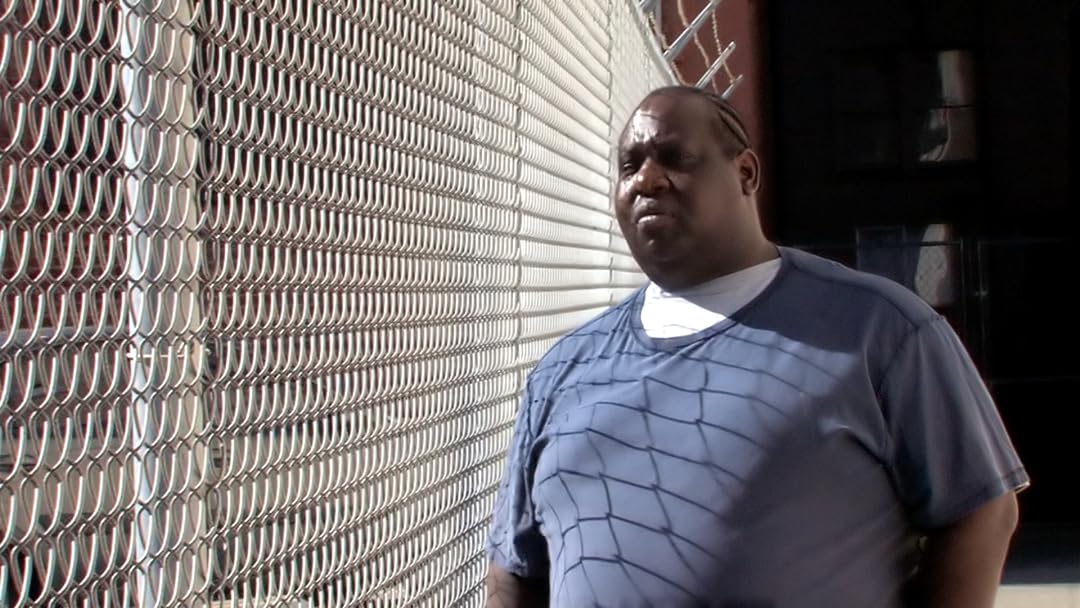 (68)
6.559min201516+
Gays in Prison is a documentary featuring Latrice Royale, popular star of RuPaul's Drag Race, as she reveals her own experiences in jail and explores the stories of other former and current LGBTQ prisoners, who face special challenges, violence and discrimination in the criminal justice system. The documentary is a joint production of Rogue Culture and Logo TV.

Amazon CustomerReviewed in the United States on November 16, 2019
2.0 out of 5 stars
Excuse me but WHERE ARE THE LESBIANS? And...
Verified purchase
I'm a gay man but I cannot stand it when documentaries like this that are supposed to be about "gays" in prison has not a single LESBIAN or FTM transman. Lesbians are gay too and though this doc does highlight FTM transwomen, it does so at the exclusion of many other ethnicities that could use representation too. I applaud Latrice, who is a decent human being, for attempting this but it is highly unbalanced. Also, there is a good deal of time with Latrice repeating ad naseum that the prison experience was transformative as much as laden with pitfalls. Latrice is a great guide but the director/producer of the do should have asked more probative questions for stronger dialogue and messaging. Loved that employment was brought up and that states like Colorado have no protections for trans people who are incarcerated. Some of this is informative stuff, but the rest is just STUFF.
8 people found this helpful

South SeedsReviewed in the United States on September 8, 2021
5.0 out of 5 stars
From a Dyke w Prison Justice Background: Love it!
Verified purchase
So much love and respect for this film and the stories it tells. This doc dives into the stories of currently and formerly incarcerated Gay/Trans people while framing it out with statistics and the beaming, warm rise of Latrice Royal. One reviewer complained lesbians/ftm men are not represented. I worked for years on this issue. Yes it is important BUT lezzz be real ... the SAFETY and targeting of Gay men and Trans Women is a valid focus for this documentary. period. love you Latrice!! and all the beautiful souls sharing their stories.
2 people found this helpful

FroggyReviewed in the United States on February 5, 2019
4.0 out of 5 stars
Informative
Verified purchase
This has a lot of excellent information. There are two reasons I only gave 4 stars. 1st I think this would be better as a series. It only scratched the surface. Make a series please! 2nd all the previews at the end. I do think they offer some suggestions to good documentaries to watch, however there is way too many and I found myself eye rolling at yet another preview.
That being said, this is a good documentary with a ton of information. It is not overly done up. Well worth the watch....
One person found this helpful

KatKat37Reviewed in the United States on February 9, 2020
3.0 out of 5 stars
Very informative but could have done more ...
Verified purchase
I am not an avid watcher of Drag Race, but learning about Latrice was refreshing and potent. Their story of survival and their background is so similar to others in the LGBTQ community, especially those who are black and brown. The statistics were on point. I appreciate the representation; however, I think there could've been more representation of black and brown LGBTQ folks. Additionally, I think the director made a mistake of making Latrice's story sound repetitive. Also, I would've liked to see an interview from a fully transitioned woman or man.
One person found this helpful

TONYA REEDReviewed in the United States on July 25, 2021
5.0 out of 5 stars
I LOVE ME SOME LATRICE ROYALE!
Verified purchase
I have been a fan since Latrice revealed her story on RuPaul's Drag Race, Season 4. Timothy Wilcots is a true inspiration. Also loved her as Fabergé Legs in "AJ and the Queen."
One person found this helpful

Tony CarterReviewed in the United States on December 11, 2016
5.0 out of 5 stars
No "Oz" , which is refreshing
Verified purchase
I believe that this was a very fair outlook on the issue and thru the dignity of not being exploitive and hyper-sexual in its presentation, the documentary served well. Being gay but never in prison is to say that there is more material to explore and would want to see more informative current info on this as the recent past administrations has made /or not made adjustments in the justice department
4 people found this helpful

Ariesspd4Reviewed in the United States on August 15, 2016
5.0 out of 5 stars
Eye Opening Documentary
Verified purchase
I knew that Gays were treating differently in prison, but I didn't know all of the facts. This Documentary was a real eye opener. Thank you Latrice for being brave enough to share your story. I think this would be better as a documentary series, so that more people could get the chance to see all the issues that Gays and Transgender people suffer in and out of prison. Maybe, more people and organizations would be more inclined to help.
2 people found this helpful

Matthew RobaszkiewiczReviewed in the United States on April 27, 2022
2.0 out of 5 stars
Somewhat Informative
Verified purchase
Could be considered interesting and entertaining... Not very well done though.
See all reviews
Back to top
Get to Know Us
Make Money with Us
Amazon Payment Products
Let Us Help You
EnglishChoose a language for shopping. United StatesChoose a country/region for shopping.
© 1996-2022, Amazon.com, Inc. or its affiliates