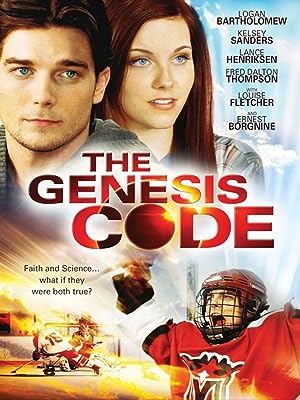 Darren GrantReviewed in the United States on November 3, 2018
2.0 out of 5 stars
A Science Professors Perspective.
Verified purchase
The premise of BOTH Creation and evolution being true is only accomplished by violating the primary beliefs from both sides. First of all, Creation starts with water, and the Big Bang starts with nothing exploding into a ball superheated material. These views are impossible to reconcile even with creative interpretation and physics. Creation has birds before reptiles, and Evolution says reptiles evolved into birds. The most egregious problem between the two worldviews, DEATH BEFORE SIN, is not addressed in the movie at all.

The insistence that Evolutionary cosmology is somehow settled science is laughable. All scientific evidences must be interpreted, and that interpretation is made from the worldview of the person doing the interpretation.

There is a great textbook, which I use in teaching my Earth Science course, on the different views that I would recommend for dealing with the science related to this topic. ISBN-13: 978-1465298102 The Heavens AND The Earth: Excursions in Earth and Space Science 2nd ed.
https://www.amazon.com/Heavens-Earth-Excursions-Space-Science/dp/146529810X/ref=dp_ob_title_bk

There are several bar scenes and a few adult only topics in the movie. I would advise against letting small children watch this movie. There are too many subtile Biblical contradictions to address in a short review. My teenage children were pointing out the inconsistencies and impossibilities with merging the two views. As the movie played they were trying to argue with the actors, so we stopped the movie and discussed the flawed scientific premises along the way. It was a good discussion, but I suspect most teens would not be able to refute the poor logic and contradictions in this movie.

BrendaKReviewed in the United States on June 26, 2020
2.0 out of 5 stars
Sounds good, looks good, but is it good?
Verified purchase
As a Christian, I cannot agree with this supposed reconciliation of so-called "science" and the Bible. Either God is God and the earth was formed how He said, or He is a liar and should not be listened to. Let God be God, and everyone else a liar. For more convincing and supporting evidence of a biblical creation, please look up Dr. Dino and Ken Ham.
7 people found this helpful

Butterflymom54Reviewed in the United States on October 13, 2020
5.0 out of 5 stars
Enjoyable and gives viewer something to think about
Verified purchase
I enjoyed the movie for the second time. I liked how the characters were relatable and realistic on both sides. I tried to keep up during the scenes explaining how Science and Biblical truth square up. As a believer, I choose to believe all the Bible states even when I do not always understand. As far as the ability to reconcile how Science does not always line up with Biblical truth, that's not my responsibility. I am a disciple of the word of God and scripture clearly states sitting around arguing about these matters is not in the plan of Jesus Christ. He knew what this would to to destroy fellowship and cause many to leave their faith. I am at peace with that. I do believe this movie, if watched with patience and an open mind, could eventually bear fruit for those confused. I thought the movie was well done. The part I did not like was when the Father was working out then went to the shooting range. He seemed to be showing off and I was not impressed. Maybe I missed something, not sure. While I do not always agree with all people, I will keep focusing on Christ and I personally recommend this movie. It is clean, no cursing, aggression or negativity. The most challenging part for me was the University advisor attempting to downplay the main female characters faith. I did love how her dad stood up to her rudeness and hypocrisy though. This is a nod to Catherine Hicks acting strength. I wanted to smack her. Enjoy! :)

TPVReviewed in the United States on May 10, 2019
4.0 out of 5 stars
Much better then I imagined
Verified purchase
Very often Christian movies mean well but they can be hokey and not well acted. But this one is not only well acted, but has some important things to mull over. My husband is a college professor, and he says the attitude of the professors in the story are very accurate. If you are just a little interested in how God could have done what He did, maybe you should invest a little time in this movie.
7 people found this helpful

JeannetteReviewed in the United States on July 31, 2020
5.0 out of 5 stars
An Excellent Family Movie: I Highy Recommend
Verified purchase
The plot is very good and the script is outstanding, even though it is not what the Hollywood world views as award winning. The actors are well fit to the parts, the characters are engaging and the progression of the movie isn't slow nor does it stagnate.

There are two plots in the movie and two climax points. If the ending was written any different, I would say the climax came too early. However, the right ending is in place.

Never before have I watched Darwin, Einstein, and Newton used to explain the Bible, especially Genesis. The idea of physics explaining the first chapter sounds insurmountable until you see it in action. This is genius and a must see. Youth groups and home schoolers teaching religion will love this movie. IT will spark lots of healthy debate.
One person found this helpful

CrochetingbyaimeeReviewed in the United States on July 25, 2018
5.0 out of 5 stars
Excellent and well worth ten Stars
Verified purchase
I just watched it on Prime. I'm very glad I stumbled upon this movie. It's an excellent "collision" of the big bang and the book of Genesis depicting the six days of creation. Recommend it and watch it twice. I'm going to watch it again.

The young actors are excellent in each roll. I felt the emotion, the enlightenment and the bewilderment of decisions.
3 people found this helpful

BizDrReviewed in the United States on September 13, 2020
5.0 out of 5 stars
It Opens The Mind
Verified purchase
Too often, people limit their understanding to their perspective alone. This movie opens our minds to more than we can think on our own. As for God, there is no way our feeble minds can comprehend...we can take a crack at it and maybe figure out a tenth of a percent.... The only drawback to this movie was the presumption the Genesis Code is the answer, when it's likely less than a tenth of a percent of it....

PCReviewed in the United States on March 26, 2021
5.0 out of 5 stars
Had to buy it
Verified purchase
Fictional but believable reconciliation of science versus Bible Genesis wrapped in a fairly good story. But if obvious Christian plots and stories offend you, you won't like this. I watched a library copy so many times that owning it was a matter of when, not if.
One person found this helpful
See all reviews
Back to top
Get to Know Us
Make Money with Us
Amazon Payment Products
Let Us Help You
EnglishChoose a language for shopping. United StatesChoose a country/region for shopping.
© 1996-2022, Amazon.com, Inc. or its affiliates