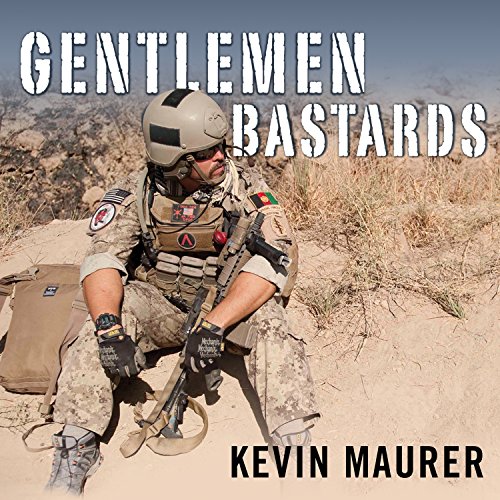 Gentlemen Bastards: On the Ground in Afghanistan with America's Elite Special Forces

4.2 out of 5 stars
4.2 out of 5
234 global ratings
How are ratings calculated?
To calculate the overall star rating and percentage breakdown by star, we don’t use a simple average. Instead, our system considers things like how recent a review is and if the reviewer bought the item on Amazon. It also analyzes reviews to verify trustworthiness.
Top reviews

Jack Murphy
5.0 out of 5 stars Tells it like it is
Reviewed in the United States on October 23, 2013
Verified Purchase
The mixed reviews of this book on Amazon are the unsurprising result of the author writing the truth. That many did not like it is reflective of America not understanding Special Forces or the Special Forces mission. Real life does not fit itself into a 3 1/2 minute music video or a 2 hour feature film designed to excite the audience. A real combat deployment involves long periods of boredom and frustration with the occasional moments of sheer terror. Kevin captures this in this book. The public has been somewhat propagandized by the over glorification of Special Operations and also by combat memoirs which focus on the highlights of a soldier's 20+ year career. That and some of those other books are filled with lies and exaggerations about combat exploits.

I thought the author did a good job in capturing the culture and mission of Special Forces. These guys are a unique animal within the Special Operations community. Although I served in Iraq with 5th SFG I found that the experiences described in this book mirrored my own experiences, word for word in some cases. Battling both the American and Indig bureaucracy, the frustration of dealing with backwards and often corrupt third world officials, shifting missions, confused commander's intent, and the general experience of being a legionnaire on the fringes of the Roman Empire, it is all here.

There are not many good books about SF, but this is one of them. War Story by Jim Morris is great, but that was the Vietnam War. Yellow Green Beret by Chester Wong is the only other modern SF non-fiction book I know of that really captures the experience. If you want to get really depressed, read Gentlemen Bastards alongside War Story. Iraq, Vietnam...Communist, Terrorist...these terms are interchangeable in oh so many ways. Some things never change.

Gentlemen Bastards is not sexy, cool, or action packed but it is real and it is honest. Kevin's recommendations and observations at the end of the book are uncomfortable and somewhat painful for many of us, but needed. Sometimes there is a difference between what we want to hear and what we need to hear. I highly recommend this book to civilians who want to learn about Special Forces.
Read more
151 people found this helpful
Helpful
Report abuse

Jack Shack
4.0 out of 5 stars boring and a waste of time
Reviewed in the United States on December 24, 2019
Verified Purchase
if you want to read about sitting around a base and what it's like to eat food and talk to dudes while sitting around and eating then this might be for you. there is absolutely nothing interesting and ZERO action in this book. You see a green beret on the cover and the name is Gentleman Bastards and you expect an exciting book but then all you read about is base life and super dull drives from one base to another. This book can be summed up on one episode on TV of special forces working with indigenous people and talking to village elders. It does not require a whole book. I feel sorry for this author who went to the crap hole and never saw a single fire fight and ended up writing about crap-nothing.
Read more
Helpful
Report abuse

JT Patten
5.0 out of 5 stars The Green Berets
Reviewed in the United States on May 26, 2013
Verified Purchase
Robin Moore's Green Berets was one of the first books I read about special forces in my youth. It has been over 20+ years since, and after reading Kevin Maurer's Gentlemen Bastards I have now seen a solid depiction of the men and the mindset of this unique special operations force. The book is not a high octane shoot 'em up, nor do I believe it was intended to be. SF was not created to be a pure direct action military resource as it has too often been stereotyped to be in the last decade. Maurer tells a story of his experiences in a small capture of the war in AFG to provide the reader a glimpse of Special Forces. His depiction is very accurate of the men, the mission, and the internal and external dynamics between SF Groups and SOF community. It is well written and tells a great story in a style of a quiet professional--humble, at times funny, and with balanced self-confidence. Maurer's time as an imbed served him well. This book is a must read for people who want a personal look inside the closed community and the differences and personalities there within. Moore would be proud.
Read more
11 people found this helpful
Helpful
Report abuse

Knight85
3.0 out of 5 stars I don’t know
Reviewed in the United States on August 31, 2019
Verified Purchase
I would not recommend this work. While there was interesting description of of life in the Special Forces, the almost “ho-hum” narrative was not inspiring. The message was that most of the time the life imbedded was “ho-hum”, but also, I felt the message was delivered in a “ho-hum” way. I’m sure the author could have done a much better job if a little passion for his work found its way into his writing.
Read more
One person found this helpful
Helpful
Report abuse
See all reviews

Mike babcock
4.0 out of 5 stars Decent read
Reviewed in Canada on May 5, 2019
Verified Purchase
It was nice to read from a different point of view. Not the most entertaining though
Read more
Report abuse

mandeep ahlawat
1.0 out of 5 stars Over Priced
Reviewed in India on August 21, 2020
Verified Purchase
Book is being sold at more than double MRP rate printed on book
Read more

1.0 out of 5 stars Over Priced
Reviewed in India on August 21, 2020
Book is being sold at more than double MRP rate printed on book
Images in this review

Read more
Report abuse
Translate review to English
See all reviews
Back to top
Get to Know Us
Make Money with Us
Amazon Payment Products
Let Us Help You
EnglishChoose a language for shopping. United StatesChoose a country/region for shopping.
© 1996-2021, Amazon.com, Inc. or its affiliates