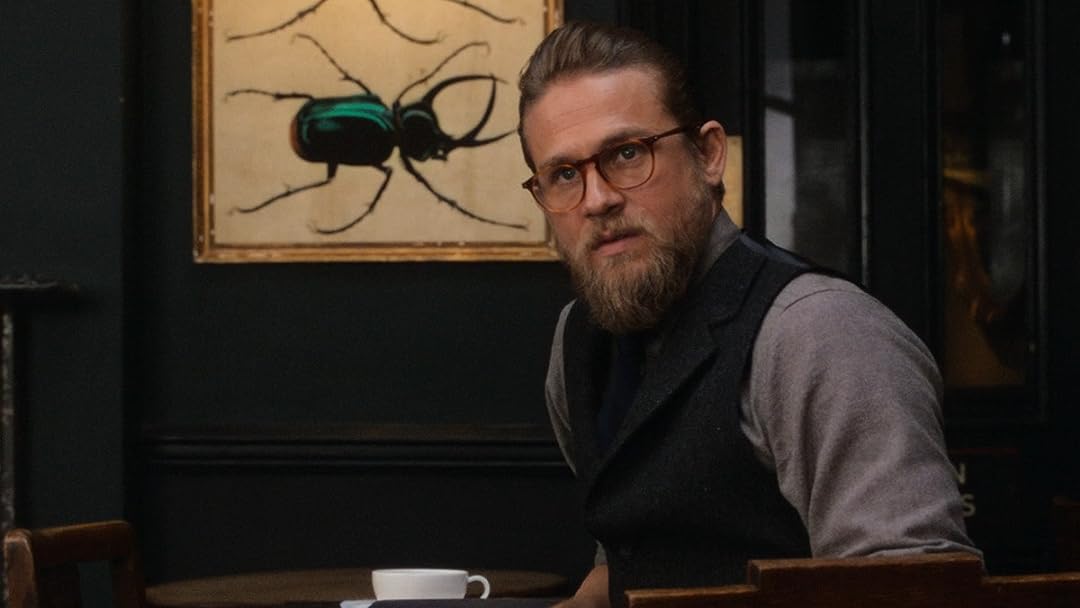 (52,954)
7.81 h 53 min2020X-RayR
American expat Mickey (Matthew McConaughey) is the kingpin of a marijuana empire in London. When he decides he wants out of the business, however, he becomes the target of multiple schemers trying to steal his domain out from under him.

SHAWN K.Reviewed in the United States on March 24, 2020
5.0 out of 5 stars
Great Film, worth a watch, worth a re-watch, a good successor to movies such as "Snatch"
Verified purchase
I have to say I cannot understand the negative review on this film. I have watched it multiple times and I must say I love it. It is smart, entertaining, well written, and all around fun.
202 people found this helpful

Amazon CustomerReviewed in the United States on March 26, 2020
5.0 out of 5 stars
My Favorite Guy Ritchie
Verified purchase
I am a HUGE Guy Ritchie fan, and this flick does not disappoint. I've watched it quite a few times already and it gets better with each viewing. Storytelling at its finest.
140 people found this helpful

Marissa J. BradshawReviewed in the United States on April 6, 2020
5.0 out of 5 stars
If you didn't like Lock Stock, or you didn't get Snatch, you might wanna pass on this, too.
Verified purchase
Outstanding, hilarious movie. Colin Farrell nearly steals the show. This is one of those fabulous, clever UK movies like Shallow Grave, Rock n Rolla and Layer Cake. Yes, it's profane, and yes it's violent, but it's also really fun. Saw it in the theater first and I've got to say, a lot of the people who bought seats had no idea what they were in for.
It's not nearly as frenetic as Sherlock, nor is it as polished and slick as King Arthur, but it's urbane and amusing and the actors are terrific. Who would've ever thought Hugh Grant could lech quite so well, or Collin Farrell pull off old, track suit wearing, unassuming and thugly? Some won't get it, some won't like it, but for the rest of us, it's a lovely romp.
129 people found this helpful

StelianReviewed in the United States on March 25, 2020
5.0 out of 5 stars
Guy Ritchie's creativity has started flowing again.
Verified purchase
I love the fact that Mr Ritchie has gone back to his roots (Lock Stock / Snatch) with this film.
I found it different, yet the same genre.
Funny at time (as expected).
Trilling, yet relaxing.
In a convoluted, but easy to follow story.
Brilliant script and story telling.
So thankful that he has gifted another masterpiece to the world : )

Jgsg26Reviewed in the United States on March 27, 2020
5.0 out of 5 stars
5 STARS!!!
Verified purchase
I love all Guy’s movies!!! This is definitely one of my top 3 movies. I love the actors n the I love the twists he puts in his movies. Definitely watch this, u won’t be disappointed!!!!
77 people found this helpful

SherrieReviewed in the United States on April 2, 2020
5.0 out of 5 stars
Loads of Fun!
Verified purchase
The movie started out a bit slow, but more than made up for it with a bang-up final two-thirds. The cast and characters were amazing -- funny, interesting, and quirky in the classic Guy Ritchie style, with plenty of snappy dialogue, terrific action scenes, and just enough plot twists to keep things interesting.

The dude from Sons of Anarchy did a great job, and Hugh Grant was spectacular as a slightly slimy investigative reporter. But it was Matthew McConaughey who stole the show as a brutal, yet affable, drug kingpin who doesn't take too kindly to those who try to cheat him.

I'm glad I bought it, rather than rented it, because this is one we'll definitely be watching again. And again.
68 people found this helpful

KimcheepineappleReviewed in the United States on April 12, 2020
1.0 out of 5 stars
???
Verified purchase
Couldn’t get through it. Not even Matthew M. could save this movie. It lacked originality. And the look of the movie felt more important than substance. I was able to watch 20 minutes. That was it. Hugh Grant’s monologue in the beginning felt flat. It seemed somewhat reminiscent of Pacino’s at the end of Devil’s Advocate. Grant’s character was trying to get somewhere with his rant. I don’t know where that is. But it wasn’t good. :( If you must see it, wait for it to be a 3.99 rental. You’ll be glad you did.
40 people found this helpful

sammyReviewed in the United States on April 16, 2020
1.0 out of 5 stars
Don’t waste your money!
Verified purchase
This self-indulgent director, Guy Ritchie, was more concerned with showing how ‘cool’ a director HE was than with making a good movie. However, he’s just another egotistical director willing to sacrifice a good cast to further his own ego. I always watch a movie ‘til the end; especially one that I’ve paid for, but I couldn’t get through this absolute ‘train wreck’ of a movie. It’s no wonder the movie industry is going ‘down the tubes’ when garbage like this is allowed to be passed off as entertainment!
35 people found this helpful
See all reviews
Back to top
Get to Know Us
Make Money with Us
Amazon Payment Products
Let Us Help You
EnglishChoose a language for shopping. United StatesChoose a country/region for shopping.
© 1996-2022, Amazon.com, Inc. or its affiliates