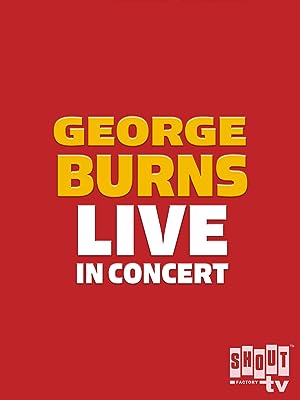 Watch with Shout! Factory TV
Start your 7-day free trial
Add to
Watchlist
Redeem a gift card or promotion code
By ordering or viewing, you agree to our Terms. Sold by Amazon.com Services LLC.
Write review

Raisuli the MagnificentReviewed in the United States on March 22, 2017
4.0 out of 5 stars
I'm sorry it's not the original version.
Verified purchase
I remember when this was first aired. I'm almost of the opinion that it was on HBO, and then it was reaired on regular broadcast the following year or two after. Hence that's why there are commercial breaks. But, rest assured, the original program did not have the commercial breaks which constitute the black areas that other reviewer are griping about.

I guess my only real complaint is that this is only an hour long. I do seem to recall the original HBO special went on for nearly two hours (maybe an hour and a half), and you saw more of the audience. And, I think there also might have been audience participation in this thing, but my memory's a little hazy.

Burns revisits his vaudeville days, and delivers a one man show with witty quips that require a little intelligence to ponder and laugh at. Burns comes from an era when clean humor was recognized as being needed in certain venues and for certain audiences, and that as funny as some blue humor could be, or allusions thereto, blue humor was not "the only game in town" so to speak.

Burns recounts several anecdotes for the audience who laugh and applaud at his delivery as he tells of parties, entertainers long gone, and how sex is on everybody's mind in a very clever and un-tawdry manner, but with bawdy overtones without a lot of the abrasive behavior and rude lexicon employed by so many other younger comedians at the time.

I am sorry this is not the original show as was first aired, but a made for broadcast "non-cable" version, because the show is quite entertaining in its original form. If you don't mind commercial breaks without commercials, then maybe see this once. If not, then pass it up for something else, because you will be bothered by the minute and a half black areas separating several minutes of Burns doing his thing on stage.

Karvin SpurgeonReviewed in the United States on July 21, 2019
5.0 out of 5 stars
George Burns: A great comedian
Verified purchase
George Burns once said in an interview (a few years before he passed) that he could only stand for a few minutes at a time, unless on stage, when he could stand for a full hour. That was how much he loved his work. He was a great comedian from a previous age and we are lucky his shows are still available to take older people, like me, to revisit our past and to give younger people a chance to see it. He is missed!
One person found this helpful

DeltaTechReviewed in the United States on August 13, 2018
1.0 out of 5 stars
Boring stories about people I've never heard of. I like his older shows a lot better.
Verified purchase
I gave George Burns a try since I've heard he's a comedic Legend and do respect and had liked his early T.V. shows, I don't comprehend why watching him talk about himself and brag on stage would be entertaining. As I sat and watched, I realized I was watching an old entertainer that I had not heard much about,talking about directors, movies and other entertainers that I hadn't heard of, I just couldn't relate to his stories so they didn't seem funny at all.
I have seen some of George Burns very early shows and do like them, I'm realizing that I only like his early style, he comes across to me as someone constantly bragging and inflating his ego in his later shows.
One person found this helpful

J. WilliamsReviewed in the United States on August 4, 2018
5.0 out of 5 stars
Witty and Charming!
Verified purchase
I always loved George Burns and miss his wit and charm. He was so funny and entertaining, and he didn't disappoint in this TV appearance. This is such great entertainment that is so missing today. A lot of stand up comedy now can be so raw and raunchy, and this proves it doesn't need to be. He still talked about sex, for example, but used the euphemism of "coffee" when he did. It actually made it a lot funnier because he talked about it that way. Loved it! Highly recommended!
One person found this helpful

Amazon CustomerReviewed in the United States on June 15, 2017
5.0 out of 5 stars
Oh but to have this quality of entertainment from Hollywood today.
Verified purchase
George at his best, in front of a live audience. What happened to this type of quality entertainment? Good clean fun.
Hollywood today should take lessons as to whaat good entertainment is from George and his generation
It would be nice if the removed the blank spaces from this, that would make it perfect.
One person found this helpful

Joshua CoyneReviewed in the United States on October 6, 2016
5.0 out of 5 stars
good fun show
Verified purchase
Absolutely worth watching. No swearing, some innuendo, good fun show. Don't be surprised when the screen goes black for a couple minutes; it's a commercial break. This was clearly a TV special that has not been reformatted. Just skip ahead.
2 people found this helpful

jim p.Reviewed in the United States on November 10, 2020
2.0 out of 5 stars
Well it is George Burns
Verified purchase
This was old stick in the 40's, sorry I like George ,... this does not, Not holdup.

Joe CsekoReviewed in the United States on October 17, 2020
5.0 out of 5 stars
This man was amazing!
Verified purchase
...period!
See all reviews
Back to top
Get to Know Us
Make Money with Us
Amazon Payment Products
Let Us Help You
EnglishChoose a language for shopping. United StatesChoose a country/region for shopping.
© 1996-2021, Amazon.com, Inc. or its affiliates