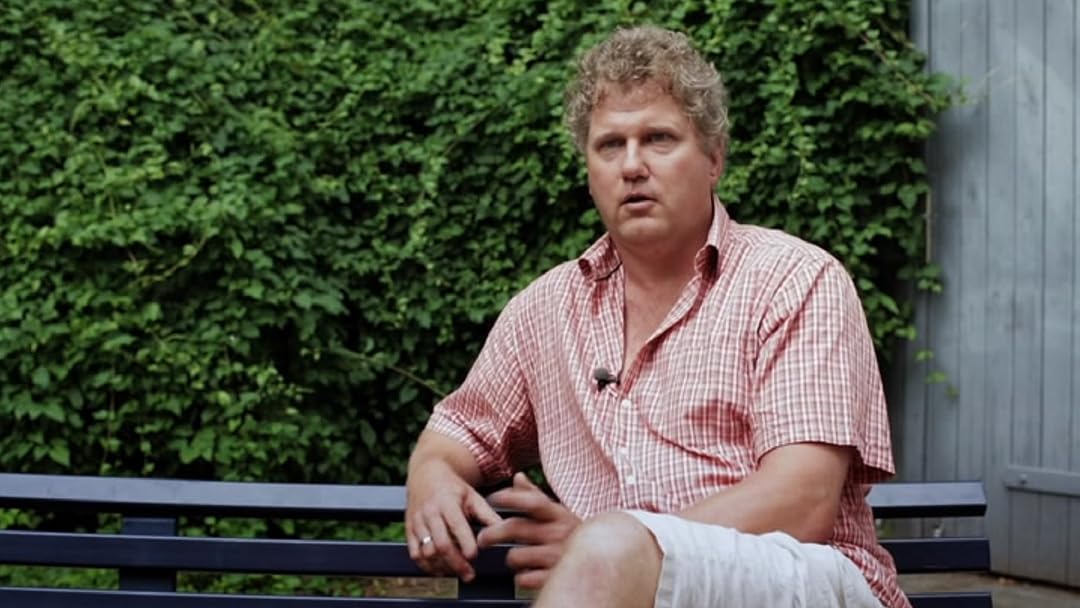 StraubingReviewed in the United States on November 30, 2019
1.0 out of 5 stars
What a crock of poop
Verified purchase
My mother is Bavarian, my father was from Ohio. Jews were deported from her town in 1942, and blacks were not allowed in my father's town after sunset. I had one German uncle who very much enjoyed life in Germany during the Third Reich. I had three American aunts and my American grandmother who complained about whites mixing with blacks in the 1960s. Absolutely no way will I blame all Germans and Americans for causing the atrocities that happened in both countries, and absolutely no way will I assume any guilt for the past. We are now too far along to believe one certain ethnic and/or racial group is responsible for hatred; we now know just what human beings, ALL of them, are capable of.
11 people found this helpful

JimReviewed in the United States on October 15, 2019
5.0 out of 5 stars
Necessary and difficult conversations
Verified purchase
Identity is complicated and the negotiation of history and memory in relation to identity is even more complex. What is so interesting and uplifting about this film is that it shows people willing to grapple with the difficulties of a painful past. Would that it be so in all countries blotted with the stains of racism, genocide, and cruelty.
9 people found this helpful

Chris h.Reviewed in the United States on December 28, 2021
2.0 out of 5 stars
humanities continued cycle of oppression- now in "PC vision"
Verified purchase
The title & preview sure was misleading. Made it look like this documentary was more so about repentance, acceptance (those guilty & to move ahead for the betterment of all on both sides), reconciliation, & growth . The awareness/realization/understanding all the responsibility, guilt, & shame belong in its entirety SOLELY upon those malevolent souls (including those complacent of those horrors) during the 30's on up to the end of w2/holocaust.
Passing it all on to every generation after is not justice and in doing so it ends up repeating the cycle of violence- inevitably twisting into the devil you once faced & the cycle repeats again.

This documentary stars mostly people living/behaving to the opposite of wants/ideas of healing & moving for betterment and so very few people who are taking those steps to betterment.

It sure gave an impression of the jewish cast have an exaggerated superiority complex, mashed together with a "every german ever owes me" entitled persona. fragile sense of self, fragile confidence, little self control, no emotional regulation, low if any emotional recognition, no sympathy/empathy to/for any german of any generation/age (this is, at its essence, racism very similar as early nazis were to Jews), & resiliency. unable/refusal to answering much deeper questions from these germans, who are expressing (unheard of in my area) emotional vulnerability and (i hate this next 1) wording sensitivity "PC", striving to understand & connect with them. known as empathy in this case (not including "PC")- it enables one to immerse themself in the others shoes, feel what they feel, see what they see, experience what they experienced within their mindscape

This is what i hear from most of the jews on camera-
Your not allowed say anything i dont like, ask serious questions, or any form of meaningful conversation.
Do as i say not as i do or I'll jab into that misguided wound of guilt & shame belonging to an ancestor of yours. Im entitled to harboring my moral superiority over you genocidal germans. I wont engage in any non malicious intent, completely open with both parties, honest, deep, or heartfelt conversations with any germans. I know you have questions, IDGAF.
i refuse to acknowledge & accept responsibility of my behavior or harm it may cause- intentional or not; besides, i like how meek & vulnerable you germans are

What i hear from the germans on camera-
I have no backbone, i cant say in public anything resembling Patriotism, if a jew is involved just retreat within, I harbor unrealistic unjust guilt & shame- belonging to a family member- as if i have killed jews with my own hands & actions.

What germans on camera are trying to say/do but coming out counterproductive-
What my ancestors did to the/you jews was a horrific atrocity. I'm so sorry, i will remember so history doesnt repeat. Lets leave all the hate & pain in the past, what i would like/hope is to help each other heal those wounds. then we can work together as equals to build this country of ours as a testament and dedication to never stop growing to never stop striving through life to do better & be a better person.
Lets create fulfilling futures for us, our children, our people, and one day our world.
Or we can continue, as all civilizations have, repeating this unbroken horrific cycle all documented since the beginning of recorded history. Nothing changes if you keep doing the same thing

Yup withdrawing within yourself, closing off your heart, or giving into hate & violence is much much easier... BUT EASIER DOESN'T MEAN IT'S CORRECT NOR DOES IT MEAN IT'S THE RIGHT THING TO DO.

cMSReviewed in the United States on November 29, 2019
5.0 out of 5 stars
America could certainly take a lesson here.
Verified purchase
Just imagine if the citizens of the U.S. could be so brave to acknowledge its past and allow some healing, rather than perpetuating it even further. I want to visit Berlin now.
9 people found this helpful

Victoria EvrardReviewed in the United States on November 18, 2019
5.0 out of 5 stars
Valuable
Verified purchase
I'm glad I watched this program. I'm glad that Germany has progressed towards the ideals of equality for all human beings. I'm especially glad that some people spoke out about the pitfalls of glorifying any one group. For Germans grappling with a horrendous past, it's comforting to know that people are asking the hard questions and not shying away from the answers. I hope it continues.
5 people found this helpful

Mark EubankReviewed in the United States on December 16, 2019
1.0 out of 5 stars
A dinner party?
Verified purchase
This documentary starts out with a dinner party for Jews and Germans and basically fans out to repeat the PC process. Sorry. It takes more than that. I remember the many other documentaries questioning the germans and in short it was, "We knew they were put in Camps but we didn't know they were being killed. We never would have been for that."
Think about that answer. They are okay with the theft of wealth and okay with imprisioning them."
Your going to need to do more than talk or build a monument. You better cure a disease, solve the energy crisis, the food crisis or something that actually contributes to humanity if you are to regain your humanity. That goes for Muslims, The history of the Democratic Party with Indians and Blacks (yes it was democrats who did these things) and let's not forget Japan and their sins nor the 1960s so called Peace movement that the Killings fields that were a direct result of that as well.
The real question is and should be, "what have you contributed to humanity after this behavior?" And it should amount to more than 600 horsepower gas guzzlers on the autobahn or Godzilla or Political Correctness.
5 people found this helpful

Steven C. AdlerReviewed in the United States on November 23, 2019
5.0 out of 5 stars
Guilt, healing, and the guilt of the healing.
Verified purchase
A wonderful opportunity to hear intelligent and heartfelt discussion from both perspectives of the decedents of the holocaust -- about the complicated dynamics of guilt, healing, and even the guilt of healing between Germany and Jews. If you watch a lot of WW2 documentaries, this show may for the first time give you some glimmer of hope for humankind -- that out of the ashes of the atrocities of our not too distant past, humankind also has a deep capacity for healing and growth anew.
5 people found this helpful

JonReviewed in the United States on November 13, 2019
5.0 out of 5 stars
Germany Today
Verified purchase
Fascinating and informative. The National Socialists were evil and it stained Germany for generations but it is time to lift the burden of guilt from the generations now living in Germany. Many Jewish people have moved on as well. Never forget for sure but now move on. One of the best films I have seen on Amazon Prime. I am not Jewish but my wife is and she lost much of her mother's family in Auschwitz, I also worked at the Holocaust Memorial Museum in Washington. All people should watch this documentary.
4 people found this helpful
See all reviews
Back to top
Get to Know Us
Make Money with Us
Amazon Payment Products
Let Us Help You
EnglishChoose a language for shopping. United StatesChoose a country/region for shopping.
© 1996-2022, Amazon.com, Inc. or its affiliates