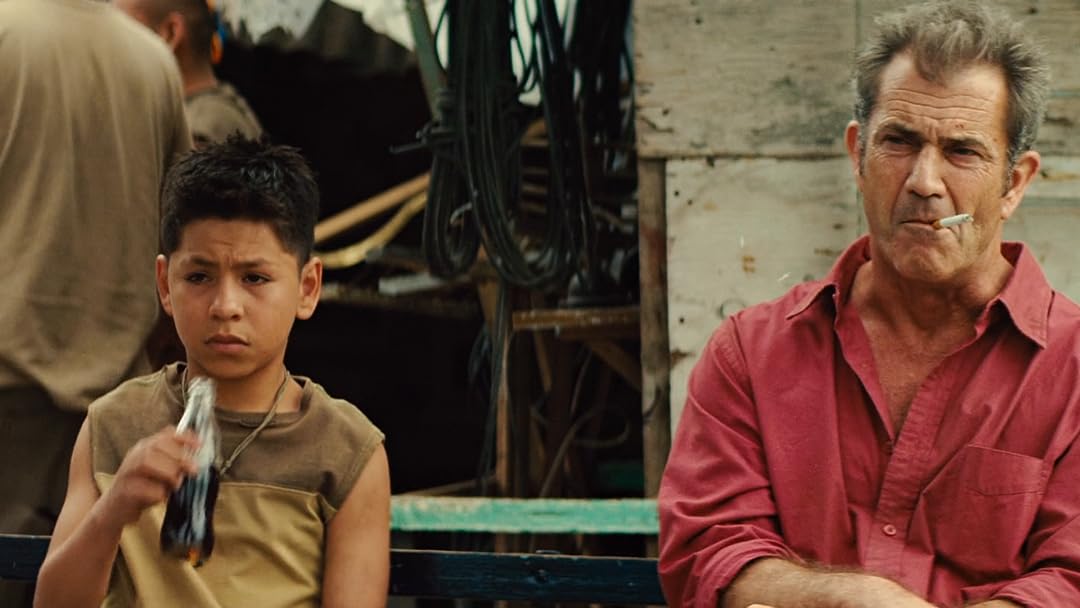 (1,271)
1 h 35 min2012X-RayR
A career criminal nabbed by Mexican authorities is placed in a tough prison where he learns to survive with the help of a young boy.

V KoontzReviewed in the United States on October 25, 2020
2.0 out of 5 stars
Where are the translating subtitles!?!?!?
Verified purchase
I have rented this before and when Spanish was being spoken, it had English subtitles. Key parts are lost, so don't waste your time watching this knock-off. This is an outstanding movie, but half of it is lost without the translation. Shame on you AMAZON!!!
26 people found this helpful

James MReviewed in the United States on January 15, 2019
5.0 out of 5 stars
I missed this gem!
Verified purchase
I had to add my 5 cents to the critics and 5 stars to the bottom line. Great movie!!! Not to be missed.
Not going to rewrite the script but another reviewer suggested it was almost like Mel's character from Payback in a much later sequel. I agree. Scrappy thief and con artist commits a robbery and ends up in a Mexican prison. While there he befriends a young boy and has to work on getting his money from the local police while saving the boy's life. This movie does not let you down. It has a good quick pace with lots going on. Some very clever plot twists and a relatively unique story line. Mel's chain smoking, gritty, no name character with inner monologue is very reminiscent of Payback.
Rated R for language and violence with many sexual inferences. Not a movie for the kiddies.
If you are a Mel fan and have not seen this one... it is worth the rent and even a spot in your library. It is not as 'crisp' as Payback but it is a close follower. I gave it 5 stars for a great movie that I did not realize I had missed when it came out. Enjoy!

byrondesignReviewed in the United States on March 5, 2017
5.0 out of 5 stars
Viva la Gringo!
Verified purchase
Decadent good fun and highly entertaining, I wish I had watched Get The Gringo sooner! All the fun of a cerveza drenched, reckless Mexican vacation without the lingering stomach ailments. Get The Gringo is a bit of an old school throwback, sort of a Bring Me The Head Of Alfredo Garcia meets Hong Kong cinema with a gritty, modern noir visual flair. Sam Pekinpah fans (The Wild Bunch, The Getaway, Bring Me The Head Of Alfredo Garcia) will love this return to form for Mel Gibson. The premise is implausible but terrific work from a great cast, filmed with rich visual style, and crisp editing move this South Of The Border adventure deliciously along leaving you wanting more. The quick dialogue, explosive action, and blood splattering on the screen isn't for those who sip margaritas through a straw, Get The Gringo is the type of film that drinks the whole bottle of tequila, and then eats the worm. Salud!
14 people found this helpful

Inquiring MindsReviewed in the United States on June 24, 2019
1.0 out of 5 stars
This one is so messed up - it's not worth reviewing
Verified purchase
The sub titles were almost totally unreadable and when you could hear some real talking - it was all loaded with F*** bombs. Another joke pulled on unsuspecting buyers - thinking the Brand name actor would deliver the movie - wrong.
If you think Mad Max was lousy you ain't seen nothing yet - just waste your money on this one.
8 people found this helpful

AdmitOneReviewed in the United States on October 26, 2019
1.0 out of 5 stars
Somewhat disturbing.
Verified purchase
Absurd plot. Violence, torture, organ harvesting. Storyline includes a 10 year old using the famous four letter word and smoking. The rest of the movie could be described as a bad guy against the "badder" guys, so he must be the good guy story. If you have another choice, take it.
8 people found this helpful

Harry MillsReviewed in the United States on November 23, 2019
5.0 out of 5 stars
Tightly crafted and fast-paced.
Verified purchase
This is one you'll want to watch more than once. Great to have in your collection, because you pick up on something new, every time you watch it. At first, you might think it's a string of improbable coincidences, but as it plays out, you see a lead character uniquely equipped to navigate those shark-infested waters, and the more corrupt the system, the weaker and more vulnerable the whole thing is to disruption, because of all the incompetence and overconfidence that goes hand in hand with the corruption.

Remember who Reginald T. Barnes is, and ask yourself how bad you really think The Gringo is. Is he a bad guy or a good guy in extraordinary circumstances? And whose money was it in that getaway car, anyway?

If they ever make Mordida Man in the next few years, Mel Gibson's the guy to play the lead.

VanceReviewed in the United States on June 15, 2015
4.0 out of 5 stars
A Solid Return to form for Gibson
Verified purchase
Nothing good comes to mind when you hear the words "Straight to Video." The first image that comes to my mind are those cheap knock-off movies that used to fill the local Blockbuster's shelf in the '90s starring low-end TV actors or washed up stars desperate for title roles. So, when I saw that Mel Gibson's 2012 action film "Get the Gringo" was going straight to DVD/Blu-ray I immediately expected the worst... but, much to my surprise, when I finally sat down with the film I discovered a solidly entertaining action romp. I'd go far as to say that "Get the Gringo" is the most entertaining film from writer/star Mel Gibson since his *ahem* incident.

Get the Gringo is directed with a good amount of style by Adrian Grunberg (who previously worked with Gibson as the Assistant Director on Apocalypto) and stars Mel Gibson as "Driver," a wisecracking, inner-monologuing criminal who winds up in a Mexican prison following a botched job. The prison isn't anything like what we have here in the states, seeming more like a ghetto mixed with a flea market that a correctional facility (having not researched this topic, I'll take it on the filmmaker's word when they said they were inspired by a few actual prisons in Mexico) There, he In the prison he befriends a young boy who is kept as the local crime boss's replacement kidney (you see, he's already gone through several kidneys, including the boy's father). This is the set up for a madcap action thriller with Driver trying to get back his money and protect the boy and his mother from the crime boss.

As you probably could gather, Get the Gringo doesn't feature Braveheart quality writing, but, for what it is, "Get the Gringo" is a solid action-thriller that reminds us why we used to love seeing Mel Gibson on the movie screen. He plays Driver with that same cocksure charisma and energy that made him one of the greatest action stars of the '80s-'90s. Very few actors pull of this kind of hero as well as Gibson and it really i

Unfortunately for "Get the Gringo", Gibson let alcohol get the better of him prior to Get the Gringo's intended release, which resulted in another leaked tape and 20th Century Fox choosing to release the film straight to DVD/Blu-Ray. It's a shame, because "Get the Gringo" is a much better return to form for Gibson as an action star than 2010's Edge of Darkness.

If you're a fan of classic Gibson action roles (and can separate the actor's work from his tumultuous personal life) you'll probably have a lot of fun with Get the Gringo. It isn't a great action film, but it does have a remarkably entertaining performance from Gibson, and a handful of solid, stylish action sequences certain to entertain fans of the genre.
13 people found this helpful

Kevin CarhillReviewed in the United States on October 22, 2019
4.0 out of 5 stars
3 1/2 Stars- It's like A Fist Full of Dollars in prison
Verified purchase
I did not like the direction of this film... I HATE shaky cam. I did not like the way the action scenes were cut. I thought that the night scenes were shot too dark and they tried to compensate for it by over saturating the film (the night scenes reminded me of the look of Batman & Robin). And I do not like voice over narration, especially when it seems unnecessary as it did in this film... All that being said, I did enjoy the story itself. I thought it was going to be a 'unlawfully trapped in prison' or 'jail break' kind of movie, but it's rather unique and quite engaging from beginning to end... The characters were solid and well cast. The little boy was a stand out to me... If (like I presume most folks will) not be distracted from the technical aspects of the movie, this is a very fun story that really, in a lot of ways, parallels The Man With No Name kind of movie (which makes Gibson's Clint Eastwood impression rather apropos): Literally, man with no name walks into a town (in this case a prison town) and while he's conniving for his own self profit, he holds a sense of honor and tries to help out a family that can't help themselves. Worth a watch.
One person found this helpful
See all reviews
Back to top
Get to Know Us
Make Money with Us
Amazon Payment Products
Let Us Help You
EnglishChoose a language for shopping. United StatesChoose a country/region for shopping.
© 1996-2022, Amazon.com, Inc. or its affiliates