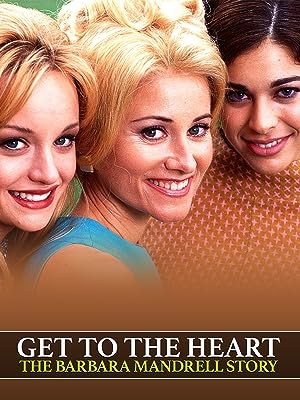 Get to the Heart: The Barbara Mandrell Story

musiccollector3Reviewed in the United States on July 16, 2018
4.0 out of 5 stars
One of the better biographical films I’ve seen
Verified purchase
I liked how well the actors were in this movie. That’s usually hard to find in a movie like this. However I must say that Maureen has a much more “Barbie doll” like voice than Barbara does. There were points where I couldn’t focus because I was thinking about that. Moving right along though the styles of the different time periods were on point and the variety of life moments were something very notable about this film. What I mean by that was they showed everything! Her childhood, her teenager years, her young adult life, her immediate family, her marriage, her kids, her career, they referenced key moments of her life up to the car crash. After that though it’s like they jumped 10-13 years ahead to her retirement. While this is important I feel they missed some of her years in between while they may not of been as notable or important to being up I feel it would of been nice to put something there so it didn’t look like she quit immediately the year after the car crash. It’s also interesting how the movie plot didn’t just praise Barbara the whole time and made like some kind of a hero out of her. Instead it showed a more honest storyline like how much of a sharp tongue she could have at times towards her family and how rough she was towards them. Couple other things I loved about this movie was one how they didn’t have the actor singing covers of her songs and they used actual recordings of her voice instead. Plus they had the real Barbara Mandrell, Kenny Rogers and Dolly Parton cast in parts of the movie as well.
One person found this helpful

Butterflymom54Reviewed in the United States on February 2, 2018
2.0 out of 5 stars
Messed up picture
Verified purchase
I read the book. I was looking forward to viewing the movie. It is grainy and stretched out. Not going to remain frustrated by that. Maybe someone will fix it or take it down. Otherwise it does look like a good movie.

Mark S. CrawfordReviewed in the United States on April 10, 2020
4.0 out of 5 stars
Marsha – I mean – Maureen Excels as Barbara
Maureen McCormick, probably best known for her role as teenager Marsha Brady, demonstrates an impressive range of acting chops portraying Barbara Mandrell. She doesn’t resemble Mandrell, but McCormick seems very comfortable and confident with her role. Her dialogue, full of music and music business vocabulary and references, seems genuine. She’s rarely off screen and carries the movie.

This made-for-TV movie presents key points of Mandrell’s life from childhood to her show business comeback. Her auto accident, recuperation, and show business re-emergence provide the climax. Most of her life events are presented succinctly and without too much detail. Examples: as a teenager she’s already playing multiple instruments; her family tours, she marries, she has children; she gets a record deal, she’s number one, she’s entertainer of the year, she gets a TV show; and so forth. In addition, at these significant life events topics are spoken to, and about, as if the audience should know what actually happened in her timeline, or to imply the chain of events that propelled Mandrell to another peak or valley. With that said, even with the brisk pace and compressed telling, there are still aspects of her life to learn about. One particular aspect of her life I appreciated as portrayed in the movie, was the importance of faith and family to the entire extended Mandrell family.

Produced 1997, it coincided with Mandrell’s retirement from performing. Casual fans might enjoy seeing McCormick in an adult role. Dedicated fans of Mandrell should enjoy the story, as well as the music – which is provided by Mandrell.

Alisha AllenReviewed in the United States on May 24, 2020
5.0 out of 5 stars
Loved it
Big Barbara Mandrell fan, movie was well done.
See all reviews
Back to top
Get to Know Us
Make Money with Us
Amazon Payment Products
Let Us Help You
EnglishChoose a language for shopping. United StatesChoose a country/region for shopping.
© 1996-2022, Amazon.com, Inc. or its affiliates