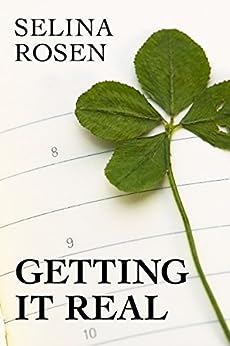 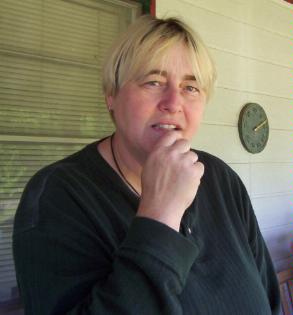 Getting It Real Kindle Edition

by Selina Rosen (Author) Format: Kindle Edition
See all formats and editions
Sorry, there was a problem loading this page. Try again.
Is it Real or is it Reality?

Sometimes people meet at just the right time in their lives. They are ready to make a change and they meet just the person they need to help them make that change. But what happens when two people find just who they need when they need them but the world around them is imploding? Can they hold onto each other in a sea of drama? Can they do it on camera?
Jerri Blue is the complex, charismatic, award-winning author of dozens of best-selling books. She gives talks in rooms filled with thousands of people then goes back to her self-sustaining, off-the-grid lifestyle and lives in virtual solitude.
Tara Darting is part of a family famous for being famous; she is part of a reality TV empire. As her own life and that of her family goes into hyper-drama she just wants out. But how can she do that and where would she go?

Selina Rosen lives in rural Arkansas with her partner, her parrot, Ricky, assorted fish and fowl ' both inside and out, several milk goats, an undetermined number of barn cats and her dog, Spud. Besides writing, editing, and taking care of the farm, she's a gardener, carpenter, rock mason, electrician (NOT a plumber), Torah scholar and sword fighter. In her spare time she creates water gardens, builds furniture, and adds to her on-going creation of the 'Great Wall of Kibler.'

Selina's short fiction has appeared in several magazines and anthologies including Sword and Sorceress 16, Such A Pretty Face, Distant Journeys, three of the MZB Fantasy Mags, Tooth and Claw, Turn the Other Chick, and the new Anthology At the End of the Universe, just to name a few. Her critically acclaimed story entitled "Ritual Evolution" appeared in the first of the new Thieves World anthologies, Turning Points, and her second TW story, 'Gathering Strength,' appeared in the new TW anthology, Enemies of Fortune. The Bubba Chronicles is a collection of her short fiction which features ' strangely enough ' bubbas.

Her novels include Queen of Denial, Recycled, Chains of Freedom, Chains of Destruction, The Host trilogy, Fire & Ice, Hammer Town, Reruns, and novellas entitled The Boatman and Material Things.

Her new novel, Strange Robby, is due out in July of 2006 from Meisha Merlin Publishing. This will be her first hard cover release. Bad Lands, a gonzo-mystery novel co-written with Laura J. Underwood, is due out from Five Star Mysteries in 2007.

D.Lussier
5.0 out of 5 stars Amazing to read
Reviewed in the United States 🇺🇸 on August 5, 2017
Verified Purchase
I've read so many girl with baggage meets girl with more baggage books and expected this to be similar. It's so far away from those types of stories. It's growth and acceptance of self, a family learning how to be themselves, and learning how your past doesn't define you. Saying I enjoyed this book would be an incredible understatement. Will definitely be adding Ms. Rosen to my list of authors I follow and check for any new books.
Read more
2 people found this helpful
Helpful
Report abuse

Meredith McLaughlin
5.0 out of 5 stars No space battles, just a really good story.
Reviewed in the United States 🇺🇸 on July 6, 2018
Verified Purchase
I recently read J.K. Rowling’s non-Hogwarts book. Without the fantastic background, her writing was rather dense in spots. She could learn a lot from Selina Rosen. Selina’s sci-if/fantasy novels are amazing and her novels about ‘real people’ in the present are no less so. She tells incredible stories and you finish them wanting to know the people she writes about-not because they’re perfect but because they’re believable.
Read more
Helpful
Report abuse

Kindle Customer
5.0 out of 5 stars A good read for sure
Reviewed in the United States 🇺🇸 on August 14, 2017
Verified Purchase
I thought the mirroring of a certain tv show that I really don't like would eventually turn me of of this book. However, her writing style and character development have this story a life all of its own. It is a great read and very well written, it's worth both your time and your money.
Read more
One person found this helpful
Helpful
Report abuse

Jen Bunny Bear
5.0 out of 5 stars Its the Kardashians with a moral… & a lesbian romance
Reviewed in the United States 🇺🇸 on December 15, 2020
“…That place between what you were and what you’re going to be is the hardest place to be of all because you feel like you’re being pulled apart.”
+ • + • + • +

This book is a very literal parody of the Kardashians with a storyline & a moral… & a lesbian relationship too. The book's premise is: What makes a life a success?
Read more
Helpful
Report abuse

Laura B
5.0 out of 5 stars Five Stars
Reviewed in the United States 🇺🇸 on June 5, 2017
This is a great book. Lesbian and Transgender people should read this fun read.
Read more
2 people found this helpful
Helpful
Report abuse
See all reviews

Marion
5.0 out of 5 stars Truly amazing
Reviewed in the United Kingdom 🇬🇧 on May 20, 2018
Verified Purchase
I loved this book it was funny sad and all the other emotions you can feel. Very much of today and reflects a lot of the turmoil in the world today especially for our community. This book is more than worth a read i would give it more stars if I could highly recommend.
Read more
Report abuse
See all reviews
Report an issue
Does this item contain inappropriate content?
Report
Do you believe that this item violates a copyright?
Report
Does this item contain quality or formatting issues?
Report