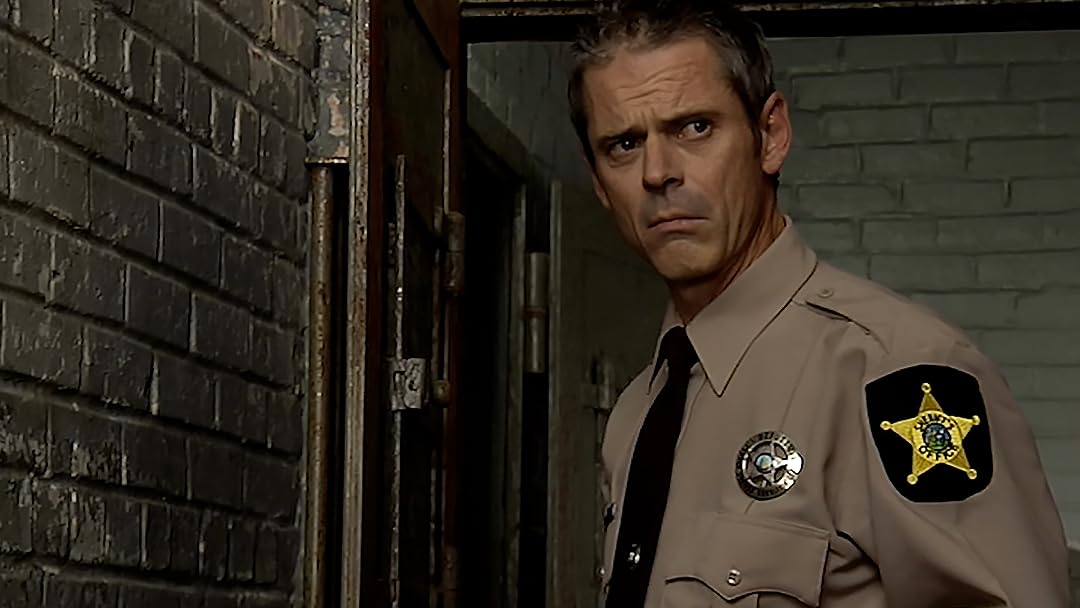 (19)
3.51 h 25 min201018+
A sheriff moves his family into a home that contains an abandoned jailhouse on the second floor. When a group of prisoners are forced to be held there, supernatural forces from the past are awakened, seeking revenge.

Akice69Reviewed in the United States on February 3, 2019
3.0 out of 5 stars
Good try, just didn't add up somehow
Verified purchase
I know this is going to make me sound old (it doesn't bother me, though) - but the last time I saw C. Thomas Howell (as in, prior to this) he was featured in one of those hi-gloss, teen-heartthrob mags from the mid-1980's (or so). Handsome young guy, wearing one of those preppy-type sweaters with the alligator sewn in the front (it was the style back then). Hard to believe, but at one time Howell was right alongside Tom Cruise in the media, because they both started out right around the same time. This flick was my first encounter with C. Thomas since those wild old days - and I must say, he's still lookin' pretty fine!
As far as the movie goes - it was a little confusing. I don't want to drop any spoilers, but you just have to stay with it, watch it to the very end. It (the plot) looked to me like it was trying to tie two different stories together (one happened a long time before)... but it wasn't very well-explained, so at the end I wasn't sure what had really happened and what hadn't. I think I understood it - but it was difficult to figure out what was going on at certain times. The characters were interesting enough, so I did wind up watching it all the way through... truthfully though, some of why I did probably had more to do with Howell's presence than even I want to admit!

Richard A. ColeReviewed in the United States on November 26, 2019
2.0 out of 5 stars
What!?
Verified purchase
This movie was an absolute mess! I do like C. Thomas Howell, but he has lost his shine, he's been in so many bad movies that doesn't use his talent. This is a prime example of this.
What was the movie about? It was just a pain to watch and lost my interest early. A bitch wife, who complained the whole time, a deputy that goes crazy and kills his prisoners, some flashbacks and a story that was all over the place. The only good I can say is the acting was better that the story and the plot as it went in many confusing directions. I can't recommend that you buy or rent this crap, Of course, if you are a Prime member, then you get to watch this floating turd for free. Awful movies are the standard for these crooks at Amazon.
I see that most of the reviews of Amazons movies have more attention paid to writing them, than Amazon does in choosing them.
Take what you will from this review, Thanks

Southern Fried Jersey GirlReviewed in the United States on November 30, 2018
3.0 out of 5 stars
Super duper HUH
Verified purchase
I gave this movie three stars because I liked some of the acting, the creep factor of the old jail, and the fact that the writers were going somewhere different with this. The problem is, I don't know where they were going. I thought I got it until the last part, and now I am busy trying to google an explanation but unable to find one. What the heck did I miss? It's the first movie I've watched start to finish that I don't understand the ending. Seriously, I don't have a clue and that's frustrating because I sat through the whole thing.

Krazekat61Reviewed in the United States on November 13, 2018
1.0 out of 5 stars
Huh?
Verified purchase
What was this movie about? Bad cops gone wild? Flashbacks? The future? The wizard of oz? You were there and you were there too? It's a big blast of ....something? I don't get it. I'm going to tap my red ruby slippers together and repeat... " There's no place like the back button..There's no place like the back button" I hope everyone else enjoys the movie.
3 people found this helpful

Kera A. HamiltonReviewed in the United States on October 21, 2018
5.0 out of 5 stars
Best Thriller/Horror Movie for Me Yet!
Verified purchase
I'm not a regular fan of horror movies, but I do much respect the talent of C. Thomas Howell. He does not disappoint yet again. Tight, edgy, anxious, and dark. I couldn't breathe during most of it. You will not believe the ending! This one is worth a second look. Great way to spend and hour and a half. Don't watch it in the dark.
3 people found this helpful

Carmen IrisReviewed in the United States on December 3, 2018
4.0 out of 5 stars
Pay attention
Verified purchase
I liked this movie quite a bit, although the actor playing the main character is someone I really dislike. Nothing is what it seem and you have to stop thinking in a linear order. They give you clues, throughout the movie, that you can miss. In other words, part of the ending is first (pay attention to the bar scene), followed by the bulk of the movie. Then the rest of the ending, notice the badge, which tells you what actually happened. If the movie seems convoluted, that's the whole idea.

BECKY UMEHReviewed in the United States on December 8, 2018
1.0 out of 5 stars
terrible
Verified purchase
Do not waste your time. what a joke. no story line, acting is poor, editing is poor, flash backs are worst i have ever seen on television. will not waste my energy in specifying things that are wrong here.
One person found this helpful

RachelReviewed in the United States on November 19, 2018
1.0 out of 5 stars
Really bad
Verified purchase
I don't usually give reviews but this was beyond horrible!!! I wanted to support it because of C. Thomas Howell but this was really bad!!😣😣
One person found this helpful
See all reviews
Back to top
Get to Know Us
Make Money with Us
Amazon Payment Products
Let Us Help You
EnglishChoose a language for shopping. United StatesChoose a country/region for shopping.
© 1996-2022, Amazon.com, Inc. or its affiliates