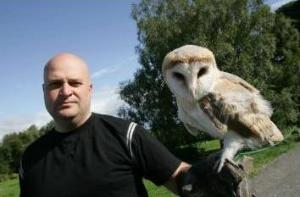 5.0 out of 5 stars 2 ratings
See all formats and editions
Sorry, there was a problem loading this page. Try again.

The Amazon Book Review
Book recommendations, author interviews, editors' picks, and more. Read it now.
Tell the Publisher!
I'd like to read this book on Kindle

Jason Hawes and Grant Wilson head up TAPS, The Atlantic Paranormal Society. Built on Jason and Grant's interest in getting to the bottom of everyday, paranormal occurrences, TAPS is an eclectic but unified bunch. Jason and Grant are plumbers by trade, and their TAPS colleagues are in similarly ordinary professions: factory worker, office manager, teacher. TAPS has developed an impressive reputation for helping people with "unusual domestic problems." It has been more than a decade since Jason and Grant first met, and since then TAPS has grown in size and scope to become one of the most respected paranormal-investigation groups in America. It now has branches across the United States and affiliates in 12 other countries. Jason, TAPS' founder, is in his mid-30s and the father of three girls and twin sons. He enjoys spending quality time with his children, deep-sea fishing and writing screenplays.