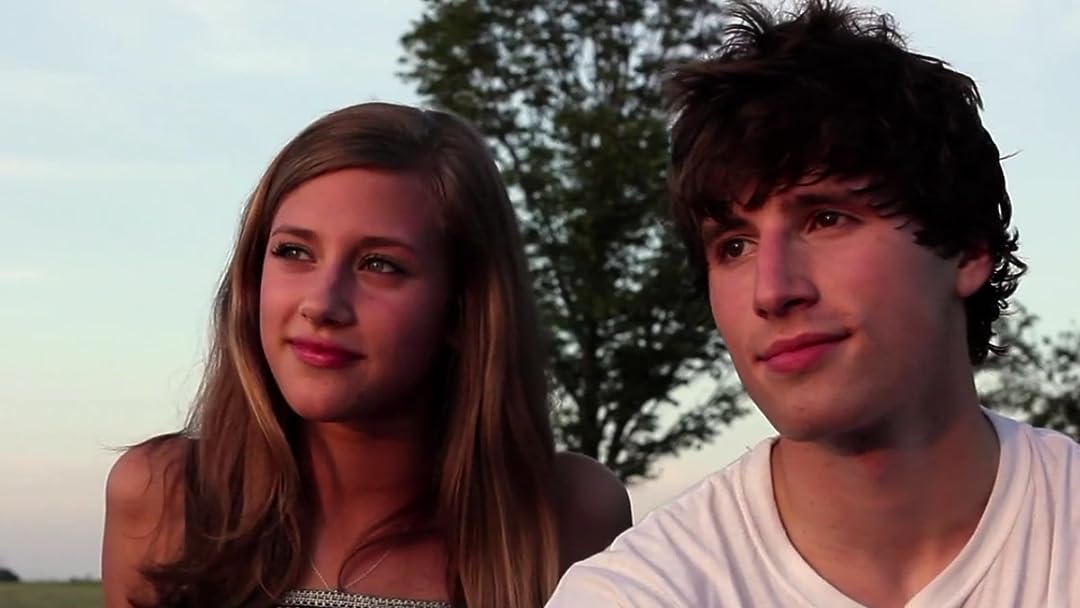 (112)
4.41 h 30 min20137+
Starring Lili Reinhart (Riverdale) and Louis Bonfante, Gibsonburg is based on the true story of the only high school baseball team to win a state championship with a losing record. This magical, coming of age film deals not only with baseball, but the trials, tribulations, romances and mysteries that faced the teens along the way.

MumbojumboReviewed in the United States on March 8, 2016
1.0 out of 5 stars
Any resemblance to the "true" story was purely accidental.
Verified purchase
There is so much wrong with this movie that it is difficult to decide where to begin. I watched it on Amazon Prime so it cost me nothing other than my time. There are many similar story lines in many similar movies. And as usual we find that this one is (like many others) "based on a true story". That fact alone tells me that any similarity between the "true" story and what is portrayed in the movie is purely coincidental (or possibly accidental).
Staffed by a team of unknown actors and what was apparently an extremely low budget, the director took many liberty's on "time wasting" or "fill in" shots of cherubic young faces gazing into each others bovine like eyes. Perhaps the script was so totally void of meaningful conversation that he had no choice. Combine this with poor lighting (or a budget which simply could not afford it), an extreme lack of baseball knowledge, limited "rent a crowds" for unexciting games and we have a recipe for disaster.
The whole story was supposed to (if we can believe all the advertising blurb) revolve around four friends, all members of "the team" which came from behind to win a State Championship. The way they stuck together, supported each other and their fellow team mates, was supposed to be the essence of the tale, but in developing just one of the characters to the level where he actually had a family took everything away from that story. The original story simply became "fill in" background stuff for one family's dice with adversity.
It is an unfortunate fact of life that we must revert back to my original statement that this was a movie "based on a true story" and therein lies the problem.

Tim WilliamsReviewed in the United States on December 31, 2015
2.0 out of 5 stars
Missing Jimmy Chitwood
Verified purchase
“Hoosiers” (1986) was an example of how a formulaic underdog story, loosely based on a true story, can still be a winner. From the opening sequences, showing the fertile Midwestern farmland, right down to Jimmy Chitwood’s winning shot, “Hoosiers” satisfies. “Gibsonburg” shows how difficult making such a satisfying story can be. It is also a formulaic underdog story, loosely based on a true story, but in most other ways, it in contrast to “Hoosiers”. The acting is subpar, the dialogue is awful and the filming seems to reflect the fact that this film had a very small budget. It’s one thing to use shadows to create contrast, but much of this film had me wishing someone would pay the electric bill. Part of the problem may be that the film is based on a novel, which was loosely based on a true story. This makes it difficult to know what’s real and what’s not, and may have contributed to the inauthentic dialogue. Also, the real-life coach has said that the film’s portrayal of some of the endings of the games is inaccurate. Some license is to be expected, but some of these changes crossed the line into hokey territory. The story of Gibsonburg High School’s state championship run is a great story, but this film, despite a lot of sincerity, is not a good telling of it.
2 people found this helpful

I LOVE IT. ( I'm glad that I didn't read the reviews first, but gave it a chance first.)
The cinematography is EXCELLENT as far as the crispness and or shades of mistiness & fog rising across the river or fishing ponds.
The COLOUR is grand.
The introduction tells the viewer that the movie is based on a true story.
AND, the the movie was acted and filmed by not Hollywood; but college students ~ and DANG, I think that they did a
really GOOD to excellent job of it, too.
I found it to be alternately a bit of a mystery, with touches of wee bits of humor & romance ~ It's definitely a FILM ABOUT FRIENDSHIPS,
WORKING TOGETHER AS A TEAM, BEING PART OF A FAMILY , and COMMUNITY.
****I've seen many really great and excellent films AND I've seen some real duds that stank to high heaven or even worse.
THIS IS , I think, in the running for definitely ABOVE AVERAGE to REALLY, REALLY GOOD & approaching GREATNESS.
****Trivia film fact ~~ :"It's A Wonderful Life" was not a big box office hit movie at first , but by word-of-mouth it grew and grew in popularity. I can envision something like that happening to this BASEBALL 'diamond' in the rough.
PUN INTENDED.
Oh, pardon me now while I go back to internet tv & trying to catch up ~ hoping the Houston ASTROS are holding their own against the L.A. Dodgers tonight in Houston at Minute Maid Park in Houston, Texas for GAME 4 of the 2,017 World Series. GO ASTROS.
4 people found this helpful

mcasheeReviewed in the United States on April 19, 2016
2.0 out of 5 stars
coin toss
Verified purchase
I don't believe this is my cup of tea.. I'm well over 70 and this movie just didn't move me. Turned it off about a third of the way through. If you're younger it might be okay. Definitely a time killer. Hard to describe why I rated it 2 stars, I guess because 1 star is "I hated it" And hatred is not the right term. More like I had no interest in watching it, even if a true story. If you're curious you can give it 10 to 15 minutes. Maybe you'll find out what happened to the coin.
One person found this helpful

HarmonyReviewed in the United States on June 11, 2018
3.0 out of 5 stars
Sound is off
Verified purchase
I wasn't able to finish it. It didn't grab me and I am a huge sucker for any sports related movies. The sound is also weird as the music is so loud that if there is talking over music you can barely understand what they are saying. I had to keep turning my volume up and down. I really wanted to love this movie but it just didn't grab me.

Amazon CustomerReviewed in the United States on June 3, 2016
2.0 out of 5 stars
Baseball Movie Fan
Verified purchase
The story for this movie was amazing! I would have liked to see a movie equal in filming like The Rookie. Great job by getting 50 actors from a university at no charge. However, the quality of filming and budget of this movie wasn't at the level it should have been for this miracle story. I'm actually disappointed that major film directors didn't jump on this story sooner. Overall, glad the story was told. I learned something new. If you get a chance, Google this story.
One person found this helpful

Amazon CustomerReviewed in the United States on March 8, 2019
1.0 out of 5 stars
5 minutes in and cannot watch this...
Verified purchase
5 minutes in and cannot watch this... there is no story and the music is horrid.... should have raised more money and hired a real director.... paid for some real music... The true story is not done justice by this farce!
See all reviews
Back to top
Get to Know Us
Make Money with Us
Amazon Payment Products
Let Us Help You
EnglishChoose a language for shopping. United StatesChoose a country/region for shopping.
© 1996-2022, Amazon.com, Inc. or its affiliates