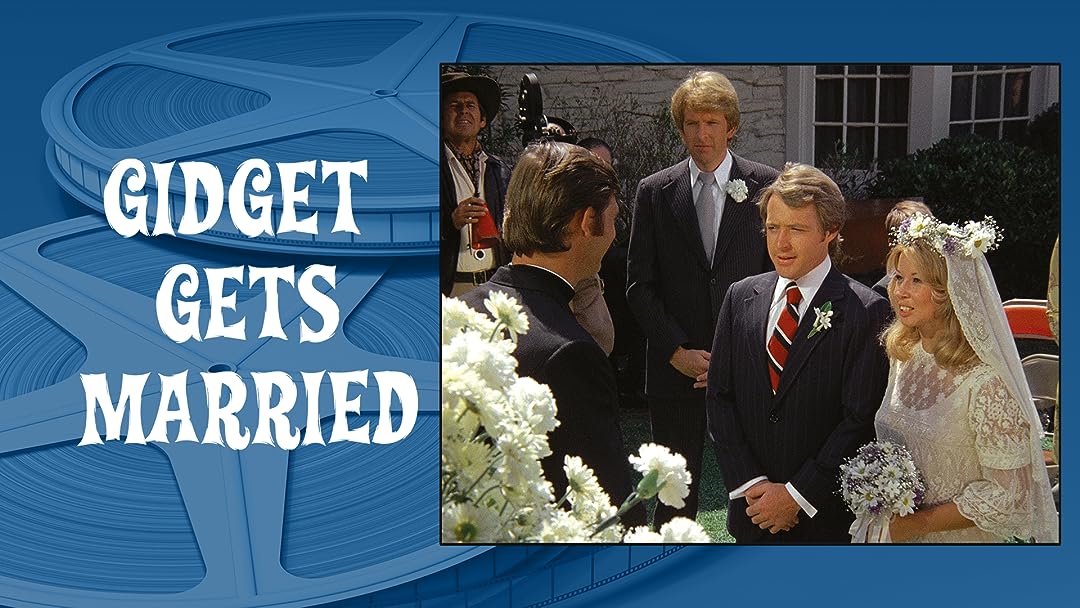 (52)
4.61 h 14 min197213+
Francie "Gidget" Lawrence (Monie Ellis) forsakes bikinis and surfboards for a wedding gown and corsage. Her husband, of course, is her faithful beau Moondoggie (Michael Burns). But the course of true love steadfastly refuses to run smoothly, as Gidget tries to deal with the snobbish social hierarchy within her husband's family and business associates.

EinsatzReviewed in the United States on September 13, 2019
2.0 out of 5 stars
“Why don’t you kiss a computer!”
Verified purchase
This is a made for television movie complete with blackouts where the commercials used to be. The lead actor, Michael Burns, is a former actor and a history professor, retired. The plot of this film is strictly sitcom fair. Gidget and Moondoggie rush to get married and to move to Florida where he ends up working for a control freak (Don Ameche) who segregates his employees according to their standing in his company. They move into a cookie cutter house that looks like everyone else’s, even the furniture is chosen for them, where they can shop, which parks they are allowed to frequent. They are not permitted to associate with people above or below them; it’s a structured society. Gidget takes exception to this restricted way of living and soon causes enough trouble to be considered a nuisance.

A bit on the sappy side of silly and dated, having been made in 1972. It was quaint even then, working too hard to be humorous. Of the lot, I did enjoy Paul Lynde as Louis B. Latimer, former child star. But that’s about it.

KittyReviewed in the United States on May 22, 2019
5.0 out of 5 stars
Gidget Gets Married
Verified purchase
That movie is so hilarious! I love it! Never heard of Michael Burns and Monie Ellis who played a newlywed couple. But I do remember about Don Ameche. Don Ameche starred in Cocoon and Cocoon: The Return that I saw when I was in late teens. And Harry and the Hendersons, too. Gidget's life changed when she got married. She and Jeff were trying their new marriage life an adjustment. It's very difficult for them. She and neighbors can solve problems together. Gidget is very smart. She can do everything for them.
One person found this helpful

GibbyloveReviewed in the United States on October 2, 2016
5.0 out of 5 stars
Nice movie
Verified purchase
When I was a kid I watched this movie I really enjoyed it. I looked for it for many years until I found it, I have watched it over and over again. Is a silly love story but it is full of love and great intentions.
8 people found this helpful

Joy R. KarrReviewed in the United States on July 15, 2019
2.0 out of 5 stars
Gidget Is Disappointed
Verified purchase
This was a disappointment, especially if you have the novels! Save your money and go enjoy Gidget Grows UP! This movie does not follow any of the Gidget Series Books.

CinnamonReviewed in the United States on April 7, 2014
5.0 out of 5 stars
I love it!
Verified purchase
I've loved this movie ever since I first saw it in January 1972. It brings back a lot of memories for me. Thanks for putting it out on DVD. I would like to see Gidget Grows Up on DVD as well.
15 people found this helpful

KcReviewed in the United States on July 6, 2021
5.0 out of 5 stars
Cute move
Verified purchase
Cute move.

Linda J. MarshallReviewed in the United States on July 16, 2018
5.0 out of 5 stars
Five Stars
Verified purchase
I got this movie for my sister.
See all reviews
Back to top
Get to Know Us
Make Money with Us
Amazon Payment Products
Let Us Help You
EnglishChoose a language for shopping. United StatesChoose a country/region for shopping.
© 1996-2022, Amazon.com, Inc. or its affiliates