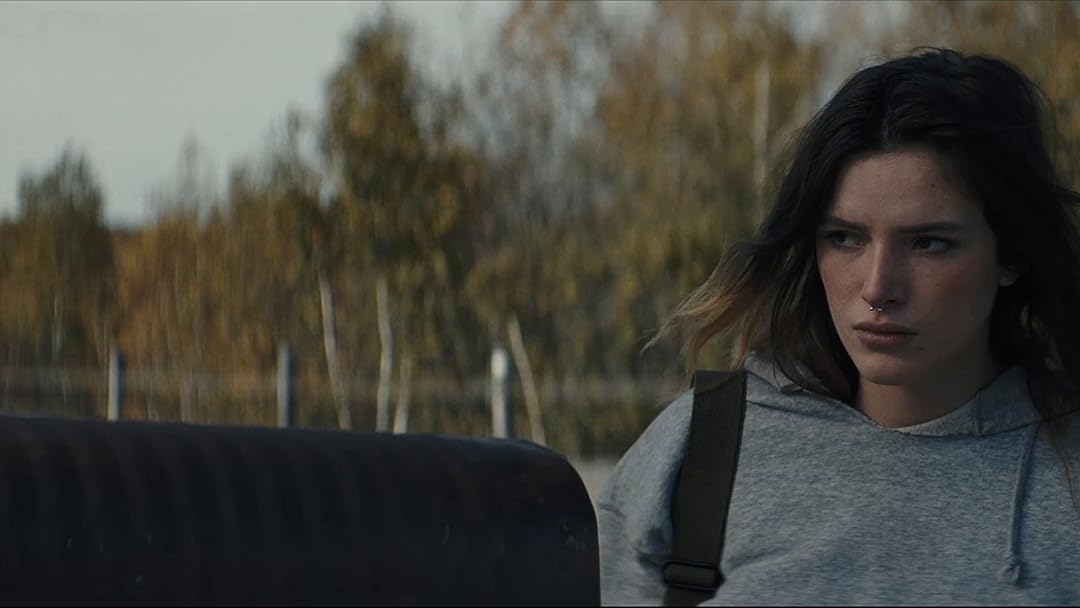 (4,240)
4.91 h 29 min2020X-Ray18+
A young woman (Bella Thorne) heads back to her hometown, intent on exacting revenge on her abusive father, only to discover someone beat her to it. She soon finds herself prey to a sinister sheriff (Mickey Rourke) and his wicked brother (Chad Faust) as she slowly uncovers a family legacy more disturbing than she ever could have imagined.

Jim FReviewed in the United States on November 25, 2020
5.0 out of 5 stars
Great flick if you're in the mood for this kind of thing...
Verified purchase
I never write movie reviews but I've seen so much crap on Amazon lately that this was a welcome change. But like I alluded to in the title, if you're looking for an "uplifting" sort of film look elsewhere. I can see a lot of people bashing this film but the acting and the storyline were both excellent IMO. I'm a big Mickey Rourke fan and he played his part to the tee. I'm not familiar with Bella Thorne but she Aced her role as well. It was just the right length, on the short side (about 88 minutes), but anything longer would've been too much. The plot was unique and intelligent. I think one of the "brothers" was actually the director of the film but I'm not positive. If you're squeamish at all, don't watch - not that there was a lot of unnecessary graphic violence, it was just enough to get the point across. 5 stars, but like I said, maybe I've gotten too used to watching crappy indy films lately.
14 people found this helpful

So, that line really encapsulates the kind of the place Bella Thorne's character, the "Girl", winds up in. I don't even remember her name being told to us the entire movie, but that's ok, because I think she is supposed to represent any girl who still possesses some raw, righteous, passionate anger after being "fed lies" (as she says) her entire existence by her mother.

It's well-played by Bella Thorne. I also especially liked the scene (spoiler alert...) where her unknown to her uncle hits on her, in the laundromat of all places! I usually don't like female VS male fight scenes, which is what this evolves into, because I feel that they overstate most females' fighting prowess, but this scene had its comical moments, and Bella may be quicker than most females in these kinds of situations. She also uses her environment, hitting him with some laundry detergent at some point, but the best part is when she is able to sort of stun him into submission while hovering over him with her trusty hatchet in her hand and says: "You still want to [expletive for sex] me?" To which he replies EVEN MORE. Aha.

This movie also shows how annoying so much lascivious sexual attention can be from the beginning, when Mickey Rourke (another of her unknown-to-her UNCLES) follows her in his truck like a pervert. And he also happens to be this messed up town's SHERIFF and is well aware that he is her uncle. The viewers are given glimpses as to Girl's past when she talks about her mother's "boyfriends" and insinuates that they also turned a lecherous eye onto her. So, this behavior isn't new to Girl, which is why she almost seems to find it familiarly annoying.

Bella plays this with hints of vulnerability that seem almost too real at periods, which makes me think she may be method acting, drawing upon some similar life experiences. Made me worry about Bella a little. At least this is an indie movie, but fame and Hollywood are no places for real vulnerability. Watch out, girl...

XfilerReviewed in the United States on November 29, 2020
2.0 out of 5 stars
Bella Is A Beauty But That's Where It Ends
Verified purchase
Terrible script. Terrible acting. Terrible characters. Terrible waste of time. And that coming from a guy who likes these kinds of movies. Bella Thorne is really good. And I don't know what the hell happened to Mickey Rourke or his looks. Just wow. Stay away from this garbage of a movie. Plenty of others out there. The ONLY positive is that it can give aspiring film makers confidence that if this movie can be made and sold, then any can.
6 people found this helpful

MimideliReviewed in the United States on December 14, 2020
3.0 out of 5 stars
But the music!!
Verified purchase
Acting was very good, story was okay, dialogue so so....but how could they let that horrible music ruin the movie?? How could anyone sit through the movie and think that the music did anything but distract from watching what was happening. I don’t think I have noticed and hated listening to any movie background music as much as during this one!
5 people found this helpful

Matthew SnopenhauerReviewed in the United States on December 29, 2020
4.0 out of 5 stars
Southern gothic noir
Verified purchase
Good stuff. Beautifully-filmed dark revenge tale with a twist. Writer-director Chad Faust does a good job behind and in front of the camera. If you like Southern gothic, grit lit, and neo-noir, you might dig this film. It has elements of Oliver Stone's U-TURN, David Lynch's BLUE VELVET, and Panos Cosmatos' MANDY without being over-derivative. There was a lot of music, too much at times, giving the movie a music video kind of feel occasionally. There's an absolutely great line: "You're the nicest person to come in here, and you're waving an axe around wanting to kill people." I have rode on the 'Hound many a time in my life and I like how the film is bookended by a Greyhound bus (or a symbolic reference to it)-- they are often filled with damaged people in crisis and transition, fleeing some disaster or heading toward a new one. Bella Thorne is easy on the eyes the whole movie and does a decent job as a confused daughter. I like how she's kind of a Juggalette without overtly being one. There's one scene that was a bit implausible involving fire, but it's a minor criticism. I was reminded at times of BLUE RUIN and GREEN ROOM. This film isn't quite at that level, but it's close. Very worthwhile.
3 people found this helpful

VioletReviewed in the United States on January 11, 2021
3.0 out of 5 stars
80's b movie horror throwback
Verified purchase
This brought me back reminded me of preteen slumber parties- we would watch stuff like Slumber Party Massacre and I Spit on Your Grave And Friday the 13th and similar age inappropriate flicks under little or no supervision haha. Three stars for Bella as a strong female lead, her pretty pout and bare midriff pretty much carried the movie. Started out strong but kinda lost momentum towards the end artistically speaking. Always like to see Mickey Rourke ever since "the Wrestler" I've been a big fan. He makes a good villain in this.
4 people found this helpful

ScottReviewed in the United States on December 12, 2020
1.0 out of 5 stars
wtf
Verified purchase
since when can you kill people and not one person investigates or cares? waste of time and money. worst movie made this year.
5 people found this helpful

VictoriaSelene Skye~DemeReviewed in the United States on January 7, 2021
1.0 out of 5 stars
I can't
Verified purchase
I got 3/4 of the way through this rip out sheet from a comic book advertising hatchets, which is what it exactly feels like. And some bored video game strapped 11 year old biped with the IQ of a mite decided to write a joke of a story around it. It is predictable throughout, and you know exactly whats coming in the first 5 min. Mickey Rourke, no, those acting days are done, boo, you lost it with your common sense. The acting is painful to watch. BAD. So Bad I can't even list all the adjectives. I'd go way over the word count allowed in reviews, but at least I can start with ATROCIOUS, ABYSMAL . . ..
One person found this helpful
See all reviews
Back to top
Get to Know Us
Make Money with Us
Amazon Payment Products
Let Us Help You
EnglishChoose a language for shopping. United StatesChoose a country/region for shopping.
© 1996-2022, Amazon.com, Inc. or its affiliates