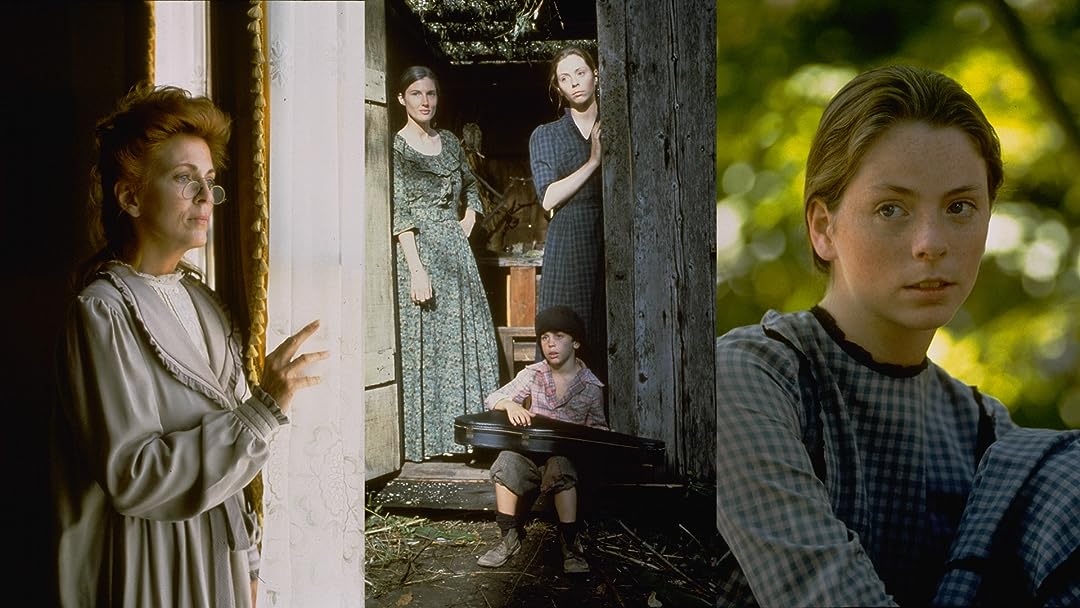 A Girl of the Limberlost

(106)
6.21 h 44 min199013+
It's 1908 in rural Indiana, and Eleonora Comstock is determined to attend high school. When an unexpected tax comes due, Eleonora's mother forces her to quit school to bring in their crops. But after their crops are ruined by a storm, both mother and daughter must learn to understand each other or lose what they love most.

lawyeraauReviewed in the United States on May 17, 2021
5.0 out of 5 stars
A WONDERFUL MOVIE…
Verified purchase
This made for TV film is adapted from the novel of the same name. Having never read the book, I cannot say whether it was a good adaptation. What I can say is that I loved the movie. It features a great cast and tells a great story.

The film takes place in early 20th Century Indiana. Elnora Comstock lives with her widowed mother on a farm that borders the Limberlost swamp, which is a nature lover’s idyll and home to Elnora’s secret hideaway. Elnora and her mother work hard to maintain the farm and keep it going, but Elnora has her heart set on going to the local high school, which is in town. This is something that her mother opposes. While Elnora manages to achieve her goal, albeit temporarily, it is not without consequences and self-discovery.

There is a lot of seeming conflict between mother and daughter, stemming mostly from the mother who is harsh in her treatment of her daughter. This is a shame, as Elnora is a daughter of whom any mother would be proud. She is hard working, resourceful, talented, highly intelligent, and kind.

How Elnora resolves these issues and conflicts, what happens to her hopes and dreams, is what drives this film. The reason for the conflict that exists with her mother comes to light. It is one with which her mother must come to terms and make right what has gone so horribly wrong.

Charlottesville ReaderReviewed in the United States on April 18, 2021
2.0 out of 5 stars
Almost all of the story is missing
Verified purchase
The movie is almost nothing like the book. If the book were written for 16-year-old girls and the movie made to be shown to 4-year-olds, this is what you would get. A massive disappointment. The main aspect that is carried over is the mother's ill treatment of her daughter. Beyond that very little of the rest of the story is here. Read the book; skip the flick.
7 people found this helpful

High HopesReviewed in the United States on May 29, 2021
5.0 out of 5 stars
If you liked "Where the Red Fern Grows", you'll like this. Good storytelling!
Verified purchase
I read 'Freckles' about the young man guarding the Limberlost - the prequel for this film, when I was a kid. My dad had told me that it was one of his favorite books, so it was very dear to me. I later found the book, 'A Girl of the Limberlost' and bought it, but never really connected with it somehow, and never finished it.. Now, seeing this film, I want to go find my classic old book and read it.

Know what's a shame? That movies like this - clean, good, family-appropriate films aren't made any more. Not even Disney is putting out quality, classy films these days.
3 people found this helpful

Robert HayesReviewed in the United States on July 10, 2015
3.0 out of 5 stars
Pretty good for a 90's TV movie
Verified purchase
I watched quite a few movies like this when I was a kid, but not this one. I only knew about it from a trailer on a VHS from another WonderWorks production. It seemed like a really interesting story. Now having seen it, many years later and after I've developed a sense about what makes a movie good besides the general story, I think it's ok. The basic story is about a girl who lives in 1908 Indiana on a farm with her widowed mother. However, she wants to continue her education and, consequently, develops a friendship with a more free-spirited woman who helps her along in this regard. Generally speaking, the characters were well-developed and well-performed by the cast. There were a couple of faces I recognized: Annette O'Toole (from Superman III) and an actor who appeared in some Matlock episodes. The plot was kind of predictable, as the girl enters into conflict with her mother and adjusts to interacting with city folk, but it still had an emotional truth despite the familiar trappings. It also had a good pace. Being made for television, the filmmaking quality was decent but unspectacular. Lighting and camerawork were adequate, but it was often hard to see detail in the nighttime/darker scenes. And the score was rather uninvolving, even if it never got in the way. I kind of wish I'd seen this earlier in life, because maybe I would have appreciated it more. Still, it made for a good hour and a half spent. As for the DVD itself, it's a barebones release where the only options you have are playing the feature or selecting a scene. Just about what you'd expect for a film like this, though.
5 people found this helpful

neil Reviewed in the United States on June 28, 2021
1.0 out of 5 stars
lame attempt
Verified purchase
butchery would be to kind of an epitaph for this well written story extolling the virtues and triumphs of feminism. Once again Hollywood misses the point, and fails miserably converting the written word into cinematography.
3 people found this helpful

Hani'sKikiReviewed in the United States on June 2, 2021
1.0 out of 5 stars
Read the book.
Verified purchase
This movie is nothing like the book which I read in middle school as it was my mom's favorite when she was a young girl. The movie could have been so much more.
Read the book if you like this type of story, you will not be disappointed.
3 people found this helpful

kwblueyzReviewed in the United States on August 24, 2021
5.0 out of 5 stars
Sweet childhood memory...
Verified purchase
I had this recorded of of PBS on an old VHS and was super pleased to now have it on DVD without barely missed commercial breaks. It is still a great story, it has been too long since I have read the book to give an adequate comparison. This story always made me wish i could wander the Limberlost.

Diane Howard, Ph.D.Reviewed in the United States on November 10, 2021
5.0 out of 5 stars
Wonderful story with beautiful music, cinematography
Verified purchase
This is a wonderful story based on a novel. The film has beautiful music and cinematography. The acting is very good. The story is engaging, riveting, and heart-felt. It is a story about reconciliation and renewal
See all reviews
Back to top
Get to Know Us
Make Money with Us
Amazon Payment Products
Let Us Help You
EnglishChoose a language for shopping. United StatesChoose a country/region for shopping.
© 1996-2022, Amazon.com, Inc. or its affiliates