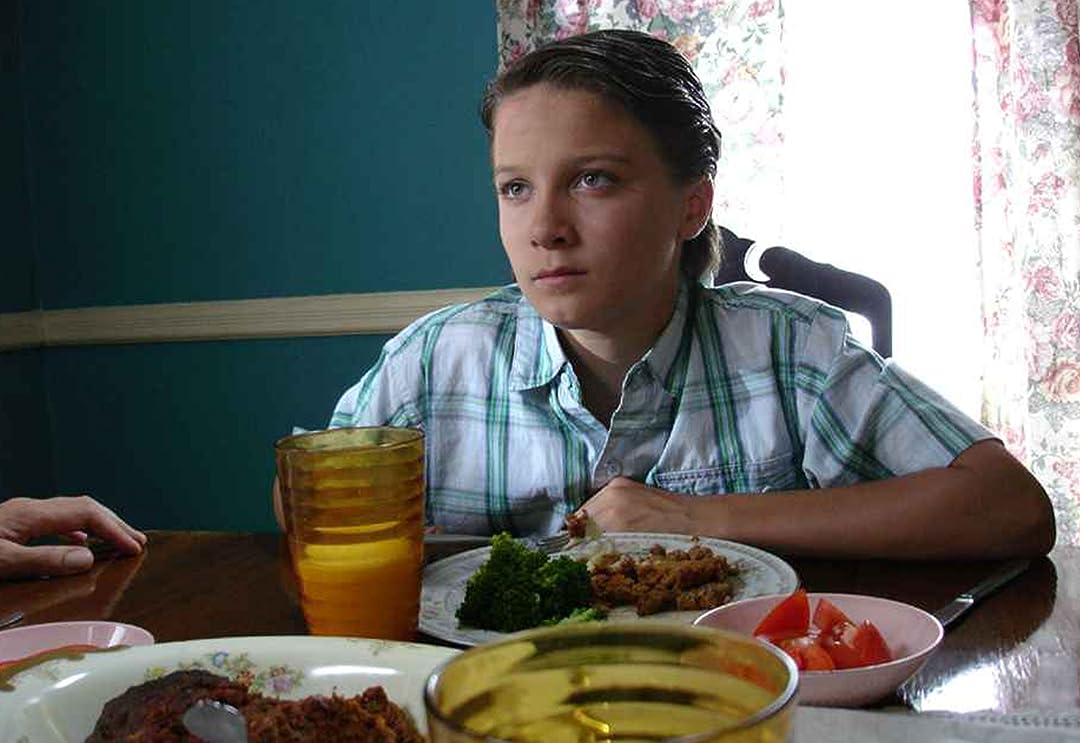 The Girl Next Door

(1,077)
6.61 h 31 min2007X-RayR
In a quiet suburban town in the summer of 1958, two recently orphaned sisters are placed in the care of their mentally unstable Aunt Ruth (Emmy winner Blanche Baker of Holocaust). But Ruth's depraved sense of discipline will soon lead to unspeakable acts of abuse and torture that involve her young sons, the neighborhood children, and one 12-year-old boy whose life will be changed forever. William Atherton (Die Hard), Catherine Mary Stewart (Night of the Comet) and Grant Show (Melrose Place) co-star in this devastating drama adapted from the controversial best seller by Jack Ketchum that Rue Morgue Magazine called "one of the most disturbing reads in the history of horror literature."

Allen Garfield's #1 fan.Reviewed in the United States on June 19, 2019
1.0 out of 5 stars
Nihilistic, sadistic and dumb.
Verified purchase
I guess I should've been somewhat prepared - this movie, after all, is based on the infamous Gertrude Baniszewski case.

Pure exploitation. Revolting. Should have turned off at 30 minute mark. Against my better judgment I watched 45 minutes (featuring a scene lifted from from Dyanne Thorne's most infamous 'Ilsa' scene). Big mistake.

Compounding matters is the ham acting that borders on Camp - wildly inappropriate for the subject matter. The "Grace" character seems inspired by Faye Dunaway/Mommie Dearest - complete with lit cigarette flourishes.

Also, lots of words, phrases and a general vernacular not yet in use (or coined) in the mid-60s - or the 90s for that matter. These kids talk like the jaded internet generation. Even some of the names are anachronistic: I doubt there were many teenage "Megans" in 60s America.

This movie has pretentions of a "dark underbelly of Suburbia" whatnot - in reality, the crimes took place in a dumpy part of Indianapolis, Indiana. Why the TV/ Leave it to Beaver version of suburbia? Oh, yeah - the dark underbelly of post war suburbia.

This movie fails as an exploitation flick AND as a serious drama. Indeed, the production values and intent/execution comprable to an extremely explicit Lifetime movie.

If you have an interest in the case, watch An American Crime (with Ellen Page and Catherine Keener, both excellent) instead. A much better film - in the vein of feminist provocateur Kate Millett's book, the 1979 masterpiece, The Basement.

The above (An American Crime and The Basement) might add some insight to the (presumably) younger reviewers, who seem to think this case and circumstances were acceptable back then (the events portrayed took place before I was born). This case shook the entire nation to its core - the public (rightly) was screaming for the death sentence for all involved. Richard Speck and Charles Whitman, who made headlines the following summer, "stole" some of the notoriety. At the time however, Speck was rightfully likend to Baniszewski. To reiterate: this case horrified the country. (This film, in its incompetence, fails to convey the shock and horror of the public - not yet so jaded about sadistic True Crime. It truly must have been frightening and seemingly unreal. Of course, serial killers and the like is now a cottage industry...this piece of schlock is by far the worst example of the TC genre.

Insult to injury: bluray has no menu, poor sound and no subtitles.

MyOpinionReviewed in the United States on September 15, 2019
4.0 out of 5 stars
This is Based on the True Story of Sylvia Likens
Verified purchase
This movie was based on the true story of the torture and murder of Sylvia Likens, a 16 year old girl who along with her disabled sister, was left in the care of a sick sadistic woman and her sadistic sons in Indianna, 1965. I wasn't aware of this until I started watching the film and began to recognize the story as the same crimes as seen in another 2007 version of the same murder in "An American Crime". Both versions are difficult and extremely disturbing to watch! This one may have been easier to take because I already knew the outcome. The acting was a bit amateur at times but the story was there and very troubling. I liked that this version had more of a personal vibe going for it as the young boy who befriended and loved her tried to save her and almost got caught in the same circumstances. If you can over-look the little areas of acting imperfections, you will find a story of how this affected the young boy's life and how he never got over or forgot his first love and the horrific abuse suffered.
16 people found this helpful

maleficentReviewed in the United States on June 4, 2019
3.0 out of 5 stars
Hard to watch.....
Verified purchase
I loooooooove horror/gory movies. I'd seen Jack ketchum's "The Woman" & thought it was awesome, but I didn't realize this movie was based on the abuse/torture of a real girl & fact based. Knowing that I don't think I would've watched this movie. I mean the scenes are intense but knowing this actually happened makes you super uncomfortable & sad. Just be warned.......
16 people found this helpful

sscReviewed in the United States on June 16, 2016
4.0 out of 5 stars
Graphic, gruesome, loosely based on actual events
Verified purchase
Probably the most disturbing movie I have ever seen. I had read John Dean's House of Evil: The Indiana Torture Slaying, which is a nonfiction telling of this case (I highly recommend this book, available on Amazon https://smile.amazon.com/House-Evil-Indiana-Torture-Slaying/dp/0312946996/ref=sr_1_1?ie=UTF8&qid=1466120816&sr=8-1&keywords=house+of+evil) without realizing that that this movie was based on the same crimes. The Girl Next Door is based on the torture and murder of this girl, but many details have been changed and the some events in the movie are much more disturbing than what is known to have actually happened, which was already pretty disturbing. The movie is not as gratuitous as The Human Centipede or Hostel with the torture, they don't actually show everything through to fruition, but the implications and the results that you do see, along with the fact that it is a mother encouraging her children to rape and mutilate a teenage girl that the mother tied up in the basement, and the mother herself severely mutilates the girl, is pretty disturbing.

The acting was actually pretty good considering what the actors had to do, and by the end of it, I found myself wanting to torture the mother who was responsible. She made the character just as hateable as that role needed to be. Some of the younger children did not sell their roles as well, but this is incredibly difficult material for young children to be able to perform. Overall, it is worth watching, but is definitely not something for your kids to watch.
27 people found this helpful

ShawnaReviewed in the United States on September 21, 2019
1.0 out of 5 stars
Skip this and watch An American Crime
Verified purchase
I’ve seen worse, but it’s not a great movie. The acting is bad. It’s very much on par with a Lifetime movie. The characterization is flat and lacking. I’d probably think this movie was better if I didn’t have An American Crime (with Ellen Page) to compare it to. The two movies are based on the same case. American Crime is well acted with characters that fee real, you can see their degradation. There are layers to everyone. This movie is flat and casual in all aspects. Do yourself a favor and watch An American Crime instead. ETA: The ending dialogue of this is garbage. I’m knocking from two stars to one just for that.
10 people found this helpful

I.Like.LeilaReviewed in the United States on September 23, 2019
5.0 out of 5 stars
DISTURBING
Verified purchase
I actually had to pause the movie a few times. Its hard to watch. But I refuse to avert my eyes like so many do. This movie, in my opinion, really shows what the 50's for women and girls was probably actually like. No laws against abuse, deranged people with no parental skills or guidance raising children. And it raises a bigger issue. That WOMEN are often extremely abusive to younger, pretty girls. Because they are so jealous. It's becoming more and more known, that women are culprits in horrific crimes against other women. Its overlooked and downplayed. This "CATFIGHT" blaise attitude towards it, just allows it to fester.
6 people found this helpful

Meghan Kaur LouveReviewed in the United States on August 23, 2019
5.0 out of 5 stars
Sad and sobering
Verified purchase
This film really disturbed me and pained me. The fact that it was based on a true story makes it even more sickening. I have no doubt that many teens live witnessing or receiving such senseless physical and emotional torture. The sad thing is that many of these teens (both girls and boys) are doomed to repeat such behavior later in their lives. The implied FGM torture near the end of the film was almost too much. Had any part of that been shown, I would have to have quit watching. Just knowing it really happens, and here in the USA, was verging on being too much to endure.
6 people found this helpful

Avid readerReviewed in the United States on April 11, 2021
4.0 out of 5 stars
The real horror is within
Verified purchase
The DVD starts immediately, and there are no subtitles. It starts with David, an older person recounting what happened when he was a child. This movie is set in 1958, in a small American town, and purported to be based on real events. I can accept that this story could be true, and that makes the horror even more. In those years, society was very repressive, very sexually repressive, and people didn’t talk about things. It was a mind your own business time. The movie centers on Aunt Ruth, who has boys, the oldest (Willie) perhaps early teens, and her husband was a real rat, a cheater and abandoned her. So she has a very jaded opinion of men. Meg and her younger sister Susan lost their parents in a terrible auto accident, so they were sent to live with Aunt Ruth. Susan uses polio like braces from the injuries. One gets a feeling that things were not right when one of Ruth’s sons is putting night crawlers into an ant's nest. That is cruelty. Ruth smokes continuously, drinks beer (and offers beer to children) and is really pure evil and domineering, in the pretext of teaching how to be proper. There are some neighborhood kids, of which Eddie is really much older, smokes, has a car and swears a lot. Ruth constantly puts down Meg in front of Susan, and Susan is punished wrongly in front of David, who is told what happened is none of anyone’s business. The movie is shown through the eyes of David, who is next door and becomes friends with Meg. Of Ruth’s boys, Willie is perhaps the leading sadist among them, and can egg on Ruth to do worse things. Ruth is a real psychopath, and passes that to her kids. With the worst things that are done to Meg, there is an audience of neighborhood boys and girls, which is very jarring. There are films of horror. But the worst horror is what is inside a person. In this movie, unlike so many horror films, it was not the stupid behavior of the victim that got herself into trouble. The cast played their roles in a believable fashion (for the script) and well photographed.
See all reviews
Back to top
Get to Know Us
Make Money with Us
Amazon Payment Products
Let Us Help You
EnglishChoose a language for shopping. United StatesChoose a country/region for shopping.
© 1996-2021, Amazon.com, Inc. or its affiliates