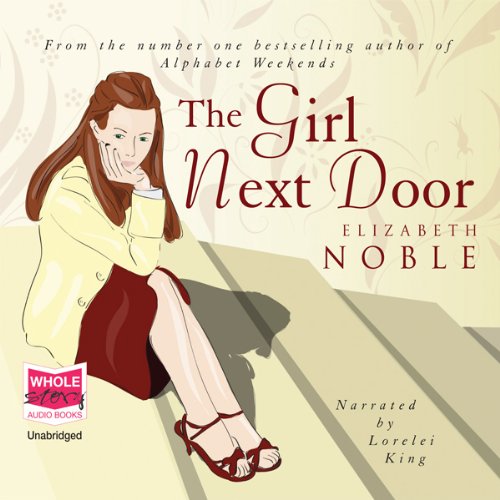 Special invitation from Audible!
Learn more about Membership
List Price: $21.81
You Save: $3.86 (18%)
By completing your purchase, you agree to Audible’s Conditions Of Use
Sold and delivered by Audible, an Amazon company

Assunta Sciarretta
VINE VOICE
5.0 out of 5 stars Schmaltzy, fun chick lit!
Reviewed in the United States on December 21, 2009
Vine Customer Review of Free Product( What's this? )Verified Purchase
I had a good time reading this book. I even bought it for one of my sister-in-laws as a holiday gift!
This is the story of Eve, a young English expatriate who moved to New York because her husband was promoted to a great position in the financial world. She gets to know the city and a city within the city - the people in her apartment building. The story is told by switching to different residents' points of view. The prose is colorful and easy-to-read. There are several fun stories within this apartment building.
Eve forms an interesting friendship with a fellow Brit, the 82-year-old Violet. There's also a quiet young librarian, a triathloner in the entertainment industry, a handsome trust fund guy who abandons his bravado as he falls in love, a gay couple, the Cuban building staff, and a wealthy young couple who have a marital crisis. Eve makes it through a life-changing crisis of her own.
Each character is well-developed and draws the reader into his or her world. This is not heavy literary fiction, but it's a fun, frothy read!
Read more
2 people found this helpful
Helpful
Report abuse

Ethel Ross
3.0 out of 5 stars Chicklit plus
Reviewed in the United States on May 30, 2012
Verified Purchase
Elizabeth Noble's 'The Girl Next Door' doesn't pretend to be anything but chicklit; but, as with her other books, as well as being an easy read, it has a serious side. She explores relationships between the inhabitants of an apartment block in New York City and allows her characters to grow, and learn from their mistakes, in ways which are both interesting and entertaining.
Read more
One person found this helpful
Helpful
Report abuse

Julia
4.0 out of 5 stars Did anyone else notice this error?
Reviewed in the United States on March 16, 2022
I'm halfway through the book and enjoying it so far. But due to what I now can tell is an error on the first page, I spent time flipping back, forth and around to try to figure it out. In the List of Characters, 3rd one down. "Cath Thompson: Emily's sister, wife to Geoff, and mother to Polly and George. Eve's only family."
Turns out Cath is Eve's sister, not Emily. Terrible mistake to make at the very beginning of the book, when you are trying to get a handle on who everybody is! Do the author and editor not know who the characters are?! Maybe this was corrected in subsequent printings. If not, it should be.
Read more
Helpful
Report abuse

BOOKLOVER EB
HALL OF FAMEVINE VOICE
5.0 out of 5 stars "I have to know I can trust you."
Reviewed in the United States on February 21, 2010
In the beginning of "The Girl Next Door," Elizabeth Noble gives a brief description of more than twenty characters, most of whom live or work in an Upper East Side apartment building. This may seem like an overwhelmingly large cast, but the author individualizes them enough so that we will not need to keep flipping back to the list. Some of the residents are mentioned only in passing and will be quickly forgotten. Others take center stage and they are fascinating, each one harboring his or her fantasies, memories, and regrets.

Violet Wallace, who is eighty-two and a bit reserved, has been living in the building longer than anyone else. Charlotte Murphy, twenty-nine, reads romances by the bushel and fantasizes about having a lover of her own. Emily Mikanowski, thirty-one and a triathlete, is uninterested in dating until the shiftless Jackson Grayling III, twenty-six, emerges from his indolence long enough to notice her gorgeous blue eyes. Madison Cavanagh is beautiful but shallow, ambitious, and promiscuous. Noble also focuses on three married couples: Rachael and David Schulman appear to have a perfect partnership until an act of betrayal comes between them; Jason and Kimberly Kramer are drifting apart and neither one is willing to admit it; Eve and Ed Gallagher moved to New York from Surrey, England, and the lonely Eve is chagrined when she realizes that her workaholic husband no longer has much time for her.

Noble takes turns eavesdropping on the aforementioned individuals. As the omniscient narrator, she has great sympathy for the many ways in which people distance themselves from reality and from one another. Instead of trying to fix his marriage, Jason lusts after Rachael; Jackson sleeps late, parties too much, and lives off his indulgent parents ("No rat race for Jackson Grayling III."); Kimberley spoils her daughter, Avery, who has displaced Jason as Kim's top priority; Charlotte has a crush on one of the doormen, but she is too shy to approach him.

Although this is a light, breezy, and entertaining story, it also has a hint of sadness. Not everyone is destined to fulfill his or her dreams. Noble is a skillful and smart writer who emphasizes the importance of honest communication, genuine friendship, and reasonable expectations. Even the most appealing of her characters is flawed, yet we grow to identify and care about them, almost as if they were our own neighbors. "The Girl Next Door" has tenderness, wit, tragedy, and a few surprises. Noble poignantly and effectively explores the risks and rewards of making oneself vulnerable to another human being.
Read more
3 people found this helpful
Helpful
Report abuse
See all reviews

mary w
5.0 out of 5 stars Thoughtfully crafted, easy to get lost in
Reviewed in the United Kingdom on August 23, 2021
Verified Purchase
I’ve enjoyed all Elizabeth Noble’s novels, and this is no exception. Following residents in a NY apartment block, it focuses on life-changing events for several people, of different ages and at different stages of life. It doesn’t have a ‘tidy’ ending, leaving lots of loose ends, making it more real and easier to relate to. Beautifully written, with just the right amount of description, dialogue and action. I really loved it
Read more
Report abuse

Mrs.L Buckle
5.0 out of 5 stars Excellent
Reviewed in the United Kingdom on May 28, 2021
Verified Purchase
I enjoyed the first book I bought, written by Elizabeth Noble, called "The Family Holiday" but this was even better.
Having lived in apartment blocks myself I found the dynamics between neighbours fascinating and believable.
The description of life in New York was an added bonus but the insight into real life problems was heart rending making this a book I will never forget.
Read more
Report abuse

Theama
5.0 out of 5 stars So interesting
Reviewed in the United Kingdom on April 3, 2019
Verified Purchase
I love all the different characters and complex relationships. So interesting. I have only two more books to read by this author. I can’t get enough of Elizabeth Noble.
Read more
Report abuse

Ruth Gill
5.0 out of 5 stars Really enjoyed this Elizabeth Noble story. An easy read.
Reviewed in the United Kingdom on October 23, 2021
Verified Purchase
The characters became real and in the end I couldn’t wait to get back to see what happened next to them.
Read more
Report abuse

kimmyp
5.0 out of 5 stars Slow start but worth persevering
Reviewed in the United Kingdom on October 3, 2021
Verified Purchase
slow start and I nearly gave up, it seemed quite boring when all the various occupants of the building were being introduced. So glad I persevered.
Read more
Report abuse
See all reviews