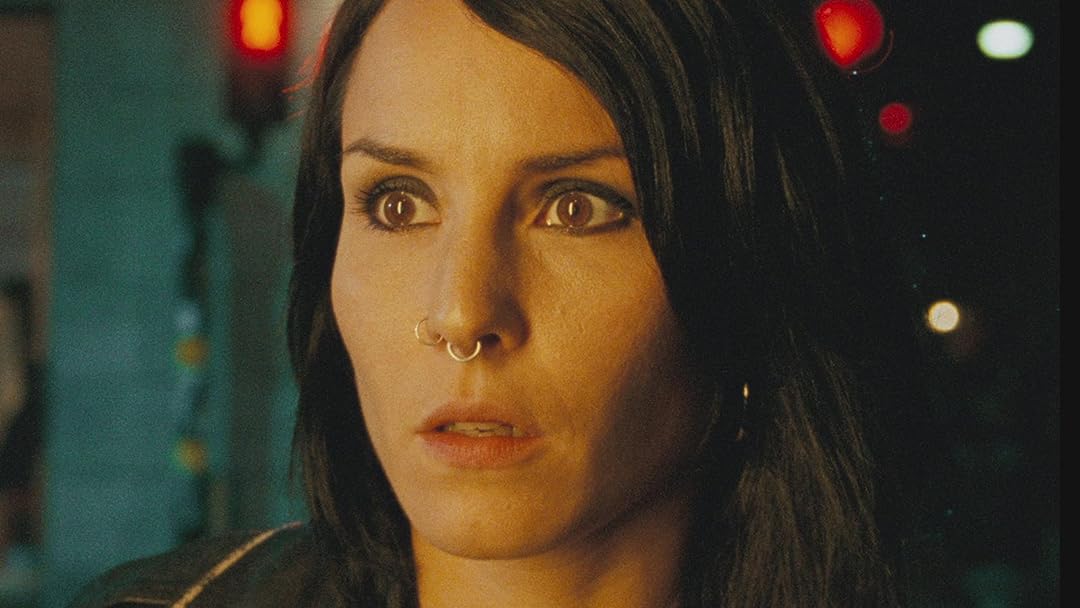 The Girl Who Played With Fire: Extended Edition (English Subtitled)

(4,322)
7.13 h 6 min201018+
The DRAGON TATTOO TRILOGY: EXTENDED EDITION contains more than 2 hours of additional footage not seen in the theatrical versions of the original Swedish films (THE GIRL WITH THE DRAGON TATTOO, THE GIRL WHO PLAYED WITH FIRE and THE GIRL WHO KICKED THE HORNET'S NEST).

Ron BReviewed in the United States on May 13, 2021
1.0 out of 5 stars
Subtitled is not dubbed!
Verified purchase
Someone should learn the difference between “subtitled”and “dubbed.” Subtitled you read the English words. Dubbed, some actor says English words while the Swedish actors act. Amazon Prime, some say subtitled... some say dubbed. All I could find were subtitled. Not good!
21 people found this helpful

Paul DorzweilerReviewed in the United States on November 11, 2018
3.0 out of 5 stars
Disappointed actually
Verified purchase
I understand that any film chooses which scenes to keep and which threads to delete from a novel but this version of Larsson's second book comes up short too often. The first half of the film is choppy, scenes thrown together with an almost haphazard manner. We see none of the police interactions which flavor the novel greatly but the Bublanski character does possess the weariness of the book's portrayal. The last half of the movie is more streamlined and coherent but I have issues with the director's choices in this film.

Larsson goes to great length describing how Lisbeth's body is positioned when she is buried alive, giving credibility to her ability to dig herself out. The film totally ignores that and the manner in which she is lying in the film would've made it impossible for her to survive. Also, this scene plays out at night in the novel . Why change it to daylight in the film? Her resurrection in the dark of night would've been visually compelling. Also, where did the pistol in Salander's hands come from? The movie doesn't tell us that. It should have.

Have now seen the American version of book 1 and the Swedish version of book 2. The Rooney Mara Salander is much more compelling. She has that Asberger-esque quality in her portrayal. She is edgy, self-contained and it is hard to take your eyes off of her. Both Blumkvists are good. Thought the Niedermann character should've been someone who didn't look 50 years old. He's supposed to look like her brother, not her father. And , for an American, it would have been preferred to have the psychiatrist who didn't resemble Frazier Crane.

I will watch Hornet's Nest. I appreciated Played With Fire, I just feel it wasn't all that hot.

Lorraine M. JesseeReviewed in the United States on October 16, 2015
5.0 out of 5 stars
HIGHLY HIGHLY RECOMMENDED BUT SURELY WATCH THE TRIOLOGY OF THE 3 MOVIES WITH THE ADDITIONAL TWO HOURS OF FOOTAGE ADDED!!!!
Verified purchase
After seeing the American produced film with Daniel Craig, I was surprised to run into the movie where it was originally made with English sub-titling. It was better than the American film. I then discovered that there was a second and a third film based on the original three books. I found those as well on Amazon Prime and then best of all I discovered the Triology of all 3 books packaged with 2 hours of otherwise omitted scenes.
As a move buff, I would much prefer a longer movie fully told and written and presented well than to try to watch a shorter version that often is so "chopped up" it leaves the watching audience picking apart the flow of the story. ABSOLUTELY ONE OF THE BEST STORIES (ALL 3 BOOKS) AND THEN THE TRIOLOGY MOVIE I HAVE EVER SEEN!!! MEANT FOR ADULTS, IT DRAWS YOU IN AND WON'T LET GO OF YOU UNTIL YOU HAVE SEEN THE COMPLETE SET WITH TWO ADDITIONAL HOURS OF FOOTAGE!! I ONLY WISH THERE WERE MORE SUCH TRULY ADULT AND WELL WRITTEN AND PRODUCED FILMS!!!
56 people found this helpful

JohawnReviewed in the United States on May 27, 2020
4.0 out of 5 stars
Noomi shines in her role as Lisbeth
Verified purchase
The 1st film was as well-scripted and edited a film as I've ever seen. However, the 2nd in the series was not quite as great -- but still excellent! Portions of the story were lacking and a few scenes seemed unnecessary. At times, I was confused about a couple people and why one scene followed from another. Fortunately, I had read the books so this helped orient me. That said, the bar was set quite high from the first movie so I may be overly critical about this one. Although not quite as "tight" in sequencing and production, this gave Noomi a chance to really be noticed in her role as Lisbeth! In the first film, the story was the hero but in this one Noomi excelled and brought attention to her astounding acting. One could still see the remnants of the little girl and her rough childhood as well as her determination and, more importantly, her growth towards being more of a socially-connecting person. I'm probably undervaluing the film with only 4 stars but I still recommend it. Just can't quite give it a 5...
4 people found this helpful

Robert AlvarezReviewed in the United States on July 26, 2021
5.0 out of 5 stars
Just as good as the first one
Verified purchase
Truly, another amazing movie in the "Dragon Tattoo" series of films, also known as the "Millennium" series, based on the trilogy of novels by Stieg Larsson.

Excellent acting, rich cinematography, suspense, intensity, and, as an added bonus, learning more about the childhood and upbringing of Lisbeth Salander (once again portrayed brilliantly by Noomi Rapace).

The focus of this installment is a sex trafficking ring, and its investigation leads to Lisbeth being accused of a triple murder, as well as to a hint of a government conspiracy.

Some scenes from the first movie in this series of films, "The Girl with the Dragon Tattoo," are revisited in this movie. As a result, some scenes may be difficult to watch.

I look forward to watching the third in this series, "The Girl Who Kicked the Hornet's Nest."
2 people found this helpful

Jeanne de WaalReviewed in the United States on January 18, 2022
3.0 out of 5 stars
Very disappointing
Verified purchase
This is such an intriguing series - the books of course are - and the original Swedish movies. But these dubbed English dvds are poorly done, casting and the readings. And - many scenes were cut that are important pieces of the story - better to read subtitles and experience the original version of the films. This should never have been released like this in my opinion. The same goes for the other 2 movies in the trilogy that are done in the same irreverent way. Sloppy, really sloppy.
2 people found this helpful

Sybil DorsetReviewed in the United States on January 5, 2022
1.0 out of 5 stars
Amazon technical help is non-existent.
Verified purchase
The DVD's themselves are perfectly fine. I purchased the Girl with the Dragon Trilogy in 2014, 3 DVD's with available streaming; I have previously watched all 3 in letterbox. I recently wanted to view them and only the first movie played in letterbox (what I purchased) but the other two played in that horrible forced format (zoomed-in). I tried to get help with customer support and was told I'm out of luck. I spent hours trying to get this resolved; I believe the issue is on prime video's side since I have checked other streaming movies and they play correctly in letterbox. I'm so disgusted and will not shop here anymore. You guys make it infinitely difficult to get technical help. Why was I able to view all 3 previously in letterbox and can't now? I do not recommend amazon prime video to anyone.
2 people found this helpful

Okemos56Reviewed in the United States on May 15, 2020
4.0 out of 5 stars
Rises or falls with Noomi
Verified purchase
These books and films rise-and-fall with a reader's or viewer's reaction to Lisbeth and her story of horrific abuse and eventually triumphant survival. In this installment, she's accused of murder and must clear her name. In the process, she destroys a vicious criminal ring and we learn about her early life. I find Noomi compelling in the role,
and in a strange way, the lack of sophisticated Hollywood production values helps by focusing on her. For those who've never read the books, the first book is a compelling murder mystery. The second was above average if erratic. The third, which was unfinished when published because of the author's death, was terrible as far as I was concerned.
One person found this helpful
See all reviews
Back to top
Get to Know Us
Make Money with Us
Amazon Payment Products
Let Us Help You
EnglishChoose a language for shopping. United StatesChoose a country/region for shopping.
© 1996-2022, Amazon.com, Inc. or its affiliates