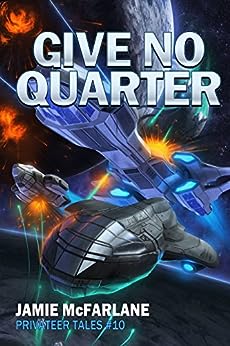 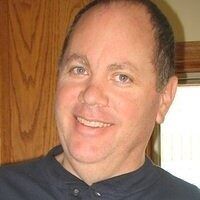 by Jamie McFarlane (Author) Format: Kindle Edition
Book 10 of 20: Privateer Tales
See all formats and editions
Sorry, there was a problem loading this page. Try again.
Branded criminals and on the run from the most powerful corporation in the known universe, Liam Hoffen and the crew of Hotspur have a simple choice to make. They can either cower and hide on the long since abandoned planet Ophir, or continue their mission to set right the wrongs perpetrated by a company willing to trade human suffering and lives for their bottom line. If you’ve followed their story, you know which choice they’ll make.

Our crew will discover new planets and alien species. They'll fight pitched fleet battles and struggle against a deadly new alien foe, which is as cunning as it is ruthless. While fighting a war on two fronts, Hoffen is ambushed by his father's murders. This showdown comes at the worst possible time and forces him to fight for everyone he loves. In the end, only he or the enemy will exit the field of battle and no quarter will be given.

Give No Quarter is the tenth book in the Privateer Tales universe and is the third in the Belirand Menace story arc which started with Buccaneers and is followed by A Matter of Honor.

Jamie McFarlane is a graduate of Colorado School of Mines with a Master of Science in Mathematics. An avid reader, tinkerer, woodworker and metal sculptor, Jamie is just as likely to be seen smelting aluminum cans in his garage as he is tacking random, discarded iron objects into a small army of beasties that adorn his home’s landscaping.

Jamie’s writing career began as something of a dare which later turned into a tribute. In his late teens, Jamie was well known as the family story-teller, spinning fanciful yarns about ordinary events, usually with the objective of escaping well-deserved trouble. One day, his mother, often the target of his mischievous tales, challenged him to commit his words to writing. Jamie promised he would but time passed, as did his beloved mother. In 2014, Jamie made good on his promise and published his first book.

Jamie is the author of a growing library of novels and novellas including the space opera series - Privateer Tales, and the urban fantasy series - Witchy World. Jamie lives in Lincoln, Nebraska with his wife and enjoys spending time with family and friends.

Char
5.0 out of 5 stars Not a corporation anymore
Reviewed in the United States on November 16, 2021
Verified Purchase
Or at least they don't act like much of one. With their letter of Marque from the mars protectorate, they go on the account. But unlike pirates, they're a force for good, not evil. They have a critical mission. Expose the belirand Corp for the heinous crime of abandoning their colonies when the encounter alien sentient lifeforms and keeping secret the ability for ftl so they can profit from the jump gates. Loose Nuts helps the humans on Ophir. Their main mission is to rescue a colony that landed on a koarak planet where they become livestock feeding the bugs. LNC makes a few trades, but they're mostly done to gain military hardware and supplies for the main mission. Liam makes some new friends and a new enemy and and old frenemey joins the crew. Another old enemy gets on the way of their mission and the sparks fly. I think Jerry Sailor appeared on a previous book (or 2), and Liam makes a deal with him to buy some wheat he picked up on Ophir so Jerry can make whiskey. What I didn't get until now is that we drink a rum called Sailor Jerry, which is very good; made by norman Collins. Does jamie know this? Just an aside... anyway, this is another great short story, but it leads into the next book I'm sure because the koarak overlord gets pissed off at Liam. So, onward and upward. Or as j.t. scott would say "to those who dare and to those who dream, and to those who are stronger than they seem"... this describes the whole crew of hotspur and intrepid..
Read more
Helpful
Report abuse

Andy McKinney
VINE VOICE
4.0 out of 5 stars better and better
Reviewed in the United States on August 2, 2021
Verified Purchase
There are lots of favorable reviews, so I'll keep it short. the author shows great imagination in his creation of a fictional universe for his story to play across. The characters have good interaction with one another and continue to grow and evolve as their life experience continues. This makes the struggles of the crew interesting. Without a good cast, the story doesn't mean much.
The stakes have grown well beyond the lives of our crew members. They heroically challenge the odds but mostly in the aid of others, not for personal gain.
The series is heavy on action, which I like, but still has some underlying messages of self-reliance, courage and never say die themes, which I also like.
Read more
Helpful
Report abuse

Some Average Guy
4.0 out of 5 stars Pirate Liam
Reviewed in the United States on May 17, 2016
Verified Purchase
One of the better in the series, definitely a high point so far. By the points:

1) Bigger fleet. Author spends the time to stop and collect booty and war prizes. This is great stuff. It also means a lot of flexibility in the types of scenarios Loose Nuts can take on now from fleet battles to little dirtside landings of 2-4 people. The whole piracy/trade is done very well.

2) All the favorite characters are there, plus a few new ones without adding so many you get lost. Good growth in the Jonathan character (hive of intelligences). Some people come and go, sometimes violently. We’re left with an even more interesting crew than we started. The only really neglected characters this time around are Nick the “smart sidekick” and Ada the “cute brown-skinned girl that’s great with big ships.” This was fine and necessary because so many other characters did develop and receive page time.

3) Larger universe / bigger stakes. Again this was done right in small enough bites that Liam can be pitted against whole new races without it being preposterous. A lot of mystery left to explore. I thought this book would see the story start to run out of gas, but instead it’s like an onramp to the freeway that somehow manages to keep our core of plucky crew as the focus.

4) Aliens. At last. First contact element was a bit simplistic but still a solid high point. Again there’s mystery here, good characters to meet, etc. The only thing I think that fell short was no clear villain/org to face. The enemy is still just kind of “them guys” and there’s no perspective as to the other side. We only get life through Liam’s eyes.

5) Liam is becoming a bad*ss. He’s a commodore. He makes the calls quickly without any drama and pages of second guessing over emotional angst. He’s a kid but also rapidly becoming “the old man” that has earned respect in the line of fire pulling people through battle after battle. I also really liked the scenes where Liam is stone cold with outsiders. You can see his steel underneath the yokel façade. Now he just needs a good XO to make him look even better.

6) Space Fighters. It’s not that big of a deal story-wise, but a nice little bonus. Throw in some bots, Chinese armor repairing machines, etc. and Liam is getting quite a bit of hardware/capability to go with his ragtag fleet.
Read more
3 people found this helpful
Helpful
Report abuse

There is good interplay between existing characters along with some maturity and development. There are also new and interesting characters added into to mix. The ending felt a bit rushed but was still fairly complete. Another fun read from McFarlane.

PAUL MITCHELL
5.0 out of 5 stars Good story
Reviewed in the United Kingdom on December 29, 2018
Verified Purchase
I am reading this series of books one straight after the other. I find the stories to be very engaging and once I start a new book I can't stop until it's finished. The auther keeps the twists and turns coming and you feel the main characters can't possibly get out of the tight spots,but then they go straight off to another adventure. I have loved following this series and am now straight away starting the next..
Read more
Report abuse

David Marshall
5.0 out of 5 stars Brilliant
Reviewed in the United Kingdom on May 25, 2016
Verified Purchase
Since accessing Kindle Store and reading the first story - I got all of them and read back to back. Nice feel good storyline, great characters and good lighthearted humour in the face of adversity. Love the short stories in between. Well done Jamie - hurry up for the next one ;-)
Read more
Report abuse

Herman
5.0 out of 5 stars Good read
Reviewed in the United Kingdom on June 17, 2016
Verified Purchase
Great continuance of the Hoffen saga - cannot wait for the next book in the series. This book really cheer me up a bit - just a wee bit. Some guys got their come uppance!!
Read more
Report abuse

Mike In Tokyo
5.0 out of 5 stars Series just gets better and better
Reviewed in the United Kingdom on December 30, 2017
Verified Purchase
Great read. Action from start to end. Space opera at its best. The good news is that there are more in the series!
Read more
Report abuse

Kindle Customer
5.0 out of 5 stars Very good leaves you wanting more
Reviewed in the United Kingdom on March 18, 2017
Verified Purchase
Very good read all the twists and turns keep you wondering what is coming next and who theY are going to meet next
Read more
Report abuse
See all reviews