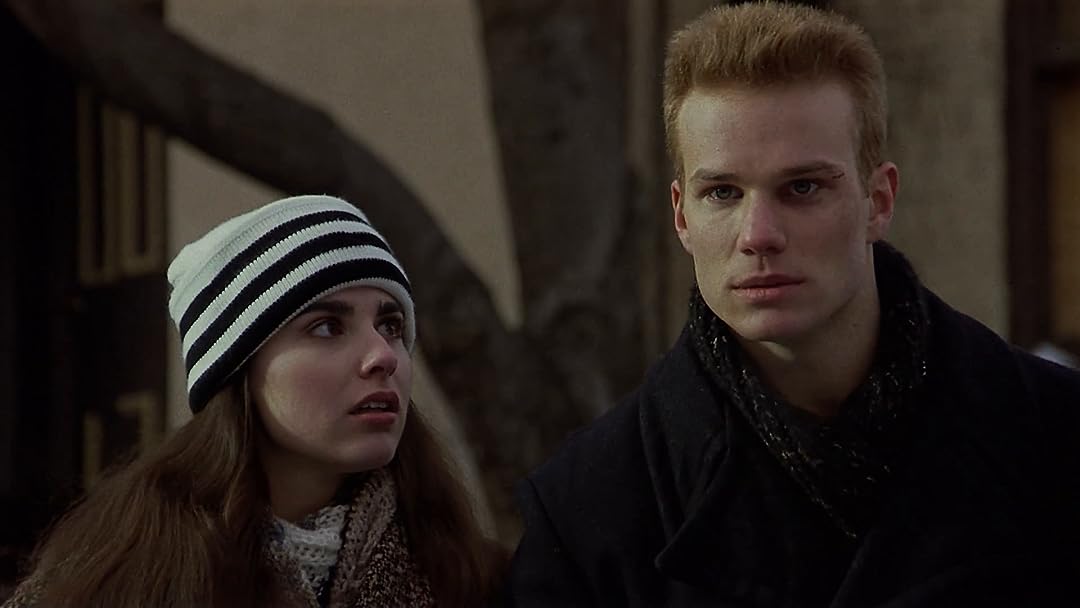 (1,268)
6.51 h 42 min199218+
Two young men - both talented with their fists - find themselves trying to survive in the brutal, no-rules world of underground prize fighting. A primal, jaw-shattering story,

BodyBibleAuthorReviewed in the United States on July 18, 2019
5.0 out of 5 stars
I lived it. GOD made
Verified purchase
This movie is about me. Based on my fighting in Chicago age 17 in 1989. I fought 22 year old Rodney Pringle of North Chicago and Kenosha Boxing Club at Ditka’s Trackside Restaurant in Arlington Heights when I was just 6 weeks since my amateur debut and it was my 4th fight. He was open fighter, 178 lbs, and I was novice fighter, 165 lbs. I prayed before fight and don’t remember second half of fight other than he was knocked down hard. Someone told me afterward “that was like Rocky!”. My book Body Bible at Chapter 9 gives all the details. I was, like Tommy Riley, Irish, good writer, dating girl named Dawn, good looking face, Senior in high school.
6 people found this helpful

AliReviewed in the United States on June 30, 2018
5.0 out of 5 stars
Atmospheric Boxing Film
Verified purchase
One of the finest movies of the boxing film genre, "Gladiator" is a tough, atmospheric fight movie set in Chicago's rough South Side. The setting is believable, especially for those familiar with the fact that the South Side of Chicago has a huge boxing scene, along with Philly. The guys look like real boxers, and there is actually character development for all main players. Tommy Riley, Lincoln, and the "Cuban King" Romano are all extremely likable characters that you want to see win. Robert Loggia and Brian Dennehy are classic villains that you will love to hate. Also on display is some mean-spirited, and surprisingly bloody fight scenes, not usual for mainstream Hollywood stuff. "Gladiator" has films like "South Paw" beat 100 times over. This one is destined for cult movie status; grab a copy before the price goes through the roof. Apparently there were 2 different editions released; one a standard, anamorphic widescreen print, and another that was double sided and featured a 4x3 print on one side. I'm not sure if there is a difference in picture quality between the two.
7 people found this helpful

Joe BedwellReviewed in the United States on April 12, 2021
5.0 out of 5 stars
Best Gladiator Collection For REAL fans
Verified purchase
The gritty direction captured the Real Deal of the underground fighting clubs and they were boxing to make clout & earn respect. The cast was Young, hungry and showed it through there chemistry & commitment to the Real fans and underdogs out there!! 5 Stars Classic if u like Real deal movies!!! Shout outs to Cuba,Tommy,Robert Loggia,Brian Denehy & All the cast & Directors!!! DEUCES From Philly, Joey Bagz!!!
One person found this helpful

Films4LifeReviewed in the United States on February 28, 2016
5.0 out of 5 stars
Another criminally underrated movie
Verified purchase
Gladiator is an awesome boxing movie. Criminally underseen. To me this is the only other good boxing film next to Raging Bull and the Rocky films. Very well made, stellar fight scenes, great South Side Chicago cinematography and great performances especially from James Marshall and Brian Dennehy. A great Chicago flick. Forget Southpaw, which is basically Gladiator and Rocky mixed together.
9 people found this helpful

warrenReviewed in the United States on November 12, 2019
4.0 out of 5 stars
strong, strong acting
Verified purchase
the acting was tops with the lead roles and most others were good character players. not a typical boxing film, but because of editing and good directing, it becomes an easy watch. great use of location shooting. applause for the finished product.
2 people found this helpful

Josef WilliamsReviewed in the United States on February 18, 2021
4.0 out of 5 stars
Classic Early Modern Boxing Flick
Verified purchase
Classic boxing flick. Even if majority of the time actual scenes were haymakers. The story was compelling and stands up even now after all these years. If you’re a fan of Rocky, Creed, Raging Bull, watch this movie!!!

Lfree555Reviewed in the United States on February 21, 2016
5.0 out of 5 stars
Happy tears of joy.....
Verified purchase
Great product. Great movie. I was on the hunt to replace this movie for awhile for my mom. Her movie was damaged and it meant the world to her. This movie holds many memories for her while my Father was alive and when I found it and had it delivered to her as a surprise she was so excited that it brought tears to her eyes. Thank you for bringing a smile to her face.
5 people found this helpful

CeltaReviewed in the United States on September 21, 2010
4.0 out of 5 stars
A good oldie
Verified purchase
Definally a good old movie, if your age is near of mine, you will enjoy this movie. Seen it came to my memory all the good and odd situation that I lived on those forgotten days. Looking a young Cuba Gooding Jr. in a good performance and of course the hero, leading by James Marshall, when the innocence of those days was to wait for the good boy to take care of the problem and resolve them at the end of the movie, with no special or cg effects, but with a real acting, this movie was an icon for me.

In the technical issues the sound is not good for this kind of media, I guess there isn't an improvement method in the way, is regretful cos it will make a difference in the movie, but the quality of the image and photography is very good. No doubt you will enjoy to watch this movie.