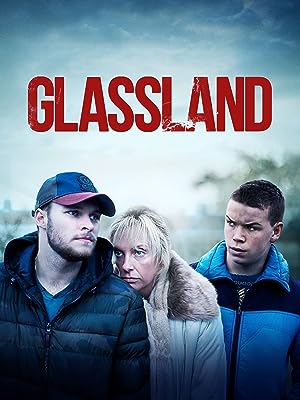 (28)
1 h 32 min201516+
A young man desperate to save his mother from addiction and reunite his broken family, is forced to take a job, entangling him in the criminal world, which pushes him and his relationships to the limits.

Hyejeongkwon13Reviewed in the United States on July 20, 2021
5.0 out of 5 stars
Definitely Worth Watching!
Verified purchase
If you're looking for a Hollywood blockbuster, this isn't it. It's a really well written and directed, independent film with a Superb cast. It's one of my favorite films. One that I've watched multiple times.

Emily D. FarnhamReviewed in the United States on October 6, 2019
5.0 out of 5 stars
Excellent
Verified purchase
Excellent

Gini WiniReviewed in the United States on June 27, 2016
2.0 out of 5 stars
Not as expected!
Verified purchase
Not as expected from watching the trailer.
2 people found this helpful

SHUREE Reviewed in the United States on May 23, 2016
1.0 out of 5 stars
Refund
Verified purchase
Would like a refund. Quality is low.

Will MacadamReviewed in the United States on February 18, 2016
1.0 out of 5 stars
Unrelenting misery
Verified purchase
Watching Toni Colette's masturbatory performance as the psychotic alcoholic mother proved so unendurable, I had to turn it off after less than an hour. This woman's appeal, I will never understand, but that's just me. A very positive review on Indiwire prompted me to bite the bullet and take a chance on this. Bad move. It's unrelenting misery, too one note dark, and most of the characters have no redeeming qualities whatsoever. The best friend is a horror, the locations are as ugly as sin, and you root for the mother's untimely demise from reel one.

ShogunTeeReviewed in the United States on February 17, 2016
3.0 out of 5 stars
Jack Reynor and Toni Collette in top form
Last year's Sundance proved to be a home for impressive indies about rageful sons caring for their angry, physically ill mothers. While James White earned the bulk of the attention for its impressive performances by Cynthia Nixon and Christopher Abbott, it wasn't the only such film to earn awards at the prestigious festival. Gerard Barrett's sobering, intimate sophomore feature, Glassland, boasts equally strong turns by Toni Collette and Transformers: Age of Extinction's Jack Reynor. Set in gloomy Dublin, the locale proves a wistful setting for a heart-wrenching, if overstuffed, story about familial responsibility and disappointment.

Reynor, who first showed his dramatic chops in the 2012 drama, What Richard Did, plays John, a hard-working if volatile Irish cabbie. John's life doesn't hold a ton of promise; there isn't much hope of escape to find a better future elsewhere. He's stuck barely scraping by financially, and even if he was more capable he'd still have to stay and take care of his alcoholic mother, Jean (Collette), who can barely get through the day without being falling down, violent drunk. She alternately needs her son and is resentful of him, the emotional push and pull tearing him apart on a regular basis.

Peering into their lives from the outside, as if through a glass window (perhaps what the title implies), we watch as John looks for an escape any way he can. While his mind-numbing job is one outlet, he finds a few moments of trouble-making fun with his best buddy, Shane (Will Poulter), who also is without a male father figure. But in Shane's case, he plans to make something of himself and leave to explore the world. Much of John's anger, which manifests itself in brief moments of rage just like his mother, has to do with his inability to follow in his friend's footsteps. John's also locked down by the need to watch over his younger brother who is afflicted with Down's Syndrome, and can't rely on his mother for consistent support.

That sense of being boxed in, of being an animal trapped in a corner, is the most impressive feat of Barrett's direction. But unlike James White, which zips by on kinetic energy, Glassland shows a more reserved, even poetic look at quiet desperation. Key to that is the strength of Reynor and Collette's subtle performances. It's crucial that we understand why they put up with one another's crap as much as they do, and through nuanced turns both stars make that clear. In one particular, lengthy confrontation we come to understand all of Jean's pain and humiliation over her addiction, but also the deep maternal love she has for her son. It may get lost in the alcohol haze but never truly goes away. While at the same time we come to understand John's need to care for her despite the abuse. There's so much good work done by the two leads that Barrett's decision to tack on unnecessary, distracting subplots is curious. One involves John's illegal transport of Asian sex workers, a topic way too broad to be so carelessly included in such a personal story. Glassland isn't the kind of film that will make a lot of waves. In fact, it's specifically designed not to, and that unassuming, detailed attention to character should be seen only as a virtue.

KGReviewed in the United States on February 11, 2017
4.0 out of 5 stars
Tremendously well acted drama.
Jack Reynor and Toni Collette both do extremely powerful work in this study an Irish working- class lad in his early 20s trying desperately to deal with his mother's raging suicidal alcoholism. There are a number of deeply disturbing scenes between them, and other that are truly heartbreaking. It's not often we see two actors bring such complexity to what could easily have been familiar, melodramatic and forced.

But there's something off in the film – the script tends to go wordy and oddly theatrical at times, although at others it's gratifyingly understated. (The film is much better when it's showing instead of telling). And the interesting - but seemingly left field - story line/moral dilemma of the last 15 minutes seems weirdly stuck onto the far more interesting and coherent central plot.

Still, it's very worth seeing for the performances (including Will Poulter as Raynor's only good friend), but it feels like an interesting film that sadly missed a shot at being a great one.
2 people found this helpful

KathrynReviewed in the United States on September 10, 2016
5.0 out of 5 stars
An accurate and intimate portrait on addiction
Wow. What a film. The performances were all incredible, should you take the time to absorb them both in the moment and afterwards. Jack Reynor easily deserved his best actor award at Sundance. There is a weight about every moment of his life, an indescribable mix of emotions brewing under the surface. Will Poulter serving the best work of his career thus far. Toni Collette was as realized as ever, adding another finely crafted characterization to her brilliant filmography. The film, set in a bleak Irish town, gives 100% how addiction manifests in the addict and more so, the people around them. It never tried to be anything more than an accurate depiction of these people's lives and a study of their characters. Reynor was simply fascinating to watch. It was haunting, understated, and a beautiful examination of a topic many films try to discuss, but few are successful at depicting with such masterful skill.
One person found this helpful
See all reviews
Back to top
Get to Know Us
Make Money with Us
Amazon Payment Products
Let Us Help You
EnglishChoose a language for shopping. United StatesChoose a country/region for shopping.
© 1996-2022, Amazon.com, Inc. or its affiliates