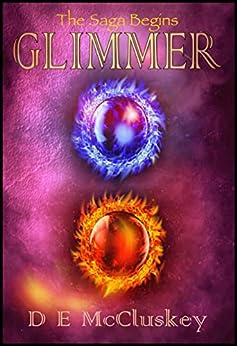 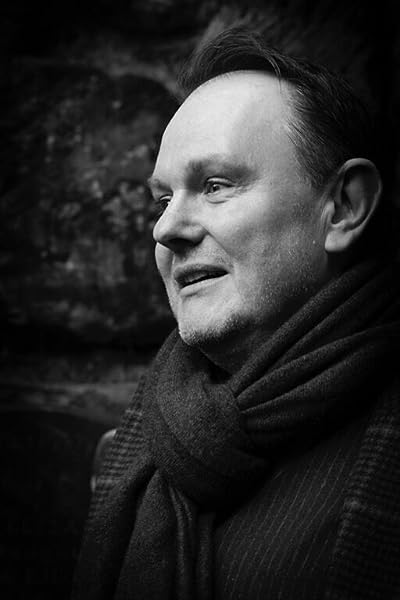 There has been peace between Azuria and Carnelia for an age. Both Kingdoms living a harmonious existence of trade and friendship.

But it hasn’t always been this way. There was once war, a war that lasted hundreds of years. A war that took much and gave little.

It began over two items that were long forgotten even before the conflicts ceased.

One that is dark, mysterious, terrifying, and deadly.

The uneasy trust between the kingdoms is about to be shattered by acts of betrayal, and malevolence.

Old magics have resurged. Two orbs, one red, one blue, both equal in power have been unearthed. These orbs were designed for peace, understanding, and good, however, in the wrong hands they could be devastating.

The responsibilities of The Glimmers.

New from D E McCluskey, author of The Contract, TimeRipper, and Butterflies, comes the start of a new saga. The Glimmer Saga.


D E McCluskey is a multi-genre author from Liverpool in the UK. His work encompasses horror, dark fantasy, humour, thrillers, and even a spot of romance. He writes novels, graphic novels, and comics. He lives with his partner, their children, and a sausage dog with delusions of grandeur.
Read more
Previous page
Next page

Next 1 for you in this series See full series
Total Price: $1.49
Books In This Series (1 Books)
Complete Series 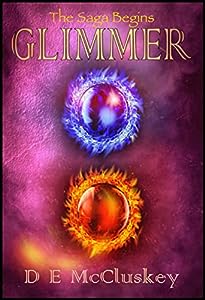 D E McCluskey was born in 1973, in Liverpool, England. He is the author of novels, graphic novels and comics. He lives with his daughter (an author in her own right (at the age of 11) with her children's adventure The Hangry Hamster), his partner, her daughter, and a sausage dog called Ted.

He began writing in 2011, creating his first comic publication entitled Interesting Tymes, an anthology of short horror stories written in rhyme for children and adults. This was quickly followed by the second in the series, along with a spin off. Dave then moved on to more adult related fiction, releasing a number of one-shot comics, followed by his first, full length book, the graphic novel, Doppelgänger.

More graphic novels and comics ensued, including a collaboration with artist Joe Matthews to produce a retelling of the classic Christmas tale, A Christmas Carol, only this time rewritten completely in rhyme.

Dave then turned his sights onto writing novels. His debut novel The Twelve was released in 2017 to great reviews. This was followed by a collaboration with a local, Liverpool music historian, to produce a historical thriller called In The Mood… For Murder, based in Liverpool in 1946.

Dave likes to work mostly in dark, or mainstream horror, although he has cross genres into extreme horror, comedy, thrillers, romantic drama, and children's books.

He is also working with a number of other authors/comic creators, in collaborations in their works.

Three Days in the City

The Adventures of Mace Masoch: Hard Times on Planet L'Bido

A Christmas Carol (with Joe Matthews)

In The Mood for Murder (with Tony Bolland)

The Contract (with C. William Giles)

Glimmer (book 1 in the Glimmer Saga)

Lisa
4.0 out of 5 stars Great Book -Was Hard to Put Down
Reviewed in the United States on June 21, 2022
Verified Purchase
This book was exciting, engaging and thrilling. The way the author describes things, I was able to visualize it and felt like I was there!
I was a little confused about where the antagonist came from in the beginning, but all was explained over time.
I definitely can't wait to read the next book in the series to see what happens with Azuria & Carnelia!

Kelly Rickard
5.0 out of 5 stars A brand new fantastic series
Reviewed in the United Kingdom on May 26, 2022
Verified Purchase
The first in a three part sage of a fantasy epic.

Glimmer refers to two orbs designed for peace, understanding, and good but can be used however the holder wishes to use them.

There is finally a peace between Azuria and Carnelia after centuries of war but it is a fragile peace.

This first book introduces us to a few main characters and is worldbuilding so we have a very good understanding of what happened to cause the war in the first place and how peace was achieved.

The main character is Cass the princess of Azuria and follows her journey as she is kidnapped and her escape of imprisonment. We also learn with Cass about the Glimmer and how to use it.

Cass is a teenage girl but despite this she is very resourceful and quick to learn.