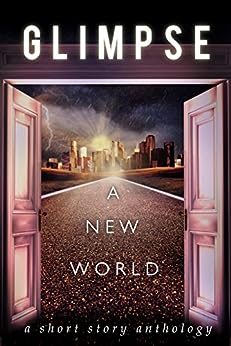 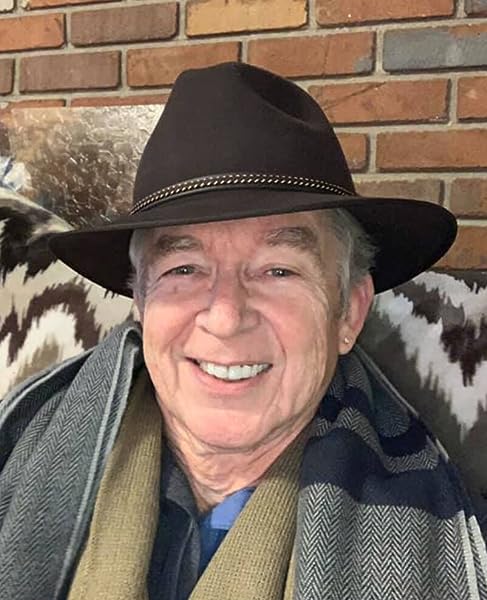 Be tempted and fascinated with peeks into worlds of Ghosts, Vampires, and Fantasy, to Crime and Science Fiction.

Many of these short stories are brand new, penned just for Glimpse, and features bestselling authors Michael Anderle, (The Kurtherian Gambit series), Sarah Dalton (The Blemishedl) and Kindle Scout winner Debbie Cassidy,(Sleeping Gods Series), plus nineteen more cutting edge authors enamored with telling stories and sharing them with YOU.

Get a Glimpse... and be captivated.
Read more
Previous page
Next page

4.0 out of 5 stars
4 out of 5
57 global ratings
How customer reviews and ratings work

Kindle Customer
5.0 out of 5 stars Good Book
Reviewed in the United States 🇺🇸 on August 26, 2022
Verified Purchase
The stories in this book are amazing. All of the characters were different and all of the storylines were fantastic. Good Job.
Read more
Helpful
Report abuse

Angel Leya
4.0 out of 5 stars Worth wading through the different stories to discover fabulous authors
Reviewed in the United States 🇺🇸 on September 29, 2016
Verified Purchase
As an anthology, of course it's a mixed bag. There were some stories I really enjoyed, while others I wasn't so enthusiastic about. I'll mention the best here, but other readers may find their preferences lean elsewhere. Being that the anthology is free, though, it's worth risking wading through the stories you don't enjoy to find the gems you do.

These ones were excellent (5 stars, really!):
--Found by C.B. Stone - This is an intriguing dystopian about Miriam, a girl on a base with nothing better to do than break the rules, and she finds a room full of banned material that calls her name.
--A Moment in the End by David R. Bernstein - A dystopian/sci-fi about a girl named Leeyah (great name :D ) with the ability to "push" thoughts and attitudes on others. She's part of a large corporation with secret assignments to help improve the positioning of the company. And of course, the company is taking care of her and her family, so it's worth it, right?
Rebels and Thieves: A White Hart Story by Sarah Dalton - This is a fantasy about Mae, a girl with a power she keeps hidden, and her and her father's struggle with a group of ruffians who have a keen eye on the white stag that chose Mae and her father.

Also enjoyable:
The Call of the Sea by Ashley Stryker
Defender of Mankind by H.J. Lawson
No Accidents by W. Bradford Swift
An Altercation in Rykkamon by Robert Scanlon

Overall, I enjoyed the collection, though some stories I didn't connect with the voice or content.
Read more
9 people found this helpful
Helpful
Report abuse

kutzkai
4.0 out of 5 stars What A Selection
Reviewed in the United States 🇺🇸 on December 31, 2021
Verified Purchase
There are many different genres to choose from. Some are good, some not so good. The main thing is that this book is free, so take a chance and see for yourself, you have nothing to lose really.
Read more
Helpful
Report abuse

Scarolet Ellis
5.0 out of 5 stars Wonderful story to read
Reviewed in the United States 🇺🇸 on August 24, 2018
Verified Purchase
This is my honest and unbias opinion of the story. This is one of those books you can't put down when you start reading, cause it is so good. It is aimed at Young Adults and I am so glad that I am so glad I reaad this book. I highly recommend this book to everyone who loves reading.
Read more
Helpful
Report abuse

Larry Hammersley
4.0 out of 5 stars A variety of stories
Reviewed in the United States 🇺🇸 on January 14, 2017
Verified Purchase
When reading this series of short stories one must remember the word "Glimpse". My first impression was that these stories have no resolution when they end. Glimpse explains why. They only show us a glimpse of a greater story line. With many stories here the writing naturally will vary with so many authors. I would rate some stories five stars such as Francelia Belton's story and others I would rate three stars and in between at four stars. It would be good among these stories to see the bigger picture or the whole of the short story.
Read more
3 people found this helpful
Helpful
Report abuse

Thorrn
4.0 out of 5 stars A mix of genres, mostly aimed for a younger adults, seeking paths or dimensions in which to explore, and grow with !
Reviewed in the United States 🇺🇸 on August 18, 2018
Verified Purchase
After discovering M. Aderle's universe of Bethany Anne Nacht, and feeling his sensitivity toward other independent writers, I wanted to see who else he would be paired with !
Some more sophisticated than others, but all worth your time investment ! Hell, reading MA's description of Michael's first days, after inhaling his resulting universe, makes you wonder which of these evolving writers will capture your devotion for years to come !!
Read more
2 people found this helpful
Helpful
Report abuse

Leanne Farmiloe
5.0 out of 5 stars Glimpse is well-worth reading!
Reviewed in the United States 🇺🇸 on September 2, 2016
Verified Purchase
I loved being able to read a variety of really well-written short stories. It is an engaging collection based on the "New World" theme and very enjoyable reading! Being a busy person, I liked being able to pick up a "chapter" and read a short story when I had a spare half hour. I will look forward to the longer versions of these stories! I particularly liked Robert Scanlon's "An Altercation in Rykkamon" and I'm keen to read the book when it comes out, as I'd like to read more about Indy and her adventures. Well done to all the authors - I'm hoping there will be a second anthology to follow "Glimpse"!
Read more
16 people found this helpful
Helpful
Report abuse

Red48
5.0 out of 5 stars Just like a box of chocolates!
Reviewed in the United States 🇺🇸 on November 12, 2016
Verified Purchase
Glimpse reminds me of a box of chocolates. A small sample of a lot of different kinds. That's what Glimpse is. A sample of different authors and genres. And they are all very good. If you are looking for some new authors or want to see what a different genre is like this is the book for you. Each story only takes a few minutes to read yet gives you a good example of that authors writing style and a look at a different genre. It's free, what have you got to lose. You really need to pick it up.
Read more
3 people found this helpful
Helpful
Report abuse
See all reviews

NiceCat
3.0 out of 5 stars Some ok, few very good
Reviewed in Germany 🇩🇪 on November 27, 2016
Verified Purchase
I like very few of these stories.
Most are ok, some I really don't like. Two or three I really do like. Very much.
All are good written but I don't want to read about misery and hard lives.
If you like short stories and don't mind fantasy and SF then give it a try.
But don't expect to much.
Read more
Report abuse