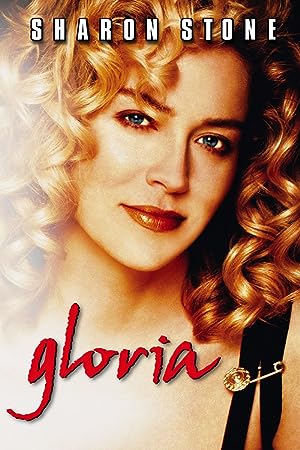 (265)
5.11 h 47 min1999R
Sharon Stone stars in the gritty tale of an ex-mob mistress who sacrifices everything to save an orphaned child from certain downfall and finds her tender side in return.

ClarityOfMindReviewed in the United States on July 19, 2019
2.0 out of 5 stars
Totally different WEAK remake version…
Verified purchase
If this did not receive a Razzie Award, it should. I love Sharon Stone and think she is beautiful and very talented, but her fake New York accent was terrible along with the bulk of the LAME storyline which was not her fault… The other characters were highly lackadaisical compared to the professionalism of the original.

johnellizzReviewed in the United States on April 6, 2015
1.0 out of 5 stars
Just Another Limp and Lifeless Remake
Verified purchase
I happened to watch the 1980 film "Gloria" and thought it would be neat to instantly compare this Masterpiece with it's 1999 remake starring Sharon Stone...so I watched the remake immediately after viewing the original. But comparing these two films would be dumb. The remake seems devoid of any ambition to capture the taut thrills and riveting danger of the original "Gloria". Sharon Stone has only basic acting talent and is in over her head...managing to generate only a cartoonish and thin characterization of the titular heroine that Gena Rowlands immortalized. The gritty textures and emotional power of the 1980 film are totally absent from this antiseptic, tensionless remake. It's hard to guess what the movie was trying to accomplish...it's toned down in every way and compares to the original like 'The Bay City Rollers' compared to 'The Beatles'. I'd say it was just another crass remake that merely attempted to generate some profit by pointlessly ripping off a superior film from the past. This trend began in the 90s and continued into the next decade and now we have about 100 'updated' versions of older films. Maybe five of these remakes are any good. Sharon Stone had no chance of successfully bringing this character to life...but it would have been interesting to see her try. Instead, we get a totally different character with no 'edge' or potency. (The character of the boy in this film is equally thin and uninspired compared to the dynamic kid in the 1980 version.) I think this trend to remake memorable films into limp, watered-down remakes is mercifully on the wane...at least I hope. Anyway, the glorious "Gloria" of John Cassavetes and Gena Rowlands will be much more appreciated if you had to see this imposter film first.
3 people found this helpful

warrenReviewed in the United States on November 5, 2021
3.0 out of 5 stars
watch and donate
Verified purchase
this was just a movie. watch it and forget it. the usually fine Sharon stone created a comic book character with her choice of a phony language for her role. watch the original gena Rowlands film. IT was solid and real.
One person found this helpful

Kenneth HarriganReviewed in the United States on August 24, 2014
2.0 out of 5 stars
Not unless your a Sharon fan
Verified purchase
I used to like this movie but it doesn't withstand the test of time. It is just so behind the times especially when you are talking action movies. This film seems to be going in slow motion. Even the dialogue is hard to take any more. You find yourself thinking, did people really talk like that. If you want to see Sharon Stone in an action film get the original "Total Recall" staring Arnold S. or "The Specialist" starring S. Stallone. For some unknown reason the original "Gloria" film seems to stand the test of time better and it is older. Go Figure
One person found this helpful

H. G. MiltonReviewed in the United States on May 10, 2003
5.0 out of 5 stars
BETTER THAN THE ORIGINAL
Verified purchase
I have read the other reviews on this rendition of "Gloria", and I believe every one of those ranks the Gena Rowlands original as the better production. I disagree. I much preferred the Sharon Stone version. I rented both versions and saw the Gena Rowlands version first. The next night a saw the Sharon Stone version. I much preferred the Sharon Stone version, and I placed an order to buy a copy tonight.
The language is more poignant in the Stone version, and some people may be turned off by this. But I see this as being typical of the type of characters being portrayed. Remember, Gloria has just served 3 years in prison for a crime she did not commit. Then her boy friend would not give her the money he promised for taking the rap. The language is similar to that being heard today on the Soprano series.
The original version was good, the remake is better. Photography is better - I loved the car chase scene.
This is an enjoyable suspenseful film to watch.

C. AndrewsReviewed in the United States on July 18, 2008
5.0 out of 5 stars
Great Remake
Verified purchase
It is what it is another Sharon Stone classic. I really like Gena Rowlands as an actress however, I think Sharon Stone did a better job at portraying Gloria. I really like the part when she comes home after being released from jail and the scene with her boyfriend & his goons in the Apartment. She acts & talks just like a tough moll gal from New York. I love this movie, that's why I bought it to add to my collections of DVD's so I can watch it over & over when ever I want. Sharon Stone is not given the credit she deserves for this movie. Sharon Stone is one classy woman.
One person found this helpful

robert woodsReviewed in the United States on August 9, 2020
3.0 out of 5 stars
ok acting
Verified purchase
not quite what i expected
One person found this helpful

LJ AReviewed in the United States on February 25, 2019
5.0 out of 5 stars
Tearjerker, action packed, exactly how the human race should treat each other.
Verified purchase
Heartwarming!! Two unlikely people to meet, and then God steps in and poof....another miracle. Yes! Miracles really do happen. Great movie.
One person found this helpful
See all reviews
Back to top
Get to Know Us
Make Money with Us
Amazon Payment Products
Let Us Help You
EnglishChoose a language for shopping. United StatesChoose a country/region for shopping.
© 1996-2022, Amazon.com, Inc. or its affiliates