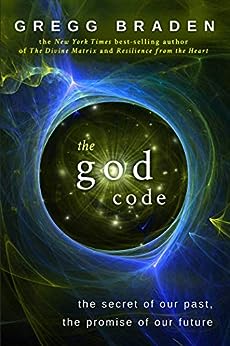 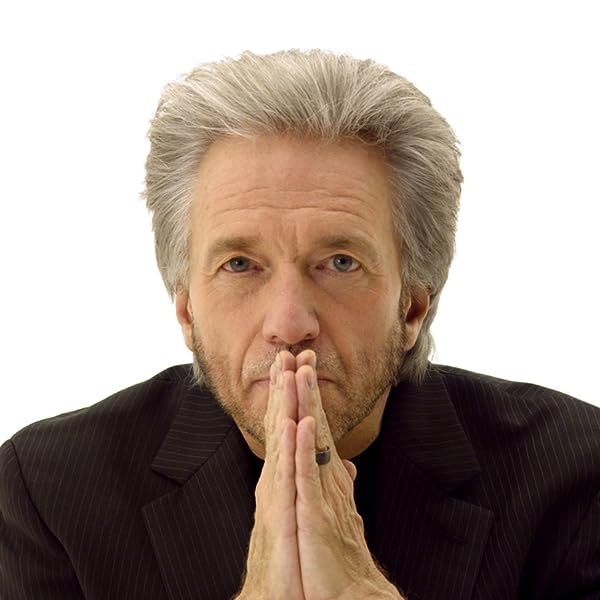 Tags that will help you discover similar books. 10 tags
science & mathnew thoughtchakrasancient & controversial knowledgeoccult & paranormaltheologyself-helpnew age & spiritualityevolutioncreationism
Results for:
Page 1 of 1Start overPage 1 of 1
Previous page
Next page
Where do clickable book tags come from?
Book tags are created from a variety of sources, some of which are customer-generated. Amazon is not legally responsible for the accuracy of the tags represented. If you are an author or publisher and would like to remove a tag associated with your title, please contact your vendor manager or publisher support team.
Amazon Business: Make the most of your Amazon Business account with exclusive tools and savings. Login now

“Brilliant and insightful—I urge all of you to embrace the message of THE GOD CODE. I see Gregg Braden as one of our great visionaries.”
—Dr. Wayne W. Dyer, bestselling author of 10 Secrets for Success and Inner Peace and The Power of Intention

“Gregg Braden is a rare blend of scientist, visionary, and scholar, with the ability to speak to our minds while touching the wisdom of our hearts.”
— Deepak Chopra, author of How to Know God

“THE GOD CODE explores a fascinating premise—-that there is a tangible, verifiable, and universal message planted firmly within the foundation of life—a message that may provide evidence for a higher intelligence operating behind the scenes of the phenomenal world that we all take so much for granted. Scholar Gregg Braden is to be commended, as he has opened an unprecedented window into our understanding of the great mystery of existence.”
— Hank Wesselman, Ph.D., anthropologist, and author of The Journey to the Sacred Garden and the Spiritwalker trilogy (Spiritwalker, Medicinemaker, and Visionseeker)

4.4 out of 5 stars
4.4 out of 5
186 global ratings
How are ratings calculated?
To calculate the overall star rating and percentage breakdown by star, we don’t use a simple average. Instead, our system considers things like how recent a review is and if the reviewer bought the item on Amazon. It also analyzes reviews to verify trustworthiness.
Top reviews

Steven
5.0 out of 5 stars Waiting for this book long time
Reviewed in the United States on May 16, 2021
Verified Purchase
Greetings Greg. I have been waiting to read this book for a long time. I did not know what the books name would be or who would write it , only that it would be written. As I write this it is May 16 2021 and I am in Israel and our neighbors in the South are unhappy and shooting rockets. I see you have written more books now I am going to read them. What you have written here about the creator being alive I our human cells just clicked something into place for me. Some of believe you know that the holy temple is being built right inside our own brain. We are who we become. I am one of those. Thank You for this book I will start on my second reading soon

Carolyn Wright
5.0 out of 5 stars Good read
Reviewed in the United States on August 12, 2018
Verified Purchase
Reading it again to be sure I didn't miss anything. Gregg Braden shows how science and God go hand in hand.
Read more
12 people found this helpful
Helpful
Report abuse

Ye Shall Be As Gods
3.0 out of 5 stars Interesting but it could have been better.
Reviewed in the United States on July 8, 2016
Verified Purchase
I was less impressed with this work than I have been with other of Braden's works. He makes some very interesting claims in here but as some of the other reviewers are commenting, there are some wrinkles in the data and logic to iron out. Granted Braden's genre of writing doesn't lend itself well to the rigid connecting of every single dot to arrive at a conclusion like a math equation, but he kind of walked right into that criticism with this work when that is exactly what he was trying to do. The Divine Matrix is a much better example of what he has to contribute to the world in his message and his work. Every hard science was once in the realm of what would be called a pseudoscience at one point, so it is worth giving it some benefit of the doubt and a chance to iron out some of those wrinkles and see what you come up with, but he has written better works than this one.
Read more
20 people found this helpful
Helpful
Report abuse

Raymond Scott
4.0 out of 5 stars Very interesting
Reviewed in the United States on March 8, 2021
Verified Purchase
I found the book very interesting in parts but esoteric and obscure in many parts. I read the book because of the title, but found much of the book a history of Hebrew : which I was really not interested in.
Read more
2 people found this helpful
Helpful
Report abuse

CRITICAL THINKING
5.0 out of 5 stars GOD'S FINGER PRINTS ARE IN YOU!!!
Reviewed in the United States on January 30, 2018
Verified Purchase
IT'S A MOST EXCELLENT READ FOR CHRISTIANS!!!
Read more
10 people found this helpful
Helpful
Report abuse

Duffy
5.0 out of 5 stars Finding GOD at last
Reviewed in the United States on October 10, 2021
Verified Purchase
In the almost 72 years that I have been on this planet I have searched for a spiritual aspect of God that included both the feminine and masculine nature in all humans rather than just the masculine, wrathful, vendictive, God of religions. Now we have the evidence that God is in all of us and like any creator, he signed his creation.
Read more
Helpful
Report abuse

RRobb
5.0 out of 5 stars Get ready to be even more in Awe of God!
Reviewed in the United States on April 27, 2017
Verified Purchase
I love Gregg Braden's books and this does not disappoint. It does take focus to read because it gets deep. I tried to read in an airport with not much success but once on a quieter plane, I could follow. Really puts you in awe of God as you discover yet another layer of what He has built into creation.
Read more
3 people found this helpful
Helpful
Report abuse

Esteban
4.0 out of 5 stars Excellent book. Braden is so well spoken
Reviewed in the United States on September 23, 2016
Verified Purchase
Excellent book. Braden is so well spoken, knowledgeable, precise. I loved it and now find myself adding up numbers of dates to see if they are indeed special in some way. Gregg has the experiences and training that could fill several lifetimes. He backs up any claim he makes with facts. Thanks Mr Braden.
Read more
5 people found this helpful
Helpful
Report abuse
See all reviews

Yulia
3.0 out of 5 stars an OK read..
Reviewed in the United Kingdom on December 7, 2018
Verified Purchase
I like Gregg Braden but I found this book a little boring from the second half. The first part about the actual research was interesting but could do with a bit more detail I thought. Second half of the book was too "propaganda" for me, readers should be able to make their own conclusions. it was a bit too much of "stating the obvious" in the second part of the book im.afraid.
Read more
5 people found this helpful
Report abuse

JudyD
5.0 out of 5 stars The God code
Reviewed in Canada on August 1, 2021
Verified Purchase
This book group gave great insight into how we as a human society can evolve knowing that we were all related from the universe and have the God code in our bloodstream. It is up to us to make the changes to have a society that works together and except each other we are all human.
Read more
Report abuse

N S
5.0 out of 5 stars Interesting
Reviewed in Canada on March 15, 2021
Verified Purchase
I found this book interesting and liked the research the author did. Recommend for people who believe in God and like to look for truth with an open mind.
Read more
One person found this helpful
Report abuse
See all reviews