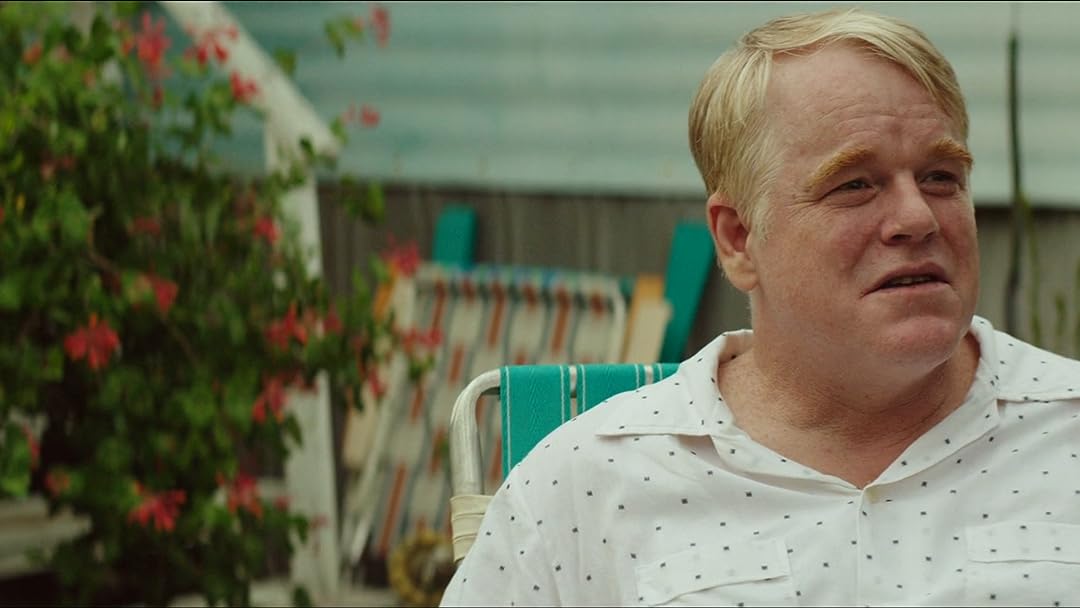 joel wingReviewed in the United States on December 23, 2020
4.0 out of 5 stars
Life of a man whose entire life is struggle and yet has a calmness
Verified purchase
God’s Pocket follows the struggling family of Philip Seymour Hoffman. They were having problems making ends meet when their son is killed at his job. How Hoffman deals with the situation is at the center of the story.

Hoffman plays the kind of character that can’t win. He robs a truck and doesn’t get paid in cash but in meat. His local bar raises over a $1,000 for his son’s funeral and he bets it on a horse race. The movie comes to be about how much more can he lose. That’s the beauty of the story. You want to see what else can happen to him. At the same time he knows what he’s facing and calmly accepts it. There’s no panic or desperation. It’s just what he knows is his life.

You wouldn’t think this type of story had any room for some laughs but there’s some dark comedy thrown in there as well at just the right times. It does come completely unexpected at first.

The movie also tries to make a connection between Hoffman’s plight and the working class neighborhood he lives in called God’s Pocket in Philadelphia. They work, they struggle, they face setbacks, but they don’t give up. There’s some nobility in their situation while they are also completely parochial.
C

NATTYLIGHTReviewed in the United States on September 28, 2019
1.0 out of 5 stars
I hated this movie
Verified purchase
I should have bailed on this movie 10 minutes into it. But I kept thinking it would reveal something important. (I love John Turtorro's acting). The characters are depressing and the plot is even more depressing. It's about a town full of lost, aimless souls who bounce from one mishap / tragedy to another. I don't know how this film got funded since there's nothing the viewer wants to identify with. The end wasn't even cathartic.....the main characters go to Florida to wait for the inevitable ax to fall on them. Without using any swear words; I would call this film a POS (and I love movies). Watch "Welcome to the Riley's," if you want to see the correct way to handle tragic characters creatively.....in a way the viewer can find empathy for and identify with the characters. One of the rules of script writing is......make the offensive characters have a redeeming quality the viewer likes. "God's Pocket" forgot to make its characters have any redeeming qualities.
One person found this helpful

papermooseReviewed in the United States on October 25, 2014
5.0 out of 5 stars
Hoffman Back in Character
Verified purchase
Sadly, another reminder of the great loss of talent due to untimely passing of Philip Seymour Hoffman. He is as always, phenomenal in this film, playing a not-so-lucky guy who has seen better days and seemingly stuck in a low-low-middle class neighborhood. Christina Hendricks (Mad Men) pulls off a beautifully understated role as his suffering wife, and it is a treat to see John Torturro back in his element. Dark humor at its finest, but on a sophisticated level that won't win over the masses. The biting comedy comes at the expense of a bevy of down-and-out characters that you hope to learn more about. It starts off at a good pace and with a twisted side-story infused, there's not a dull moment. However, what truly makes this movie is Hoffman who, as usual, morphs into this character. It is impossible to take your eyes off of him as he maneuvers his way through God's Pocket. A solid win for John Slattery's directorial debut.
6 people found this helpful

Jo-Jo CustomerReviewed in the United States on September 7, 2019
5.0 out of 5 stars
Won’t regret watching
Verified purchase
This is a really good movie, perhaps more indie film than many mainstream watchers will enjoy, but it is gritty and good with really stirring sub cultural undertones about life and how justice works in poor communities.
2 people found this helpful

Jack ZubritskyReviewed in the United States on February 11, 2015
3.0 out of 5 stars
Long Journey into Depression
Verified purchase
There are parts of God's Pocket that are just excellent. However, the movie is not the sum of its parts.
There are times when I think that Phillip Seymour Hoffman only did characters that are in a depressing transition. Such was the case here. The pacing is pure independent cinema, slower and more down trodden than Hollywood. We, a group of us, participated in this one and everyone came away depressed.Even the humor was depressing. But a better cast you could not want.
It is one of Hoffman's last movies. I wish we would not have lost him but this is not a title for an epitaph on his career.
One person found this helpful

Golden RoseReviewed in the United States on December 1, 2014
2.0 out of 5 stars
Great cast but poorly developed script.
Verified purchase
Disappointing. A great cast does a noble job with a script that just doesn't devote enough attention to fleshing out the characters. In this tight knit community, there is no acknowledgment by anyone of how disturbed the son is. It is also unbelievable that the community depicted here would not raise (very prominently) the idea of financial compensation from the company where the kid dies on the work site. No backstory for Hoffmann's character is also a weakness. I wanted to like this (in part for John Slattery's sake), but it just wasn't as good as it could have been.
One person found this helpful

Brian PReviewed in the United States on May 27, 2022
5.0 out of 5 stars
Just A Raw & Real Story
Verified purchase
First of all, I don't normally write reviews, but I watched this on a whim and it was just a nice & real story. I didn't grow up in the city or Philly Pa but as a small town guy, this movie hit home. It was just such a nice story telling movie. Easy to follow, made sense, kept me intrigued & to me that is what a movie should be...
See all reviews
Back to top
Get to Know Us
Make Money with Us
Amazon Payment Products
Let Us Help You
EnglishChoose a language for shopping. United StatesChoose a country/region for shopping.
© 1996-2022, Amazon.com, Inc. or its affiliates