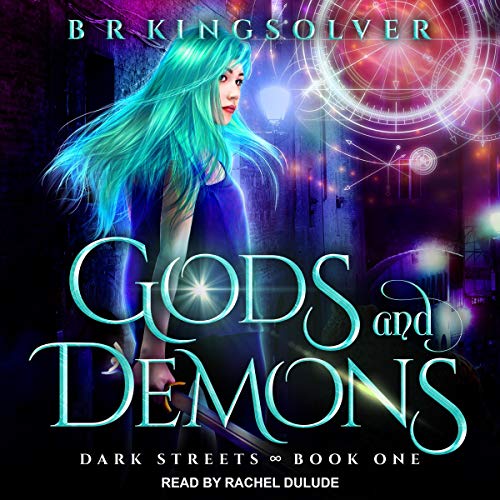 4.5 out of 5 stars
4.5 out of 5
462 global ratings
How are ratings calculated?
To calculate the overall star rating and percentage breakdown by star, we don’t use a simple average. Instead, our system considers things like how recent a review is and if the reviewer bought the item on Amazon. It also analyzes reviews to verify trustworthiness.
Top reviews

B
5.0 out of 5 stars Best book ever !
Reviewed in the United States on May 24, 2019
Verified Purchase
I dislike smut, cheesy romance, harem books, reverse or otherwise, excessive cruelty, ridiculous sugary sweetness, long winded emotional or moralizing jabber, and unrealistic protagonist motives. This book has none of that crap ! Life is not as complicated as most writers try to make it seem. People just want to be safe and happy, and this book expresses that fact, while giving you a rich fantasy world to enjoy. What more could you want ? !
Read more
78 people found this helpful
Helpful
Report abuse

JcatTop Contributor: Pets
TOP 500 REVIEWER
4.0 out of 5 stars Similarities to Kim Harrison's Hallows series--but still good in its own right.
Reviewed in the United States on March 30, 2018
Verified Purchase
For instance, this Heroine (Kellana) shoots potions from a paintball gun, just like Rachel Morgan (from the Hallows series). To give this Author her due, Kellana, when complimented on using a paintball gun, says: "Well, I can't take credit for the idea. I read it in a fiction novel about a Witch who filled paintballs with potions". Both Heroines are strong, independent, and powerful.

I really like that Kellana is an Elf. It makes her fit into this interesting World well. In fact, she has abilities that I've not heard of in Elves. I also enjoyed all the different Fae species, as well as all the other supernaturals in this World. There's everything from Vampires, Demons and Shifters to Goddesses and Angels. I also thought that an Elf running a Landscaping business was inspired.

The human Mages in this story caused all sorts of problems, which moved the action well. I wish that Isabella had decided to stay with Kellana, because they made a powerful team. After all, every Kick-butt Heroine needs a GalPal. At least there is a potential love interest that showed up in the latter part of the book, because the series needs some romance.

I would like to see a little additional background on Kellana and a little more depth to her personality, but overall I enjoyed this book. I will be awaiting the next in the series.
Read more
32 people found this helpful
Helpful
Report abuse

Kindle Customer
5.0 out of 5 stars Great Storytelling!
Reviewed in the United States on July 13, 2019
Verified Purchase
This was a truly wonderful read. I loved the plotline, and all of the twists and turns in this book kept me on the edge of my seat right up to the end. I really enjoyed the fact that there was no epic love story to distract from the plot.
Kellana is an incredibly capable, strong, colorful, and funny heroine who gets pulled into helping to retrieve an ancient and very dangerous artifact stolen by a dark mage by Professor Isabelle Cortez, who also happens to be a jaguar shifter. I love the dynamic between these two women and how they support one another. Add to that Miika, a halfling, several mischievous pixies, and several others to round out her team, and it makes for an exciting adventure on the way to retrieving the artifact and saving the U.S. government from being taken over by the evil mage.
While there is no romance in this story, don't despair, there is definitely potential for one in future books in this series. There is no cliffhanger, which I love, and I look forward to seeing what other adventures Kellana and Her cohorts find in the next book in this series.
Read more
7 people found this helpful
Helpful
Report abuse

Kindle Customer
5.0 out of 5 stars Great lead character
Reviewed in the United States on April 30, 2018
Verified Purchase
Loved the main lead she was such a strong smart and prepared hero she didn't take anything from granted and knew what her capabilities were the plot and sidekicks were cool as well I had only one complain and it was the bad guys they went from being cornered and almost defeated to mega masterminds in the turn of a few pages it felt forced that they could get the upper hand in such a devastating way in such little time and with no one noticing however the ending took care of that issue and I'm positive I'll be picking up the next book as soon as it's available as well as the other sagas from this author
Read more
6 people found this helpful
Helpful
Report abuse

bsa 1962
5.0 out of 5 stars What A Great Surprise
Reviewed in the United States on April 12, 2020
Verified Purchase
I have read a lot of urban fantasy fiction over the years and have been disappointed a great many times. This was not one of those times. This was a good book with a great plot and interesting characters as well as enough unanswered questions to make for a good series. I am still a little worried that this series will devolve into a soft core porn series like Laurel K Hamilton work as well as so many others work in urban fantasy with female protagonists, but I am trying to be optimistic. If it turns out I was wrong then I’ll let you know in my next review. Bu BR Kingslover has made it onto my list of favorite authors...at least for now.
Read more
2 people found this helpful
Helpful
Report abuse

Emily07
5.0 out of 5 stars Great Paranormal series
Reviewed in the United States on July 18, 2019
Verified Purchase
I was recently introduced to BR Kingsolver through the Chameleon Series, and decided to give the rest of her books a try, and was very glad I did. This series is about a 1/2 Fae 1/2 Human Witch and Alchemist who runs her own Nursery, something she is very good at being 1/2 fae, in the middle of Washington DC. There are mages, witches, vampires, werewolves and other paranormal creatures that she interacts with, trying to find a lost archetypal gold statute that hold tremendous power, and is something that should be returned to the realm of the gods, and does not belong on Planet Earth. It is an exciting adventure that introduces us to a world of paranormal creatures, some good, and some bad, trying to live together in this world of ours. It was a fun ride, and I will be buying the rest of the books.
Read more
3 people found this helpful
Helpful
Report abuse

T. Jackson King
5.0 out of 5 stars Fascinating story
Reviewed in the United States on July 7, 2020
Verified Purchase
This is an excellent story about an Elf woman who has been on Earth since 1945 and is now running a landscaping biz in the Washington DC area. It's full of mages, witches, werewolves, other shifters, a jaguar shifter familiar who becomes the best buddy of Kelland, the Elf witch with powers stronger than most paranormals. It's a fight against ancient evil embodied in a Mayan statue of a jaguar that a human mage wants to use as a means to take over America and then expel or kill all paranormals in the USA. The backstory is fascinating. The urban setting is well researched and accurate. The various characters are nicely done. I enjoyed the story so much I just bought Book 2 and surely will buy Book 3. Lastly, Kingsolver continues to write delightful dialogue, great suspense and wild magic battles! Highly recommended. Tom.
Read more
One person found this helpful
Helpful
Report abuse

Jason
4.0 out of 5 stars Fun adventure romp
Reviewed in the United States on March 19, 2018
Verified Purchase
I love the main character, there is much more to her story and many things can happen in this world.

That being said this is a fun adventure romp with lots of magic, both evil and good. Different magical explosions and a no nonsense hero who is stuck in our world.

I am interested in seeing what is next for her and her friends. Would like a little more character development next time around, but the adventure was fun
Read more
5 people found this helpful
Helpful
Report abuse
See all reviews

Evis
5.0 out of 5 stars Terrific read...
Reviewed in the United Kingdom on February 29, 2020
Verified Purchase
I read this not thinking that I would love it so much! Fantastic characters, not mushy like so many other paranormal stories, gritty and fast paced, can not wait to read the next book! I hardly ever feel compelled to write a review, but here I am! Love love love!!
Read more
2 people found this helpful
Report abuse

Kindle Customer
4.0 out of 5 stars Great story
Reviewed in the United Kingdom on January 12, 2020
Verified Purchase
Thoroughly enjoyed this story. This author is very entertaining. i am looking forward to reading the next one in the series.
Read more
Report abuse

Kindle Customer
5.0 out of 5 stars Love finding new authors
Reviewed in the United Kingdom on August 29, 2018
Verified Purchase
Absolutely loved this book bought from Amazon kindle version
It draws you in from the first page it was on a recommended list from Amazon
Read more
One person found this helpful
Report abuse

AA Lee
4.0 out of 5 stars Diana Tregarde and Jennifer Talldeer Need to Hang with Kellana
Reviewed in Canada on April 23, 2021
Verified Purchase
Kellana Rogirsdottir is an interesting character. She has the same rocky start as Aster (from Zenina Masters' "Tangled Heart") but these two females take very different routes to the landscaping business each sets up to legitimize their presence in this reality. Unlike Aster, Kellana apparently attracts trouble (who, in this case, is called "Isabella Cortez") and despite her impressive attempts to drag her feet, ends up hip deep in demons. Oh yay - Kellana might need exercise but this is ridiculous! If you like reluctant warrior women with creative magic and a strong protective instinct, you are going to want to get to know Kellana Rogirsdottir better. I'm pretty sure that Diana Tregarde and Jennifer Talldeer would want to hang with her!
Read more
Report abuse

Jacqui E
5.0 out of 5 stars Many twists
Reviewed in Australia on November 4, 2019
Verified Purchase
It took a few chapters to follow the story, but then it was hard to put down. Very enjoyable with the twists and turns, you never know where the story is going. Onto the next book, 'Dragons Egg'
Read more
One person found this helpful
Report abuse
See all reviews
Back to top
Get to Know Us
Make Money with Us
Amazon Payment Products
Let Us Help You
EnglishChoose a language for shopping. United StatesChoose a country/region for shopping.
© 1996-2021, Amazon.com, Inc. or its affiliates