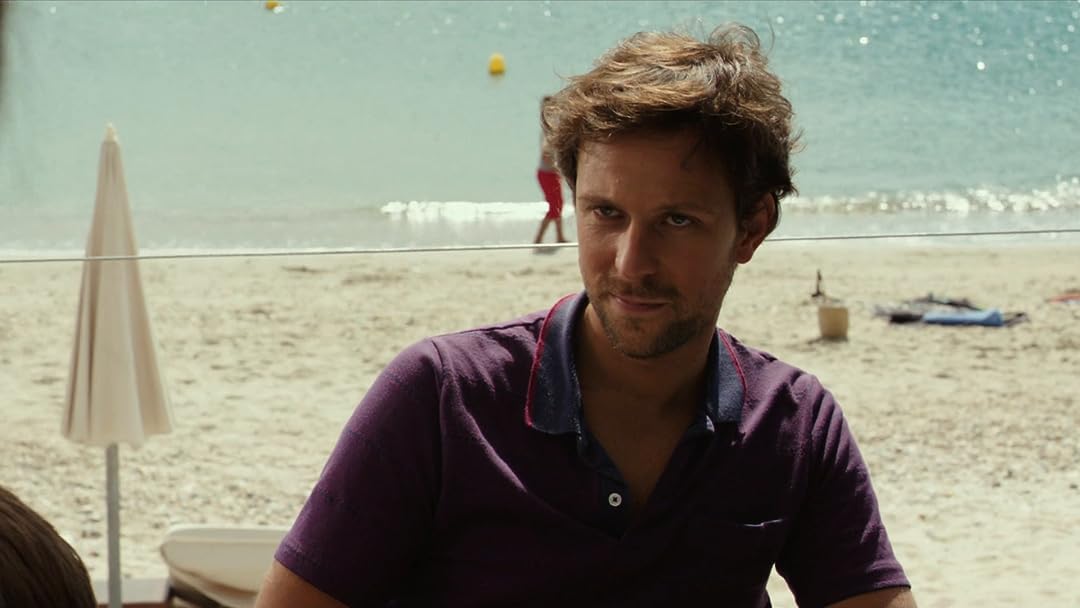 (95)
6.31 h 35 min201616+
Baptiste is a teacher living in the south of France, who never remains in the same job for long. Left in charge of one of his students for a weekend, Baptiste meets the boy's mother Sandra, a fragile woman working near Montpellier. For one day, a powerful spell unites them.

Mick LamarrReviewed in the United States on September 7, 2015
5.0 out of 5 stars
Great psychological, affecting drama with excellent performances
Verified purchase
Excellent, emotionally charged drama, beautifully photographed with naturalistic tones, and directed, and showcasing some very fine acting work: i found Louise Bourgoin exceptionally beautiful and affecting in her role, and Pierre Rochefort , the son of the director and of great French actor, Jean Rochefort, a very talented and truly handsome young actor, i hope to see more often in films as he makes for the perfect romantic lead. A great surprise was to see iconic star Dominique Sanda finally back to work after quite a long time, i believe, perfectly cast in the key supporting role of the sensitive yet ambiguous wealthy mother of the troubled lead, delivering a great performance and completely engrossing the screen with her presence, and, even though definitely aged, still perfectly luminous, and clearly a natural.The movie is not as well known as it should be, and, that's too bad. I had to buy the Pal version, since there's no American distribution (a shame) and fortunately i have both systems DVD players. A real delight, from beginning to end, unfolding a bit like a mystery, but it is an insightful psychological drama, that argues family's values,and recent European society as well, it turns out to be haunting and extremely sweet, shot also on gorgeous different locations in the South of France (mostly). Highly recommended, and, hopefully, one fine day, available also in the States, who knows?
11 people found this helpful

Shrimp RamenReviewed in the United States on March 6, 2017
4.0 out of 5 stars
Psychological Character Study of Prodigal Son
Verified purchase
Gah! Nobody does put upon, displeased, disaffected, exasperated, and unnerved in dozens of different shades and ranges like the French. I find it bemusing in moderate doses, but it gets tedious and wearing when it expands throughout the entire run time.

Traveling schoolteacher Baptiste, the prodigal son, returns to his family on the holiday weekend of Pentecost Sunday. Good themes explored about the nature of loyalty and the narrative unfolds in surprising turns. The premise that he would show such a level of commitment or generosity (it's left open-ended as to which end of the spectrum) to basically a stranger in Sandra and her son, Mathias, I don't know how plausible that is to me. Yet, I did stay engaged to the story and enjoyed how it unfolded.

Gerard MullerReviewed in the United States on October 5, 2021
5.0 out of 5 stars
Two ungrounded individuals become a couple, classic story told in a compelling way
Verified purchase
A measure of actors, directors and cinematographers is to take a classic story such as this one of two people from different worlds finding qualities missing in their lives in the other and presenting it as if you had never seen it before. Even though you know where it's going, the trip is satisfying.
One person found this helpful

GladysReviewed in the United States on October 7, 2016
5.0 out of 5 stars
Temporary Traveling School Teacher
Verified purchase
This was a very heart-warming story about a man who was put in an asylum when he was young because he wouldn't do what his parents wanted him to do. This caused him to have chronic emotional problems when he got out. Fortunately he landed a school teacher's job and the kids loved him. And his chronic problems improved. Then there were many other things that happened in the story that were very interesting and awe-inspiring. The story just kept moving right along from one incident to the next. All improving his chances to excel. J70
4 people found this helpful

Russell SReviewed in the United States on August 31, 2018
4.0 out of 5 stars
Maybe i'm becoming too jaded.
Verified purchase
Baptiste is a loner. A gifted primary teacher living in the south of France, he knows how to bring their schoolwork alive for his pupils .When he is left unwittingly in charge of Mathias one weekend by the child's negligent father, the boy takes Baptiste to his mother Sandra. The acting by all of the players are wonderfully insightful. This is a story we have all seen before and there are certain aspects that I will not give away. The young teacher becomes enamored with the boys mother and well he compromises all the thinks and believes and sacrifices for her.....Dreadful story but well done.

Joanna MackenzieReviewed in the United States on September 24, 2016
5.0 out of 5 stars
Impressionable Movie
Verified purchase
French Movie. A brilliant drama between two people coming to term with their inner emotional struggles in life and willingness of helping each other in company of the young boy child who needs more love than anyone. The whole story unravels itself over a long three day weekend with a happy conclusion. A satisfying inspiring movie for the soul.

LindaReviewed in the United States on October 6, 2020
5.0 out of 5 stars
French film at it's finest. Magnificant
Verified purchase
Beautiful film. The leading actors are magnificent; and give strong performances. A love story that is comprised of nuances. The second half of the film is so unexpected. A child brings them all together by an act of fate. Much of the story unfolds through his innocent eyes with very little dialogue. It contains empathy, and a realism that is so rich and so rare in today's cinema. I cannot stop thinking about this film.
One person found this helpful

Science GuyReviewed in the United States on October 4, 2016
5.0 out of 5 stars
Well worth watching!
Verified purchase
Interesting plot and good acting. There is a twist in plot near the end that I didn't see coming. The characters take time to develop, but it is worth it. It is in French with subtitles. I loved the views of French countryside and small apartments in the city. Well worth watching!
2 people found this helpful
See all reviews
Back to top
Get to Know Us
Make Money with Us
Amazon Payment Products
Let Us Help You
EnglishChoose a language for shopping. United StatesChoose a country/region for shopping.
© 1996-2021, Amazon.com, Inc. or its affiliates