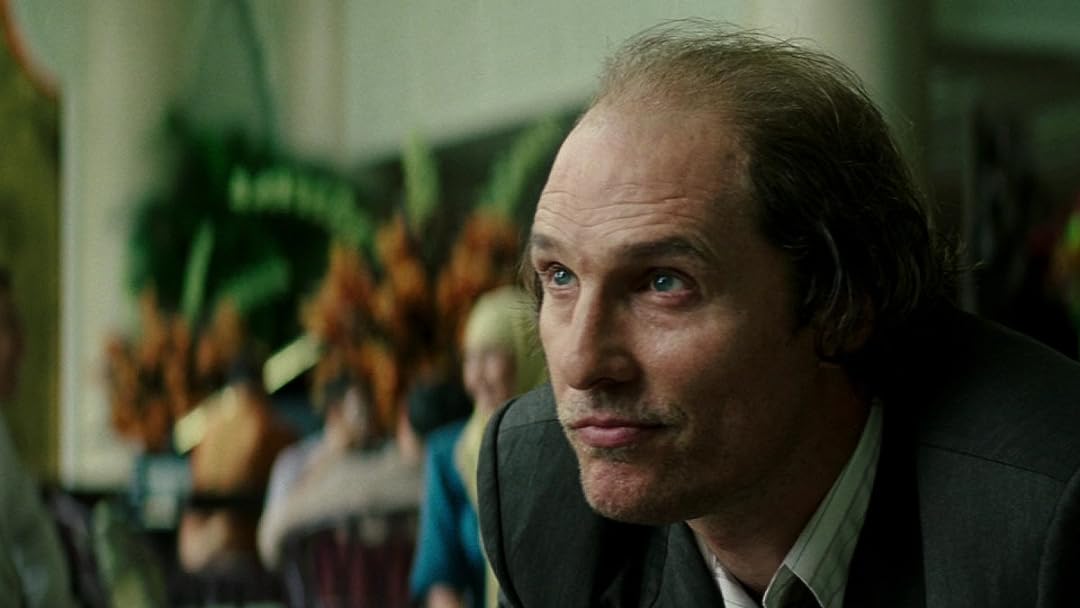 (1,815)
6.72h2016X-RayR
Kenny Wells, a prospector desperate for a lucky break, teams up with a similarly eager geologist and sets off on an amazing journey to find gold in the uncharted jungle of Indonesia.

Eric WarrenReviewed in the United States on February 15, 2020
3.0 out of 5 stars
Matthew McConaughey's "American Hustle" moment
Verified purchase
If you don't know the amazing real-life story that inspired "Gold" you should check it out. It is one of those clear examples of "truth is stranger than fiction". A Filipino Engineer, Michael de Guzman perpetrated what was at the time the largest fraud ever attempted in the Mining industry. He may (or may not) have gotten away with tens of millions of dollars in ill-gotten gains. Or, he may have fallen -- or been pushed -- out of the window of a Helicopter, hundreds of feet above an Indonesian rain forest.

You literally cannot make this stuff up.

What "Gold" does, somewhat successfully, is tell that story by dressing it up, re-locating the main North American action, adding and subtracting characters, etc. If you want your films to be true to the "inspired by true events" moniker then "Gold" is not for you. It takes significant creative license with the facts. But, if you want your stories entertaining and fairly well made, then this is your kind of film.

"Gold" has one main guilty pleasure, and that is Matthew McConaughey chewing the scenery as the fictional character, based on the real-life Calgary Mining investor, David Walsh. As Christian Bale was transformed for the much better “inspired by true events” “American Hustle”, McConaughey dons a bald/wig, probably gained real weight and is sporting one of the most obscene sets of false teeth perhaps ever attempted in a major motion picture.

The results could have been a disaster, but in the hands of an Oscar-winning actor they are splendid. Since his character in the film is mostly fabricated, it is not possible to say he becomes David Walsh, but he does become something interesting: watching him nearly lose everything, make a wild bet on a Filipino engineer and trudge through the jungles of Borneo, all the while contracting Malaria and driving up the value of his company’s stock is a sight to behold.

The rest of “Gold” is, to some extent, window dressing. Actor/director Edgar Ramirez is passable as the film’s version of de Guzman: if it is possible to “un-foreground” a character, “Gold” does that with deGuzman. The location photography is very good and the overall technique of Stephen Gaghan’s direction builds good tension by jumping from Reno, NV to Borneo to Wall Street.

But again, come for the story – which, even if it is mostly made-up, is still good – but stay for McConaughey. You will not regret it.

Dr. SueReviewed in the United States on May 9, 2017
5.0 out of 5 stars
Great Story!
Verified purchase
This was a well acted and interesting story. I loved this movie and didn't want it to end. Wonder what happened to Kenny? What a wild ride of a life he had. Those that think it was slow were looking for an action adventure flick, I guess. It's a adventure drama type movie based on a true story. McConaughey was perfect for the part. Well worth your time.
23 people found this helpful

JCReviewed in the United States on May 31, 2022
5.0 out of 5 stars
Very informative behind the scenes of real gold to market process
Verified purchase
Kinda a rags to riches story with true realife scenarios of corruption, scam tactics and what influencers can truly do (in a way). Also you see what in the old days, although this movie is shot in current times, but when a man used to give his word and shook hands to close the deal...he kept it to the end, irregardles of any outside pressures and/or manipulations to do the opposite. Now I do not wish to give the movie away but if you are a day trader or retired and/or planning on being a commodities broker be it in currencies, metals, or raw sugar... you'll find it very educational and an eye opener to always double proof check all your deals thoroughly. And that is all I will reveal on the matter.

robert spurgeonReviewed in the United States on December 26, 2021
3.0 out of 5 stars
Well acted, of course. Just not....
Verified purchase
just not really the type of subject matter I like. It is another one of those dark, seedy characters "outside the law" and that's okay. Well, the ending song says it all because it praises thieves. Two men throw in together to mine the gold in the hills they see across the valley. The stock market goes up and their lives change.

PTAVETERANReviewed in the United States on November 20, 2021
5.0 out of 5 stars
Outstanding film.
Verified purchase
I am a fan of the leads and supporting actors in this film, and they all deliver great performances. Great script which moves right along. Story idea great, and my wife and I have watched it over and over. I am an actor, and I can be a bit picky about films and TV shows, and this film is a good one to watch. I would recommend.

AtticusReviewed in the United States on March 5, 2021
3.0 out of 5 stars
More Drama Than Treasure Hunt
Verified purchase
This wonderfully acted crime drama moves at a pace some consider slow, but the end is well worth the wait. Matthew McConaughey and Edgar Ramirez take us on a walk through the jungle in search of gold. Along the way concepts of greed, excess and other vices are explored.
2 people found this helpful

Sam BellReviewed in the United States on February 13, 2021
4.0 out of 5 stars
Matthew McConaughey physically changes for the role.
Verified purchase
The character McConaughey portrays is a fool who stumbles into a world where he has no idea how the people operate. It's a good time watching the ups and downs and the climax has some pretty cool things play out. Kudos to Matthew McConaughey for playing outside of his realm. I guess that's what actors are supposed to do? Anyway, enjoyed this one. Just my opinion.
One person found this helpful

Duke of EarlReviewed in the United States on February 1, 2021
1.0 out of 5 stars
CHECK YOUR REGION!
Verified purchase
Accidentally bought a Region B format Blu Ray which of course doesn't play in an American machine. Why would the seller even ship to US addresses? This is technically my fault, so I won't knock the seller directly, but that is far too easy a mistake to make. Should be in the title (Blu Ray Region B EU).
See all reviews
Back to top
Get to Know Us
Make Money with Us
Amazon Payment Products
Let Us Help You
EnglishChoose a language for shopping. United StatesChoose a country/region for shopping.
© 1996-2022, Amazon.com, Inc. or its affiliates