You've subscribed to Montague & Strong Case Files! We will preorder your items within 24 hours of when they become available. When new books are released, we'll charge your default payment method for the lowest price available during the pre-order period.
Update your device or payment method, cancel individual pre-orders or your subscription at
Your Memberships & Subscriptions
There was an error. We were unable to process your subscription due to an error. Please refresh and try again. 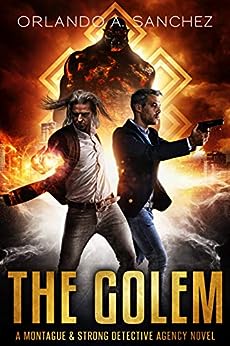 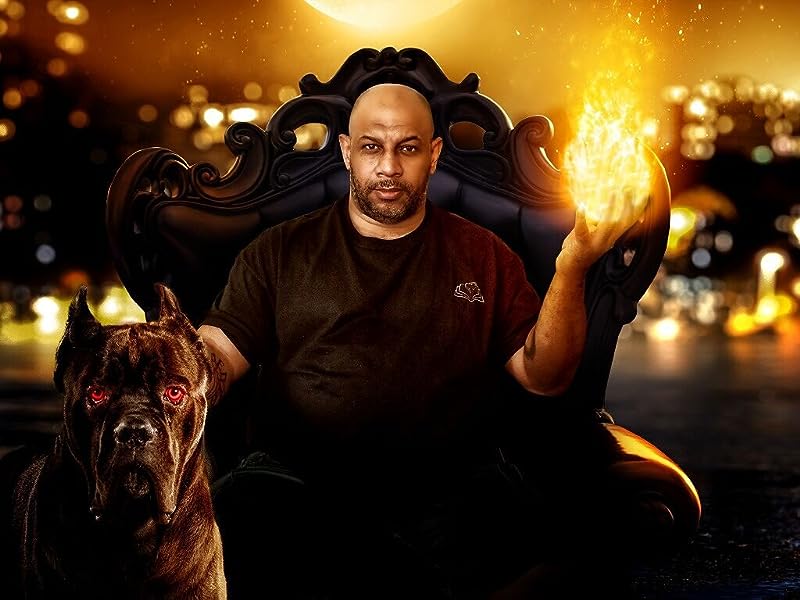 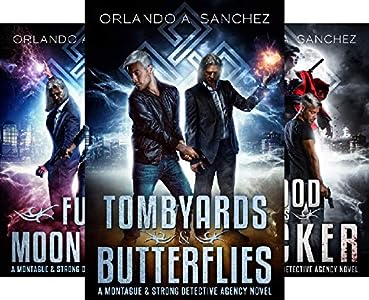 4.7 out of 5 stars
4.7 out of 5
326 global ratings
How are ratings calculated?
To calculate the overall star rating and percentage breakdown by star, we don’t use a simple average. Instead, our system considers things like how recent a review is and if the reviewer bought the item on Amazon. It also analyzes reviews to verify trustworthiness.
Top reviews

Diane K
5.0 out of 5 stars So many laughs and so much action!
Reviewed in the United States on December 23, 2019
Verified Purchase
Another very enjoyable entry in the Montague and Strong world. So many laughs and so much action! I love the quote at the start of Chapter 1, it sums up this world so well: “When you’re stuck between a rock and a hard place, blow up the rock.”—Uncle Dex

The Golem is full of the expected Monty and Simon sarcasm, snips, snark, action, and mayhem. It also marks a growth point in Simon’s understanding and powers. We meet some old friends and a new villain. Peaches helps save the day while adding a new talent, and is suitably rewarded with more meat. Best of all are two hilarious but infuriating new characters who may stick around in future books. And if you like Easter eggs, this book is packed full of them. I had so much fun reading this that I devoured it in one day, I didn’t want to put it down!
Read more
4 people found this helpful
Helpful
Report abuse

Stacey
5.0 out of 5 stars May the snark be with you
Reviewed in the United States on December 29, 2019
Verified Purchase
This is the BEST book in the entire Montague & Strong Universe!

In this novel, Monty and Simon have the best chemistry that I’ve read in any of their books. Their relationship has evolved into the perfect best friend, buddy cop, husband wife, odd couple relationship I have ever read. The insane level of snark and banter is incredible. The way they play off of each other is magnificent. Monty even has a sense of humor. Don’t even get me stared on Peaches. Peaches’ entry into any scene is hysterical. This is laugh out loud funny.

The plot is also amazing. It’s not just great writing. We get to see true growth in Simon. We also get to see a side of both Simon and Monty, that I think they didn’t know existed, thanks to a certain cold girl.

The supporting characters are some of the best in the M&S Universe. We get to revisit some of our favorite characters and we get to meet some extremely interesting new characters.

Tami Cowles
5.0 out of 5 stars Peaches!!!!
Reviewed in the United States on December 24, 2019
Verified Purchase
What can I say, Peaches is back along with Monty and Strong and they saved the world, or at least their small portion of it again. Loved all the Star Wars, Star Trek and other Easter eggs scattered thru. And introducing a new spin off set of characters, can't wait for their books! All in all, another "strong" link in this series! Loved it!!!
Read more
3 people found this helpful
Helpful
Report abuse

Joscelyn Smith
5.0 out of 5 stars Miracles Do Happen
Reviewed in the United States on December 23, 2019
Verified Purchase
Simon's cloak of denial is getting a bit threadbare and the crew experienced an early Christmas miracle. OMG!!! Simon, Monty, and Peaches have achieved the impossible, at least impossible for them, an intact city. It starts with Cold Girl freezing their building which makes them late to meet Death, I was sure mayhem and destruction, plus a rise in insurance premiums, were in their future but the city survived the trio's latest adventure. I already can't wait to see what the new year has in store for the M&S crew.
Read more
One person found this helpful
Helpful
Report abuse

Kindle Customer
4.0 out of 5 stars Mostly a good story
Reviewed in the United States on January 11, 2020
Verified Purchase
I do like the MS&P series and I've bought each book that has been directly of their universe. I am reconsidering doing that now because of the increased focus on the characters from Brew & Chew. When a series begins to introduce children to the series that tells me that the author doesn't know where to take the storyline and this book is more strongly showing that indecisiveness. For me ending the series on a high spot would allow a satisfying way for me to discontinue the series. I doubt that is going to happen and this will become my last purchased book in this series. I am sad for it.
Read more
One person found this helpful
Helpful
Report abuse

Fullmetalflorist
5.0 out of 5 stars Absolutely engaging battle mage action
Reviewed in the United States on July 26, 2021
Verified Purchase
Book 10 of Montague and Strong’s continuing struggle to save New York without destroying it, “one building at a time,” is a fast read, doesn’t lag when characters get injured and introduces new friends and foes.

Science Fiction cultural movie and tv references were hilariously overflowing in this installment by Orlando Sanchez.

I wonder if each book in the series could stand alone? There seems to be some repetition of introductory character descriptions, but these phrases would also be helpful if there were time gaps in between the reading of each book to remind us of Simon and Tristan compatriots from the previous books.
Read more
Helpful
Report abuse

DonnaH
5.0 out of 5 stars Another fun entertaining story that sweeps you up into the Montague & Strong world!
Reviewed in the United States on December 23, 2019
Verified Purchase
Explosions, maybe, destruction? well, that is something Monty and Simon try to prevent. But as we learned magic and mage made creations don't always work as planned, sometimes things get a little rocky!
To try and stop the newly created Golem from destroying New York and it's people both Simon and Monty are going to have to learn to view a few things differently. I definitely enjoyed the snark and dialogue between the characters, along with all the little easter eggs. When I met Bangers and Mash well let's just say I couldn't stop smiling, a few laughs might have slipped out also. Peaches, he's still his adorable, logical self. Seems his spending time with Frank has taught him a few things! Love that Hellhound.
Read more
Helpful
Report abuse

Timothy Knox
5.0 out of 5 stars You have failed me for the last time, Admiral
Reviewed in the United States on May 16, 2021
Verified Purchase
Wow! Just wow!

Okay, that’s a cop-out of a review, but really, that says everything that needs saying. This is another fun entry in the series, but then you already knew that.

This time, our heroes get full-on Obi-Wanned, but they manage to save the day, in spite of their handicaps. An interesting new threat to face, though somehow, it didn’t seem as deadly as some of the others.

Any road, it was a great rollercoaster ride, from start to finish. These books are like the bus in Speed. Once they get going, they never slow down. Just buy them and read them, for the love of Mike. Trust me.
Read more
Helpful
Report abuse
See all reviews

Kindle Customer
5.0 out of 5 stars These books keep getting better
Reviewed in the United Kingdom on December 23, 2019
Verified Purchase
Simon and Monty are back home from their last adventure. This time based in their home town of New York. The book is full of action and comedy between the pair of them. The last few chapters are at a very famous point in the city. Will they or not blow it up. Poor Angel no wonder he is feeling so stressed with these 2 around.
Read more
One person found this helpful
Report abuse

Frankie
5.0 out of 5 stars Thrilling exciting funny and a terrific hell hound !
Reviewed in the United Kingdom on January 12, 2020
Verified Purchase
Action humour good story and of course Peaches.
Love Monty and his tea at all times. Very British
Simon - his life is so complicated and his humour is fab.
Peaches is perfect. I want him
Read these books they are fabulous. Just read bthem!
Read more
Report abuse

Adrian P
5.0 out of 5 stars Monty and Simon are at it again
Reviewed in the United Kingdom on December 29, 2019
Verified Purchase
Peaches really needs to stop listening to Frank. Monty and Simon need to listen more to Ezra and Angel needs to drink some Javambrosia. Other than that its just the normal run of the mill destruction, mayhem, snark and Earl Grey that we've come to know and love.
Read more
Report abuse

CarrieO
5.0 out of 5 stars Another fun rollercoaster ride
Reviewed in the United Kingdom on December 30, 2019
Verified Purchase
I can’t say much more about this book than I’ve said about the others in the series. They start at high speed and don’t let go until the end. Fab characters, increasing powers, giant sausages. What more can one want. Love the book, love the series, love the author. More please!
Read more
Report abuse