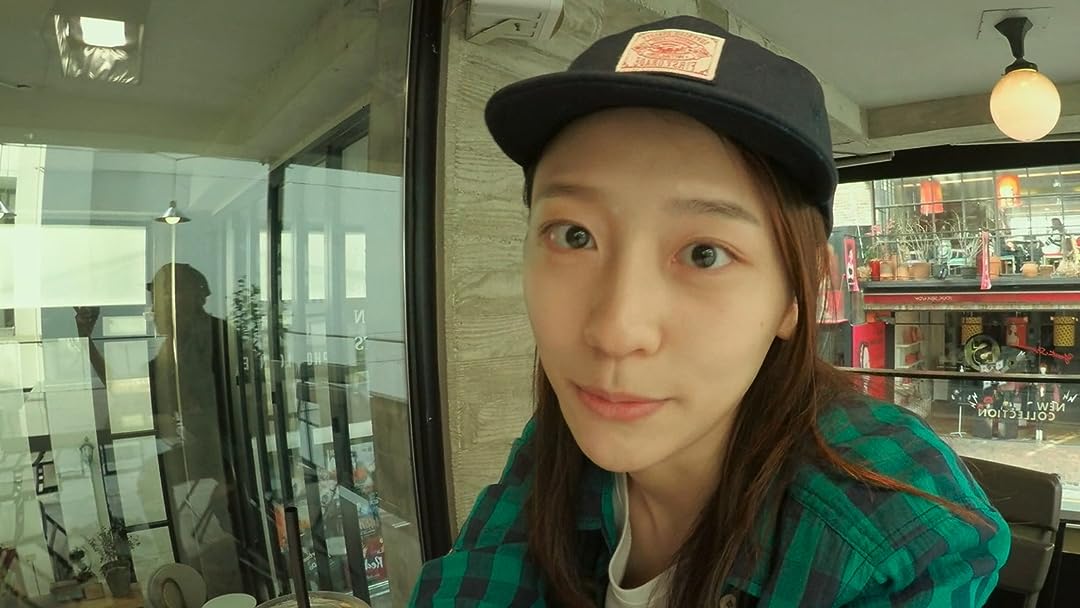 (656)
6.31 h 34 min2018X-RayNR
The crew of a horror web show plan to stream live from inside an asylum. To attract more viewers, the show's host arranges fake scares, but as they move deeper into the building, they find much more than expected.

IM****Reviewed in the United States on February 24, 2019
4.0 out of 5 stars
I was pleasantly surprised at how good it was.
Verified purchase
Usually, I don't bother writing reviews unless the movie was absolute crap and I had to express my distaste for it along with wanting to warn other potential viewers, but this movie I found to be a fantastic addition to the found footage genre. Of course, this is my opinion and everyone's taste in movie varies, but I really liked this movie. Sure, most people will compare this to the Grave Encounters movies but, if you think about it, you can only do so much with any found footage horror setting, and this movie executed everything really well. I felt the pacing was on par, the acting very believable and smooth, the special effects very realistic, and the suspense and creepiness factor top-notch. There were a couple scenes that actually had me jump despite me anticipating them. The only reason I don't give this movie 5 Stars is mainly because I felt the very last part of the ending could've had a bit more done to it, like add a twist to it to make it seem like the horror will continue on to the next group that try to brave it in the future. It's a very small niggle in my opinion and doesn't detract from the rest of the movie, honestly, and is still very much worth a watch if you would like to add a creepy found footage to your library. As long as you go in with not expecting it to follow your specific rules on how it should be and what should be done, you should be very entertained.
35 people found this helpful

Adele S.Reviewed in the United States on May 5, 2020
4.0 out of 5 stars
It Delivers!
Verified purchase
Do not watch this alone in your room in the middle of the night on your tablet. Once it gets started with the actual story, it's atmospheric enough to make your skin crawl & keep you looking over your shoulder. Charlotte's character is very good & much of what happened to her in the end, I watched through my fingers like a lil kid. The tension is built very well. You know something is about to happen, but they do well making you wait to see exactly what they've got. Ji-Hyun also has some excellent moments. She freaked me tf out & the jump scares worked. I will admit I shrieked, tossed my device & had to pause to finish later because of her. It wasn't the scariest part of the movie, but she managed to NOPE me right out.

The only things that keep it from being a perfect 5 are 1) the building the team junk that I hate from this style of horror & 2) Ha-joon's character because he started out seeming like the charismatic host but ended up being a rather unlikable director of the event. That aside, it is, in my opinion, among the best in the found footage/reality horror genre.

concurrenSeaReviewed in the United States on July 23, 2020
5.0 out of 5 stars
This will scare the living daylights out of you - It gets Lovecraftian
Verified purchase
This is an upscaled, upleveled Grave Encounters type abandoned asylum movie. Not to go into spoilers but there are some scenes (particularly involving Charlotte) that put me in a state of absolute EXISTENTIAL DREAD / TERROR. The setup is absolutely brilliant, the characterizations go hand-in-hand with the story telling, and so you're getting 100% a movie / film. The character of the captain is also quite good and overall this will scare the living daylight out of you. Props to the actress playing Charlotte. She captured an HP Lovecraftian sense of horror that was glimpsed at in the Blair Witch Project. Absolutely awesome horror film.
13 people found this helpful

James E. WeaverReviewed in the United States on April 12, 2020
3.0 out of 5 stars
Build up better than the final stretch
Verified purchase
There are tons of films in this genre, all descendants of the Blair Witch Project. This South Korean entry with a youtube production group visiting a deserted haunted asylum (which was an actual place, but shut down not due to murdered patients or hauntings but rather for unsanitary conditions and a bad sewage system), starts off pretty well. In fact, the first two-thirds as they get to the location and explore are pretty enjoyable, and the actors are all convincing. It's easy to see why the film was well received in Korea. Unfortunately, when it starts to try to deliver real scares in the final third, it all falls a little flat. You really can't show too much in these kinds of films, or it becomes corny, and Asian ghosts with long concealing hair standing in shadowy corners of rooms, or a character being drug by an invisible force into the dark - well, these kinds of scenes have been done to death (ha). If you're going to show much at all, rather than just work on the audience's imagination, it had best be original, and this one's final scares are all retreads. It's worth a watch if you like found footage horror and/or enjoy Korean films, but it lacks punch at the end.
11 people found this helpful

TheCounselReviewed in the United States on April 22, 2020
4.0 out of 5 stars
Similar to Grave Encounters, but also has its own style & level of creepiness!
Verified purchase
3 1/2 stars!! I definitely recommend this to anyone who likes anything that has to do with an asylum in horror. There's very good build up & some unique scares, one of which has stayed with me (you'll know when you see it)! I also love how they used the camera placement to make it believable that they would still be filming when things start to happen...

That said, there's really not much new this movie does for the found-footage genre. It's enjoyable for what it is, competently directed & even rewatchable, but it isn't really all that unique. This is why I actually give it 3 1/2 stars instead of 5.

NightOwlGalReviewed in the United States on May 12, 2022
5.0 out of 5 stars
Very, Very Frightening!
Verified purchase
I am always looking for paranormal documentaries or investigative shows that aren't fake and full of ridiculous drama. Tonight extreme boredom made me venture away from my normal viewing choices. This is the first paranormal show of this type and the first Korean show I have ever watched. And I must say it was extremely entertaining in spite of it being a movie production. I was so caught up in the atmosphere and visuals of the asylum, and just thinking about "what if I was there" made me realize that my mind would never survive the fear. The jibberish and the black eyes of that one girl was crazy scary! I was so busy being scared to death that I wasn't even reading the subtitles through most of the show. The acting was just excellent, the realism was over the top. I believe without a doubt in the paranormal, having my own experiences since a very young age, which is why I am so interested in all the new research and findings. But honestly, I don't think I'd last even 15 minutes on a ghost hunt, especially in the dark, in a creepy location and with a bunch of amateur investigators! Yep, I'm a scaredy cat and prefer the lights on even when I sleep! How pathetic, right?? lol
One person found this helpful

Christopher BravoReviewed in the United States on June 28, 2021
5.0 out of 5 stars
Exciting, albeit a bit predictable.
Verified purchase
I don't normally like to write reviews on movies, this is because its hard to do so without spoiling too much. The premise of the movie is a ghost show will explore a haunted asylum (which by the way turns out is real (not the story, just the asylum) ) and film the entire event. I don't want to give away much more so I'll just cap it off with this, its pretty interesting, it captured my interest anyway the whole way through and was pretty enjoyable throughout. Its very predictable but thats just an unfortunate truth to horror anymore, however, this doesn't feature the final "kill girl" or the idea that all the men must die and the lady must live (thats always incredibly frustrating because you already know the ending at this point and its not worth watching anymore). So thats a huge bonus. I definitely liked it and if you enjoy some creepy horror movies that follow a mockumentary set up, this would definitely be for you.
2 people found this helpful

orvuusReviewed in the United States on November 19, 2018
2.0 out of 5 stars
Promising, but ultimately disappointing
Verified purchase
The premise of a "live" show on a haunted house is a good one, and initially some scenes were spooky. The abandoned mental hospital was a great set, and the video work was well done, but having seen many Asian horror films, this one doesn't offer anything new and in fact becomes a bit silly.
16 people found this helpful
See all reviews
Back to top
Get to Know Us
Make Money with Us
Amazon Payment Products
Let Us Help You
EnglishChoose a language for shopping. United StatesChoose a country/region for shopping.
© 1996-2022, Amazon.com, Inc. or its affiliates