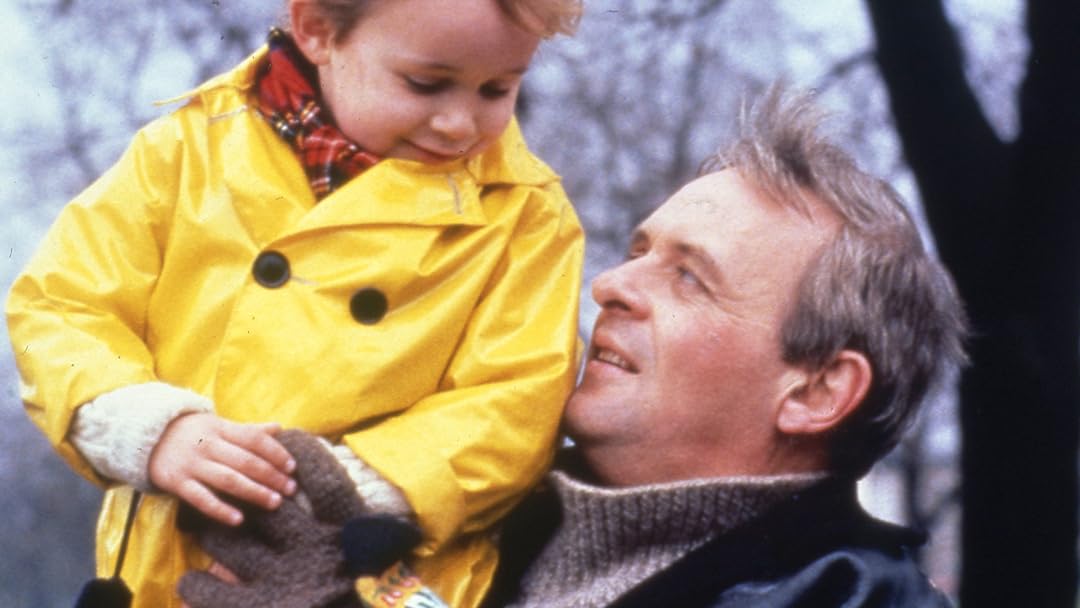 (24)
6.31 h 30 min1987R
Bill, a bitter divorced man who loses custody of his son, vows to help his friend Roger through his divorce in any way he can, no matter what that is. But while Bill feels that feminism has robbed him of his family, he begins to be appalled at what they have done.

V BlacReviewed in the United States on December 30, 2017
4.0 out of 5 stars
A good movie
Verified purchase
This is a good, watchable movie. Excellent actors in a rather mundane storyline, but with a well written script. It's quite typical of British drama of the 1980s, so very good nostalgia value. I found the measured pacing and character development to be intriguing and satisfying. Recommended.
5 people found this helpful

R.A.P.Reviewed in the United States on December 28, 2017
2.0 out of 5 stars
The Ending Took This Movie From 3 Stars Down to 2 Stars.
Verified purchase
I liked how things evolved with Roger's situation. I didn't like how things devolved in Bill's.
3 people found this helpful

Amazon CustomerReviewed in the United States on December 3, 2017
5.0 out of 5 stars
A little gem of a film.
Verified purchase
A younger Anthony Hopkins acting superbly. You will also find a cast of rather well known and regarded British actors.
4 people found this helpful

KonaReviewed in the United States on April 9, 2013
2.0 out of 5 stars
Poorly-written but well-acted drama
This is a very slow, dark, and unsatisfying story that meanders between a lonely man (Anthony Hopkins) dealing with his ex and child, his odd friendship with another man (Jim Broadbent), a love(less) affair, and shockingly violent fantasies.

Hopkins and Broadbent are terrific as always, their faces revealing depths of agony, frustration, and confusion, but the story is limp. I suppose the writer is saying that life isn't always interesting nor does it always turn out the way we want and loose ends don't get tied up neatly or completely.

This is a good one to see if you're a Hopkins fan, otherwise, skip it.

KerrLinesReviewed in the United States on November 18, 2007
4.0 out of 5 stars
A small and stinging film about the perils of divorce
The 1987 UK film THE GOOD FATHER'S cast and crew reads like a who's who of British Cinema creme de la creme: Mike Newell directed (HARRY POTTER GOBLET OF FIRE,MONA LISA SMILE,AN AWFULLY BIG ADVENTURE);Christopher Hampton screenplay (Oscar for DANGEROUS LIAISONS,QUIET AMERICAN,TOTAL ECLIPSE) and actors such as Anthony Hopkins,Jim Broadbent,Simon Callow,Miriam Margolyes and Stephen Fry.BIG NAMES...but a small an independent film that looks at the complex emotions of couples breaking up and the bitter wars that develop over the children.This is NOT a simple,straightforward story;it is full of very complex emotionally charged material that does not try to give easy answers to these issues;instead Christopher Hampton is willing to simply let the "chips fall where they may" and let "the doodoo hit the fan" in order to show that divorce simply is not cut and dry.People get hurt and often intense misunderstanding and vengeance rears its ugly head.Much of this films narrative is told in small bits of dialogue and terse scenes while exposing the fleeting and transient volatile emotions that each character experiences.In short,Hopkins has left his wife and son.Jim Broadbent's wife has left him and taken his son.Hopkins works out his anger by convincing Broadbent to pursue a nasty custody battle that will discredit his wife and award him custody.Simon Callow and Miriam Margolyes are the two opposing lawyers accusing and defending.All of this is set with the backdrop of the emergence of Margaret Thatcher's English reign on the horizon.Each character DOES reach an epiphany of sorts,but it is enlightenment that will simply take them into the next uncomfortable chapter of life.This film is not a pleasant or enjoyable view.How can it be? It shows life with all of its ugly warts.What you learn, though, is priceless.Sometimes, that's what film intend to be;that is social commentaries on human ugliness!
15 people found this helpful

VivaReviewed in the United States on October 24, 2007
3.0 out of 5 stars
Okay but needed to be handled better
Had the screenwriter and director handled this better, this story could have been stronger, more complete, and more organized. Even the performances could have been better than they were. By the end, Hopkins' character realizes that attacking people is not the way to get what one truly desires, especially when custody of a child is involved, but this is not handled in a very smooth way. Also, the weird fantasies and nightmares he has about smothering his son are not dealt with in a coherent fashion. As well, the movie comes off as strident rather than profound.
I gave it three stars just because of the cast members and the attempt, which is so so but not terrible.

D. CloughReviewed in the United States on July 28, 2005
4.0 out of 5 stars
Report fron the frontline of the 80's Sex War
Christopher Hampton is a superb diagnostician when it comes to the war between the sexes and his scripts (ie. "Treats" or "Les Liaisons Dangereuses") examine the viciousness and the paradoxes of gender relationships like no other. "The Good Father" hinges on just such a paradox (no spoilers here) but it's also a deft picture of where things stood between the sexes in the self-centred 80's. Men are encouraged to identify with the angry hero's sense of outrage over agressive feminism and the absurdities of political correcteness but then the film cleverly changes gear and makes us realise that more is at stake. Not a classic perhaps - or a good date movie - but thought provoking and well acted.
6 people found this helpful
See all reviews
Back to top
Get to Know Us
Make Money with Us
Amazon Payment Products
Let Us Help You
EnglishChoose a language for shopping. United StatesChoose a country/region for shopping.
© 1996-2022, Amazon.com, Inc. or its affiliates