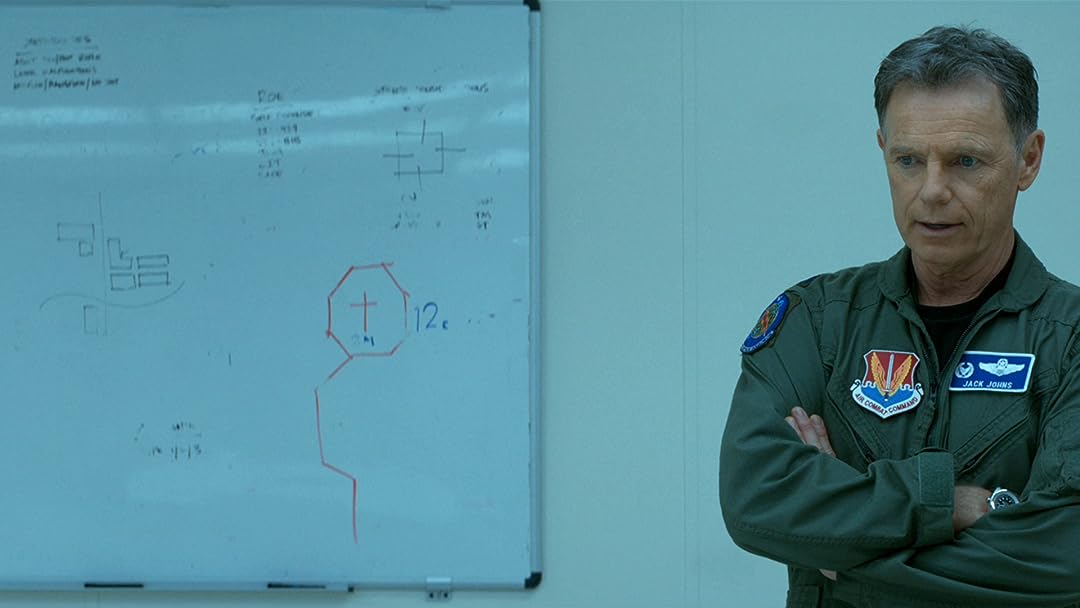 (110)
6.41 h 42 min2015R
Ethan Hawke stars in this riveting look at the world of drone warfare, where combat unfolds like a first-person shooter game -- only with real lives at stake. With January Jones.

George KullenbergReviewed in the United States on September 14, 2019
1.0 out of 5 stars
Bought because "Lucky Them" points to this title.
Verified purchase
I wanted the movie "Lucky Them", but the link for the Prime version, listed at $12.99 on the "Lucky Them" page, takes you to the "Good Kill" page for some reason.
8 people found this helpful

errin spellingReviewed in the United States on November 4, 2021
5.0 out of 5 stars
what a great title and great movie
Verified purchase
someone very wise wrote this movie. it should make everyone think. i would have done the exact same thing
as the title, only sooner, not the third time. and i love where the movie ends, but you know that isn't where it ends. they could have made a movie out of that , but i do not want to see that script. sorry , there are only five stars.the only thing i did not like, was what the wife does at the worst possible time.

Holly GleasonReviewed in the United States on June 16, 2014
5.0 out of 5 stars
Rock Critic Seeks Lost Path; Finds New Reasons
Verified purchase
Toni Colette is a rock critic with a past: an old boyfriend who disappeared on the brink of massive rock stardom. As her career stalls -- and her over-it-all editor Oliver Platt demands something sizzling -- she is sent out to see if the rumors are true. Is the rock star alive? Hiding? Posing as someone else?
Over the course of the film -- produced by Paul Newman's widow Joanne Woodward -- Colette not only has a rich former paramour pay for her research while making a documentary of the process, she has an up-and-coming singer/songwriter woo her in spite of her own aggressive indifference. Sorting through issues of intimacy, striving, fame and our place in the world, what could be little more than an update of "Eddie & the Cruisers" turns into a film where the answers shift, the truths evolve and in the end, Colette finds out the real solution isn't whether or not the rocker is alive, but where she puts her own faith and pining.
Colette us largely undervalued as an actor. Here her transparency is often her willingness to be self-indulgent, shallow, vulnerable and in denial. Always a true reporter, she knows how to chase a story -- and does, in fact, find what she's looking for: clarity on the missing musician's whereabouts.
In the end, though, is it the physical being that matters? Or more the spectre of what was, and the ways that ghost colors/permeates her present and future? These questions are slowly examined in the film, the ending of which isn't the cliche. Well worth the time and the money spent.

JenReviewed in the United States on October 14, 2014
5.0 out of 5 stars
A great low key movie
Verified purchase
This movie wasn't what I expected, but in a good way. Reading the description of " a has-been rock journalist sent to hunt down a long-vanished local rock star (and old flame)" I thought this would be more about a search and rediscovery of an old love - with the story more so being about these two people connecting. I won't give it away, but the movie is solely about the hunt. Ellie has to write a hard-hitting story or face loosing her job. She's given the elusive rocker Matthew Smith to track down and make a story about. Turns out they were once an item, so it has a little bit of a different meaning to Ellie and she's not really into it but does it. Along the journey, Ellie (Toni C) meets some new faces and faces history with some old. It's these interactions (both comedic and dramatic but always real) that brings the viewer in. It's all very natural responses to various situations and Toni is the scene maker. Excellent job.
3 people found this helpful

Cynthia RamirezReviewed in the United States on December 12, 2021
1.0 out of 5 stars
Another White Supremacist Propaganda presented by the U.S.
Verified purchase
The actual events should say that the U.S. went in to take another Brown land, through violence the only way the colonizer knows how, this is just modern-day colonizing. Europeans or Euro Americans can claim they are at war with the terrorist but the U.S. is the biggest terrorist ask all Indigenous people, the Black Panthers, the organization for Philadelphia MOVE John Africa's people, and of course the bombing of the church that killed four little precious children, these were planned bombs by the United States government because Europeans are jealous because they look like Albinos. WHERE IS THE NO RATING STAR SUKA!

Holly DrakeReviewed in the United States on October 7, 2015
2.0 out of 5 stars
OK. No subtitles
Verified purchase
Goodfor a few laughs, but personally I felt little sympathy for the Toni Collete role. I watched it with two friends and we all agreed that it was okay, but no big deal. The few surprises were Johnny Depp and the tribute to Paul Newman in the end that went by too fast to read and with the Amazon streaming we were unable to go back and read it. Still wondering what it said. Also, for fellow people with hearing problems I was unable to get subtitles. This has happened on several things that I have streamed through Amaon and I wish Amaon would work on it.
One person found this helpful

mjhwkReviewed in the United States on April 4, 2015
5.0 out of 5 stars
I love this movie
Verified purchase
I love this movie! I bought it based on that I liked the actors and the story sounded good, I wasn't disappointed! There are some slow spots and parts that don't quite add up because the scenes change to something else but there is a surprising twist and reveal of who she has been looking for that makes this movie worth watching! Toni Colette does an outstandingly believable job in the emotional crying scene(s), Thomas Hayden Church is a nice addition to the movie, he is funny and endearing! worth watching for these two actors and the surprise guest appearance!
2 people found this helpful

PatrezziaReviewed in the United States on October 12, 2014
5.0 out of 5 stars
Lucky Them is a rockin' good flick
Verified purchase
I loved this movie!! Toni Colette is such a wonderful actress, she put's such life into her roles, it's amazing. The movie was funny, sad, very emotional and well acted by the whole cast. Five stars isn't enough, I'd give it 10. Thomas Haden Church was brilliant as always and Oliver Platt was very funny. Lucky Them, lucky us for watching it, the surprise at the end was very cool. The best movie I've seen in a long time.
2 people found this helpful
See all reviews
Back to top
Get to Know Us
Make Money with Us
Amazon Payment Products
Let Us Help You
EnglishChoose a language for shopping. United StatesChoose a country/region for shopping.
© 1996-2022, Amazon.com, Inc. or its affiliates