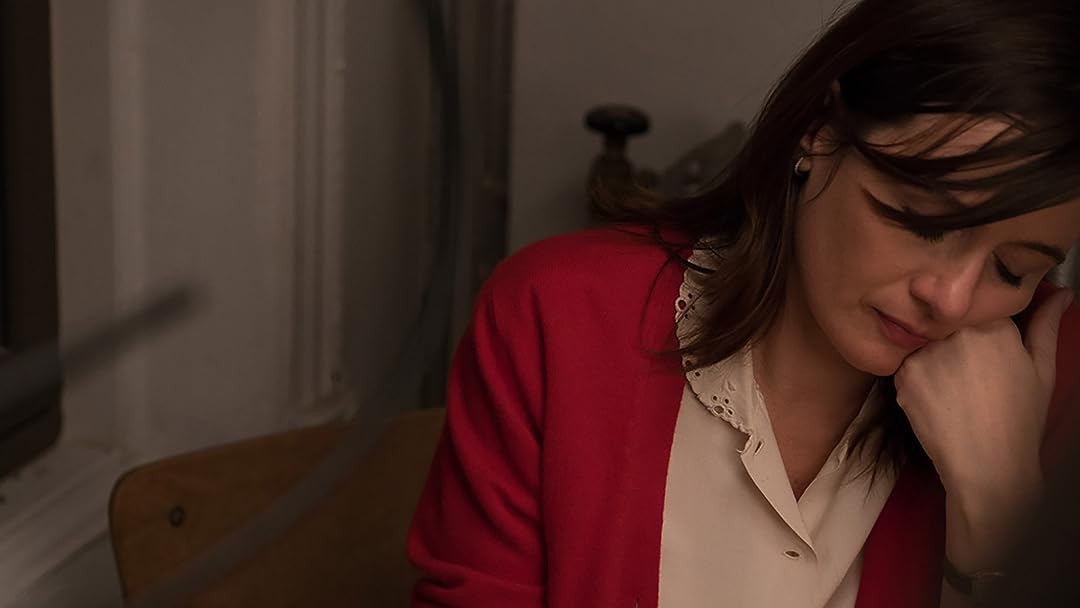 (113)1 h 31 min202016+
Set in modern day Brooklyn, Good Posture is the story of a lazy but charming young woman who, after pushing one man too far, discovers that she can live a happier life by taking responsibility for herself.

GMReviewed in the United States on June 15, 2020
5.0 out of 5 stars
Can Compete with Lady Bird but Nothing Like Her
Verified purchase
If you put Lilian and Lady Bird in the same room, they wouldn't be able to tolerate each other. We shouldn't have to compare two female directors to appreciate both their work in different lights. The actress reminded me of a younger Shailene Woodly in Spectacular Now except she had more of an edge and her voice wasn't as nauseating (imo). Just like Men, Women, and Children -- I actually bought this film after watching the trailer which rarely happens. The shots really inspired me and Lillian was a very strong character to follow--we don't see much of that these days and it was refreshing to watch. I highly suggest this film along with Palo Alto, Lady Bird, and Men, Women, and Children.
3 people found this helpful

Wildfire8Reviewed in the United States on July 18, 2020
5.0 out of 5 stars
A feel good film for writers and artists.
Verified purchase
I loved this film. Been over-using exclamation points, so I am sticking to periods. Good Posture will remind you what it was like to grow into your own independent woman in the Big City. I don't want to give any spoilers, but this film will inspire you to communicate without the use of your devices. As much as I appreciate social media during this pandemic, I feel a hundred times better when I get a letter or postcard in the mail. After I watched this film, I felt happy remembering that younger time in my life. After I graduated college. Starting out in the world with my own bills and job. A special time for me, anyways. I encourage you to watch this film for some cheering up in a nostalgic way. For you twenty-somethings', this film is perfect for you!
3 people found this helpful

Tyler S.Reviewed in the United States on February 4, 2021
5.0 out of 5 stars
Compelling and Sincere
Verified purchase
This movie is so compelling. I love love love the plot and the New York setting... The music is endearing and graceful and fits perfectly with the film. Each of the characters are so vibrant and interesting. I love the wittiness and comedic timing of the actors, the language in the script is so beautifully written. I love the fashion and furnishing of the apartment. I like how the interviews feature real writers.. I love the story of the book within the film, and Julia and Lillian's relationship and the idea to have them write letters to one another.
This was my first time seeing the actress Grace and I completely fell in love! She’s amazing! She really helped bring her character to life.
I watched this movie 3 nights it a row! Its so real and raw (and female directed and written, yay)
It’s just so real and interesting.

Obi-Wan-KentuckyReviewed in the United States on November 14, 2020
2.0 out of 5 stars
More like okay posture
Verified purchase
This is somewhat interesting at points, but it does not have a consistent plot. The ending is contrived. Not sure why the two main characters start doing what they are doing. Certainly was expecting something different. The acting is okay from Grace van Patten as far as it goes. Not much to do with this character or plot. Was hoping for a little more here.

JCCReviewed in the United States on August 16, 2020
1.0 out of 5 stars
Meh
Verified purchase
Another navel-gazer about wealthy white creatives, wherein nothing happens. The soundtrack sucks (e.g. some dude doing a lazy cover of "Blue Flower" by Mazzy Star), and the shaky cam aesthetic is obnoxious. Not quite sure why this was so highly rated.

moviewatcherReviewed in the United States on August 26, 2020
4.0 out of 5 stars
Worth the watch
Verified purchase
There is an overall good feel to his movie that is difficult to describe. It is very well made. The main plot is quite good.
One person found this helpful

SLRReviewed in the United States on May 19, 2020
1.0 out of 5 stars
No
Verified purchase
I started watching, then started fast forwarding and then didn't even finish watching. The characters were so extra, that girl I'd like to just knock her waste-of-space ass out. Not an appealing movie, boring, annoying.
See all reviews
Back to top
Get to Know Us
Make Money with Us
Amazon Payment Products
Let Us Help You
EnglishChoose a language for shopping. United StatesChoose a country/region for shopping.
© 1996-2021, Amazon.com, Inc. or its affiliates