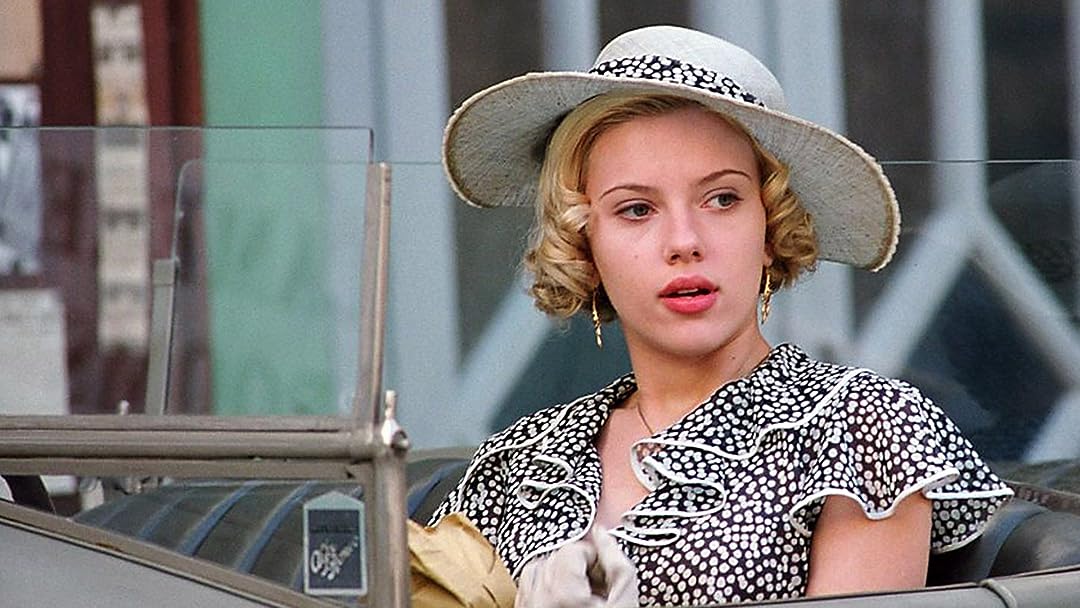 (1,389)6.51 h 33 min2006X-Ray13+
A notorious seductress enters a gossipy society and entices the husband of a faithful young woman, delighting the gossips and prompting a series of unexpected consequences.

Lucia KSAReviewed in the United States on June 25, 2020
3.0 out of 5 stars
Meh
Verified purchase
Actors in a beautiful setting wearing beautiful period wardrobe and delivering the lines of Oscar Wilde. Johansson's portrayal of Windermere is vapid, and the jaded Lord Darlington's adoration of her is incongruous with his character and implausible. Not sure why so many reviewers praise Hunt's performance. She delivers all her lines in the same pitch and mood, which is how she has delivered her lines in every other role I have ever seen her in. She has no range. But what do I know? People seem to like her. If you've got nothing better to do on an afternoon while stuck waiting for a delivery or a service repair person at home, you can do worse. But you can also do much better
10 people found this helpful

CharCzarReviewed in the United States on September 21, 2016
4.0 out of 5 stars
Great Plot Twist
Verified purchase
This movie is set on the Amalfi Coast so the scenery is gorgeous. A young newly married couple from the US takes a villa to honeymoon for the summer. The husband is in banking and has an office in the town so he also works while there. He meets a seductive woman who lures him to her apartment so naturally, one assumes they will start an affair. But there is a twist in the plot that leads to a very different outcome from what one would expect. Helen Hunt is quite good in this movie which made me wonder why she didn't do more films. Scarlett Johansson is the young wife and she is excellent in her role. I would have given this 5 stars but I thought the ending could have been handled a little better. It is definitely a good movie and I enjoyed the story immensely.
36 people found this helpful

Amazon CustomerReviewed in the United States on May 25, 2020
5.0 out of 5 stars
OSCAR WILDE'S INGENIOUS USE OF LANGUAGE AND HIS PLAY ON WORDS NEVER CEASE TO DELIGHT
Verified purchase
Wonderful Film. The film does not follow the exact chronology of Oscar Wilde's play. However, the script often uses phrases from other plays of Oscar Wilde to fill in the new scenes. The result is an endless stream of fascinating language. Give the movie a few runs and you might find like I that you have become addicted.
8 people found this helpful

LodestarReviewed in the United States on November 19, 2018
3.0 out of 5 stars
Yet Another Disappointing Anti-Morality Play
Verified purchase
This movie had the potential for much better but as the world no longer believes in virtue I guess we get what we get.

The acting was good but not great. The setting and cinematography was great and good respectively.

The story line was disappointing to say the least and yet further affirmation that today's feminism aims to become the worst male chauvinist of the 1970's and has been rather successful in the attempt at that.

Please somebody remember what truly virtuous movies with truly happy endings are because it has been a long dry spell!

Integrated LivingReviewed in the United States on August 19, 2016
4.0 out of 5 stars
I liked this more than I thought I was going to
Verified purchase
I liked this more than I thought I was going to. Though I am unfamiliar with the play, it is apparent in the 1 1/2 hours that there are certain plot developments that simply don't exist in the original work, therefore they don't exist in the film version either. The result is a bit of a predictable, two-dimensional story line but there is something to be said for period pieces along with the scenery of the Amalfi coast. Helen Hunt is as strong as every here. She basically carries the female lead for both herself and Johanssen, whose performance could be summed up as "adequate, but meh." Either way, I didn't come out feeling like it was a waste of time and all in all, it is a rather timeless story.
22 people found this helpful

Wabi SavvyReviewed in the United States on October 6, 2016
3.0 out of 5 stars
Tis a pity it's a bore
Verified purchase
A rather flat version of Oscar Wilde's play "Lady Windermere's Fan." Although stacked with notable actors and set in picturesque Amalfi circa 1930s, Wilde's witticisms are lost in this adaptation. Only Helen Hunt as Mrs. Erlynne excites much emotion; Scarlett Johansson just gets by looking rather more clueless than innocent, and the men don't look that interesting, much less enticing.
14 people found this helpful

IloveromanceReviewed in the United States on August 9, 2020
3.0 out of 5 stars
Helen Hunt is amazing!
Verified purchase
It took me a long time (and about five tries) to get into this movie (blame it on lack of sleep and distractions), but I'm glad I was finally able to watch the whole thing. Overall it's a beautifully done movie with a great cast. I loved Helen Hunt and this was the first time I'd seen her in a dramatic role. She was amazing and so beautiful. I also loved Scarlett Johansson and she played her role wonderfully. The scenery is breathtaking and unless I missed something, there was absolutely no swearing or nudity, which is a rarity in movies these days. This is based on an Oscar Wilde Play called Lady Windermere's Fan, which I'm curious about. I'm definitely interested in reading it now. But back to the movie-I loved that this is a period piece. Those movies are always intriguing. I admit the movie moved a little slowly but it's worth watching for the twist in the storyline. The ending was really nice as well, although it does leave the twist unfinished.

reviewer on amazonReviewed in the United States on July 4, 2020
3.0 out of 5 stars
Poorly cast - Helen Hunt does not do justice to Oscar WIlde
Verified purchase
So many great lines from the peerless Mr. Wilde, RUINED by Helen Hunt's toneless one-dimensional delivery. THis actress has no range and no fire....and she sounds always like a deflating balloon. Every sentence has the same flat pitch. Scarlett is sexy, as always, but she is not elegant and lacks sophistication. She should not be cast as an aristocratic expat in 1930s italy. Someone like her would have been eaten alive by the real aristos. Tom Wilkinson and the snake-eyed man who played Lord Darlington were excellent -- those two know how to deliver a Wilde line. The rest of them. Meh.
Question for the makeup department: Was Hunt meant to look like a ghoul? She was just so off-putting.
One person found this helpful
See all reviews
Back to top
Get to Know Us
Make Money with Us
Amazon Payment Products
Let Us Help You
EnglishChoose a language for shopping. United StatesChoose a country/region for shopping.
© 1996-2021, Amazon.com, Inc. or its affiliates