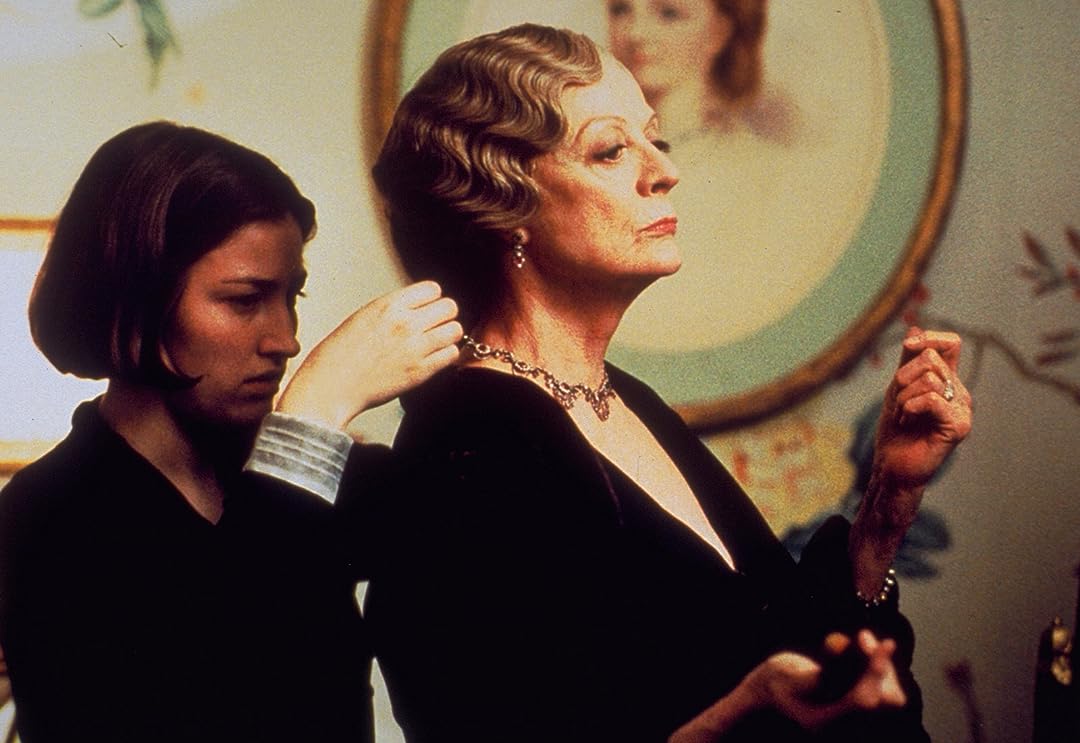 (4,018)7.22 h 17 min2002X-RayR
As a hunting party gathers at the country estate, no one is aware that before the weekend is over, someone will be murdered twice! The police are baffled but the all seeing, all hearing servants know that almost everyone had a motive.

Allan ElmoreReviewed in the United States on March 30, 2016
5.0 out of 5 stars
One of the best movies of all time!
Verified purchase
I love this movie and own a copy, but I occasionally watch it via Amazon or Netflix. I have probably watched it end to end 8 or 9 times, and bits of it even more often. In addition to having great actors, a great set and an interesting, dramatic story line, it contains a very neat mystery evocative of Agatha Christie at her best. Much of it written by Julian Fellowes who later became the chief writer of Downton Abbey, the story captures the sense and breadth of both that series and the Upstairs, Downstairs series (which Fellowes also contributed to) but in a greatly condensed form. Robert Altman's best film with wonderful performances from Michael Gambon, Maggie Smith, Helen Mirren, Clive Owen, Charles Dance, Jeremy Northam, Kelly Macdonald, Stephen Fry, Kristin Scott Thomas, Bob Balaban, Derek Jacobi and many others. A masterpiece of mood, mystery, wit, and human drama set in the English countryside in 1932, with great scenery and music (Northam's singing is not to be missed) to boot !!
56 people found this helpful

Serkan OkarReviewed in the United States on December 29, 2018
5.0 out of 5 stars
Tea at Four, Dinner at Eight, Murder at Midnight
Verified purchase
This review is for Gosford Park Blu Ray Arrow Films Edition (new edition released in Nov 2018). This is a very good blu ray transfer although the film is mostly shot in dark conditions and inherently grainy- I think that is the most natural this film can ever look.

Gosford Park was nominated for 7 Academy Awards in 2001 (including Best Picture and Directing) and won the Best Original Screenplay. Even though marketed as "Who Dunnit?" type of murder mystery, I wouldn't necessarily categorize Gosford Park as murder mystery. Yes, there is murder and there is mystery but it doesn't fit into the typical murder mystery archetypes. It portrays a lot of characters with details and their relationship to each other, unfolding the secrets they hold. The whole story takes place in the same estate, a huge estate, typical location to many Agatha Christie murder stories. If anything, the movie reminds me of The 1939 French movie, "The Rules of the Game", in its depiction of upper class society and the servants. It even has a similar hunt scene just like the French movie.

If you like period dramas with a flair of murder mystery, you should enjoy Gosford Park immensely. However, if you don't care about the relationships of upper class people or their servants, you may find the movie a bit esoteric. This is a meticulously constructed movie about the characters and doesn't offer a lot of excitement.

There are a lot of great special features. So far, I have only played the 2 of the 3 feature commentaries and I liked both commentaries very much. There are also interviews, featurettes and QA session with the Director Altman and the cast. I think $20 is a fair price for this item.

Brenda L. PizzoReviewed in the United States on April 11, 2017
5.0 out of 5 stars
Gosford Park Endless Entertainment
Verified purchase
Only Robert Altman and his genius could introduce you to twenty characters in the span of ten minutes and allow you to keep track of who they are and exactly their motives for fitting into the story. And what a cast! You have Maggie Smith, in her precursor role as the dowager you saw in "Downton Abbey" which is not by accident because the same writer wrote "Gosford Park," and based her character on his same aunt. Helen Mirren is downstairs running the household of Kristen Scott Thomas who plays her role as Lady of the Manor with ice in her veins, also included in the cast is the late great Alan Bates, Richard E Grant, Bob Balaban, Charles Dance, Ryan Phillippe, and Clive Owen to name just a few. The script is crisp and the acting super. It is such an entertaining smart film with some great twists. And there are four more hours of very entertaining extras including an hour on English country houses and an interview with a head butler and head house keeper to shed light on how these massive houses were actually run in their heyday. A great addition to your movie collection.
25 people found this helpful

GloriaReviewed in the United States on March 3, 2019
1.0 out of 5 stars
Boring and cruel
Verified purchase
Found this movie boring - sorry I actually bought it instead of renting. Thought it would be really great because I love Downton Abbey. Also, the shooting scenes of birds being shot down WERE REAL. I kept looking for the humane disclosure at the end, and it never appeared. I found out through a trivia site for this movie that those scenes were real, and birds actually were shot down.
17 people found this helpful

Wesley BlountReviewed in the United States on December 8, 2016
5.0 out of 5 stars
Altman takes on the Classic British Murder Mystery
Verified purchase
One of Altman's last, and best, efforts, he takes on the British murder weekend drawing room mystery, with his own spiky flair. Yes, there's the overlapping dialogue, multiple storylines and long takes with a dancing camera, but Altman doesn't avoid genre conventions entirely. He is helped, immensely, but a perfectly top drawer cast led by Maggie Smith, Kristen Scott Thomas and Helen Mirren all in top form and a host of familiar faces both upstairs and down in a sprawling country estate. The conceit is the visit of an American film producer scouting ideas for his next Charlie Chan picture, tagging along with Ivor Novello, a nonfictional expat who was actually a singing and composing movie star. Much of the rest of the fictional goings on are supplied by Julian Fellowes, honing his craft into the ideas (and several cast members) that will lead to Downton Abbey. If Altman loses the thread of his mystery along the way, it's only to make a droll point about poor detective work and the industriousness of people trained to keep secrets. Immensely entertaining, and layered with loads of interesting goings-on that require both the rewind button and multiple viewings.
18 people found this helpful

WilfReviewed in the United States on January 10, 2019
3.0 out of 5 stars
Great Actors, poorly paced, lighting, awful editing, scripting and angles
Verified purchase
My God, the amount of TALENT in this film is off the charts! UNlike many of the other comments about not being able to understand the actors accents, I understood the English accents perfectly well. Phillipe fakes a Scottish accent that's a little muddled but this has MORE to do with the fact that he's always had a soft, low and somewhat monotone speaking voice. His accent isn't bad actually, it's that his voice lacks energy. But the film itself...there's something "flat" about every scene. It has a lackluster composition even though the setting is absolutely gorgeous! I think the salaries probably put it totally over budget and they chose to use the cheapest quality equipment, lenses, and possibly lesser skilled camera people. It's blurry and dull. No it's not your eyes...the colors and lighting are dull and the camera-ing is just infuriating. Even if the weather was mostly overcast which should ADD to the backdrop and mood of the story, the angles and wretched cut aways each time there's dialogue made for poor and exasperating viewing. I guess they kept "cutting" and in the edits it shows. It drags and we have to sit through 3 back to back songs performed by Jeremy Northam at the piano, while various characters do and say NOTHING interesting. It's as if the writers had neither the energy nor the interest in putting together a cohesive script. I don't know...It felt like they invited a boatload of English actors (some were American/Canadian) and they all hung out in their trailers until called for their scenes. Not understanding much of what was expected, they propped themselves up long enough to say their parts...til whence they all returned to the REAL party behind the scenes. There's just NO real conviction for this drama. The only persons giving it any life is of course Maggie Smith and Michael Gambon...and believe it or not, even as dull as he can be, the fact that he plays a cold opportunist with a pretty face, Ryan Phillipe's character infuses to make you feel something - loathing... and you can't wait to see him get his come-comeuppance. A part Agatha Christie, Downton Abbey with a hint of Great Gatsby, this should have been SO so MUCH better!!!!
4 people found this helpful

Amazon CustomerReviewed in the United States on August 17, 2020
2.0 out of 5 stars
Does Anyone Else Hate This Movie As Much As I Do?
Verified purchase
Do not waste your money on this version of the movie! You will operate through most of the movie in "a fog of unintelligibility" because of the lack of subtitles.

However, in a movie where a number of the characters were Americans trying to talk and act like Britishers, most of the time their dialogue was unintelligible and this definitely hurt the movie.

However, the biggest failing of the movie was the lack of subtitles. What movie these days lack subtitles? This is stupid!

First of all, this is an insult to the members of the audience who are deaf.

Secondly, the dialogue was not predictable as is the case of most American films.
This was an attempt to be a British film and British movies always have subtitles for obvious reasons.

Thirdly, in an American movie attempting to be a British film and with many American actors and actresses attempting to talk like Britishers, not having subtitles threw a "cloud of unintelligibility" over the plot of the movie. This is a complete travesty and basically ruined the movie for me. (I threw my copy in the garbage can!)

By the way, can someone explain to me the details of the murder because, lacking subtitles, I did not get the reason why everyone at the end walked free and Scotland Yard let the murderer go free.

You would never know that I am a college-educated movie-lover who always loves movies and would usually support most movies I have seen.

D. MarfleetReviewed in the United States on August 26, 2017
5.0 out of 5 stars
I LOVE THIS MOVIE
Verified purchase
I LOVE THIS MOVIE. Actually, it's something each of us in our family own, being somewhat large fans of period mysteries. Impeccable cast, excellent style, fabulous writing, excellent set-up to the actual mystery of the whodunnit - which doesn't occur until about half-way through the film. That's the only criticism I've heard, actually: that the set-up to the actual mystery being presented takes so long. The movie is such eye-candy, however, that no one I know minds. ;-) If you're wanting a good period piece with amusing bits, a bit of drama, and a peek into the above and below-stairs world of that period, this is a great addition to your collection.
5 people found this helpful
See all reviews
Back to top
Get to Know Us
Make Money with Us
Amazon Payment Products
Let Us Help You
EnglishChoose a language for shopping. United StatesChoose a country/region for shopping.
© 1996-2021, Amazon.com, Inc. or its affiliates