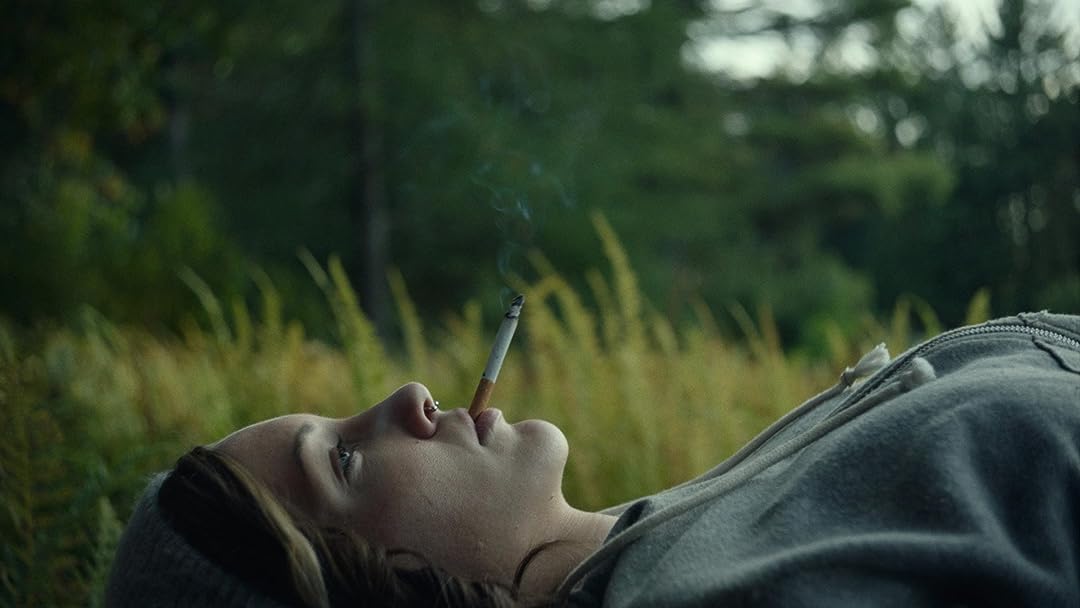 (5)5.71 h 41 min201816+
Charlie Ellison is a once famous writer suffering from writers block With the book advance spent, his agent and best friend Bernie sends him Dawn, a belligerent young woman in order to inspire and check on him - but she has her own ideas.

Original Toe KneeReviewed in the United States on January 25, 2021
5.0 out of 5 stars
Something about this movie
Verified purchase
How could I give this 5 stars? Well, it kept me engaged. Pulled me back in a couple of times.

It's true I felt the sloppy camerawork and ill-designed shots of the first half of the film were just distracting. I also felt the acting was just barely in the ballpark and gradually became a little more believable... but something about this movie, something about this movie. The actors were reaching, it seemed. The writing could have been better, the director possibly was in over his head...who knows... I kept engaged, however.... why is that? Honesty. I think there was just enough of it in each area holding this one together.

Is this a women empowerment movie? Maybe. But that would be a very, very simplistic interpretation. Yet it is in there. The film oddly almost skirts "the magic of the creative process" as it's intended "main character" Almost. , if this was the focus, they missed it, yet something close ENOUGH to that myth is actually genuine enough to carry this film. So the film holds up. Interesting. I am not sure it was the director/writer's intent. Yet this is what I sense about this film. It will feed you. I think the creative process is elusive for most people. This elusive main theme perhaps; Some folks "back there way into a big hit" or just get lucky in some way. Repeating it is the obstacle because perhaps due diligence wasn't in the winning recipe/formula... Maybe neither was self- discipline. the key characters are wrestling a fog, the indecent expectation of fears in the past, and the elusive attraction of attempting t recreate what has already succeeded. That mystery, "that how it was accomplished the first time' can ever be the whole formula would have been explored further, if I had a voice in this film... but it's there just enough... so, ... that's a side-track for the main story that doesn't quite get addressed... but then rather than be are focused on that, the movie still pulled me forward through a variety of strengths.

I find it difficult to define this, but I think there is just enough honesty in this movie to keep all the "rickety parts" held together. I sincerely wanted to slam it because I got angry with the writing of certain scenes or the sloppy camerawork distracting from scene content at times... sometimes actors felt like they were rehearsing, and it wasn't quite in the pocket... repetitive ideas that really didn't move the story forward almost seemed the reason I wanted to shut this one off... but then one element holding another element pulled me into the next scene and the next, again and again.

So... I am left with an experience that finally struck home and feeds my life. This is what a good movie should do. I think it deserves 5 stars.

Summary; What I like about this movie is that it high-lights success in the creative realm from several perspectives. I am not sure the writer was conscious of this, however, this theme could have been developed further in it's nuance, but enough of the seed ideas are there to support the flow. Mainly, like I said, the honesty of the key character/s and what he/she represents includes a humility that is genuine to the character/s she/they are portraying. (perhaps I should exchange the word "characters" with "actors"?) I sense that the filmmaking process fed all the components and they genuinely gave it their all with a limited budget and something of a set dreams to fulfill. This is interesting, because a movie gets made on this level, almost magically, just like the elusive novel in the film; because each person believes in it, and they sort of conjure it together. Could be, this is the source of the honesty that runs through this movie. I guess a sort of innocence protected this process, coming from the genuine desire of all involved towards a solid work of art. Could this be why I cannot give it less than 5 stars?

Vufind AdminReviewed in the United States on January 6, 2020
4.0 out of 5 stars
Sweet movie
Verified purchase
diamond in the rough
One person found this helpful

ebet y davisReviewed in the United States on April 14, 2020
4.0 out of 5 stars
decent
Verified purchase
good movie ... the ending was not very good
See all reviews
Back to top
Get to Know Us
Make Money with Us
Amazon Payment Products
Let Us Help You
EnglishChoose a language for shopping. United StatesChoose a country/region for shopping.
© 1996-2021, Amazon.com, Inc. or its affiliates