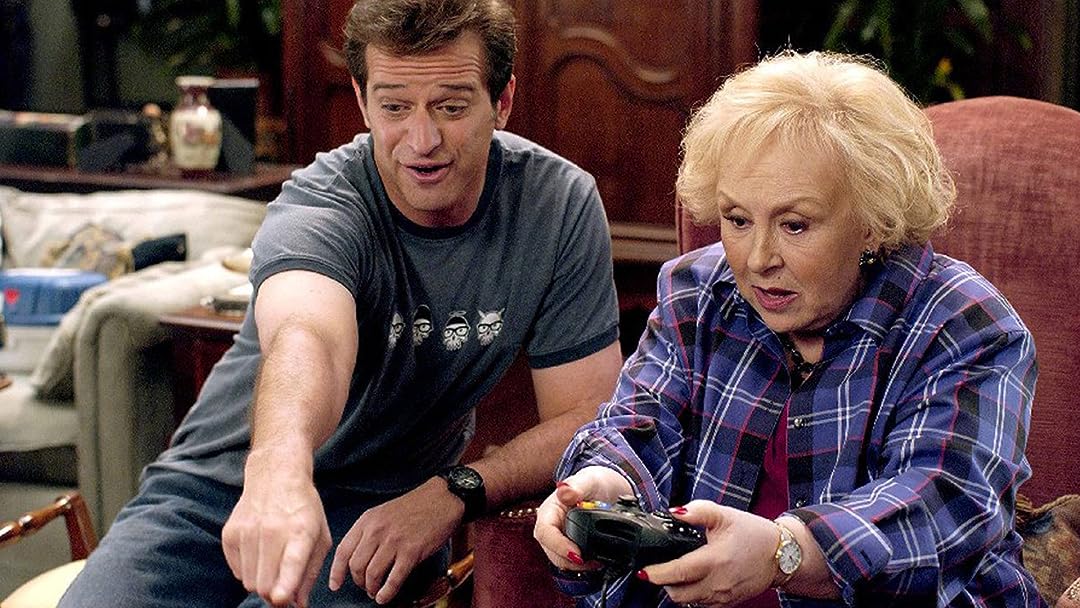 theqissilentReviewed in the United States on January 16, 2020
3.0 out of 5 stars
Better than advertised, but still an acquired taste
Verified purchase
Guilty pleasure time: by any reasonable measure, this crude, lowbrow comedy should be a (wasted) waste of time, yet its stupidity frequently amuses and its shoddiness is appropriate, if not actually (gasp) a little endearing. Video game tester Allen Covert gets kicked out by his landlord, shacks up with his grandma (Doris Roberts) and her two elderly gal pals; meanwhile, his attention at work is torn between an arrogant weirdo "genius" (Joel Moore) and a cute consultant (Linda Cardellini) brought aboard to get the latest project completed on time. A blend of stoner humor, gaming references, puerile jokes, and bizarre non-sequiturs, it can be lazy and overly crass at times, but those attuned to its vulgar and half-baked slacker vibes should have a good time--it's actually one of the most agreeable comedies that Happy Madison Productions has delivered (and, no, Adam Sandler doesn't even show up for a cameo, though most of his regulars appear at least briefly). To anyone that ever has wanted to see the Partridge family mom play a randy floozie, your ship has come in.
One person found this helpful

Jenni DaVinCatReviewed in the United States on May 5, 2015
5.0 out of 5 stars
Very Very Funny!
Verified purchase
This movie is ridiculous, but in a good way! I recently ordered Grandma’s Boy through Prime video because both my fiancé and I needed a funny movie to watch but couldn’t think of one we hadn’t seen a million times. I’m glad we rented this one, because it’s been years but this movie still holds up (and might just be funnier now). There was some raunch in the movie, but in a fun way. I wouldn’t necessarily show this movie to a child, but it’s not over the top, in my opinion. I did order the unrated edition and I’m not sure what the difference was between the unrated version and the normal version, but overall the humor wasn’t super offensive, just incredibly funny.

The older women in this movie really made it enjoyable. They are so funny and likable! Nick Swardson is also supremely funny in it. If you have never seen this movie, but find yourself enjoying other Happy Madison productions then check this out. If you like Broken Lizard or the Apatow movies, then you will most likely enjoy this as well!

MoonglowReviewed in the United States on December 23, 2019
4.0 out of 5 stars
Pretty Funny but Older Ladies Not Utilized Right
Verified purchase
I went to college with Allen so of course I had to go see this right away when it came out. Overall, it is silly humor but does have laughs. I drop one star because I'm familiar with Shirley Jones, Shirley Knight, and Doris Robert's work - all terrific comedians and could have had better scenes. I guess the producers wanted to concentrate on the gamer aspect but they missed opportunities with these ladies right there ready to work their magic. P.S. Allen was very funny in college - I always choose my friends based on how much they make me laugh!
2 people found this helpful

Johnny PastaReviewed in the United States on August 26, 2021
5.0 out of 5 stars
This Movie Is A Hoot
Verified purchase
This movie is idiot humor at its best. Doris Roberts is a scream along with Shirley Jones who plays a oversexed Grandma herself. So out of character from being the squeaky clean mom from The Partridge Family which makes it all the more funnier. By all means buy this DVD and be prepared to laugh your a** off. It's just too funny. It has settings so you can view the Unrated Version or the Theatrical Version whichever you choose.

BrendaReviewed in the United States on December 2, 2019
5.0 out of 5 stars
This is an Adam Sandler movie with some Pot loving Grandmother's very funny
Verified purchase
This is a movie you love or hate, I must love it I bought it. My favorites who make it so funny is the Grandmother (the mother from Everybody loves Raymond ) and her two roommates, they get hold of some pot and throw a huge party. I really like the movie and the other actors. Several girls who work for me are between the ages of 25 and 35 already knew the movie and love it, I guess it's your choice but give it a chance it is really funny and it's an Adam Sandler movie.

DavisReviewed in the United States on January 10, 2018
5.0 out of 5 stars
A Snapshot of a Great Era in Gaming
Verified purchase
It's really not a great movie or anything that special, but I saw it when it was in theaters and it's special to me, probably because it's one of the few comedies to deal with gamer culture. It's not like it handles the material terribly well, or with any depth, but it's nice to see the subject in general. Honestly I wish Hollywood would make a few more comedies about the lives of gamers and those who work in the industry. Another thing to note is it captures a certain golden time for gamers: The PS2/Xbox/Gamecube era where the future looked insanely bright and we were just drowning in good games from all angles. It's a fun time to revisit and this movie reminds me of it in so many ways. For the nostalgia trip alone I have to give it five stars.

I'm from Colorado so I'll be open about this: It helps to watch intoxicated. It's a fun stupid stoner comedy, if you can relax and enjoy that and are a fan of video games then I can suggest this movie to you. Just don't expect a comedic masterpiece.

DanielReviewed in the United States on February 21, 2018
5.0 out of 5 stars
Comedic Gold
Verified purchase
This is COMEDIC GOLD! Grandmas boy will never get old. Too many points to list as to why this is just the gold standard of comedy. The characters are perfect and the scenarios they get themselves into produce the best comedy one could hope for.
8 people found this helpful
See all reviews
Back to top
Get to Know Us
Make Money with Us
Amazon Payment Products
Let Us Help You
EnglishChoose a language for shopping. United StatesChoose a country/region for shopping.
© 1996-2022, Amazon.com, Inc. or its affiliates