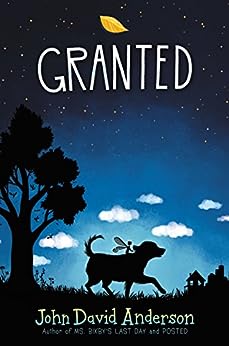 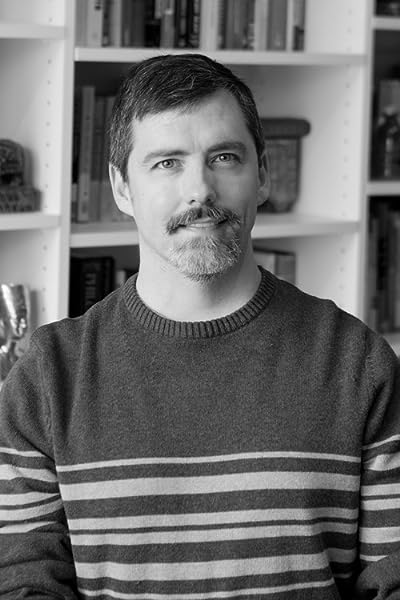 Gr 4–6—Magic isn't what it used to be. Though once upon a time, fairies could grant any wish they liked, today, owing to dwindling levels of magic, those decisions are the purview of the Great Tree. As a result, only a few of the humans wishing on shooting stars or birthday candles realize their heart's desire. Today, Ophelia Delphinium Fidgets, an untried young member of the Granter guild, has the chance to delight one human—and prove herself. Sent from the fairy realm to the human world with an arsenal of high-tech supplies and strict orders from her supervisor to adhere to regulations, she's tasked with making 13-year-old Kasarah Quinn's dream of a new bike a reality. But the mission becomes more complicated when the essential element (a nickel that Kasarah threw into a fountain when she made her wish) goes missing. This engrossing adventure moves quickly, plunging its heroine into one near-death scenario after another. Determined yet inexperienced Ophelia is a relatable underdog character, as is her sidekick, Sam, a dopey but enthusiastic canine. Interludes between chapters flesh out the fairy world, a hilarious blend of the magical and the bureaucratic. Anderson weaves in a subtle message about free will as earnest, by-the-book Ophelia's eyes open and she considers disobeying the rules and granting another wish. Her journey of self-discovery will resonate with young readers newly grappling with the idea that right and wrong aren't always clear-cut. VERDICT An enchanting addition to any middle grade collection.—Mahnaz Dar, School Library Journal --This text refers to the hardcover edition.

''A feel-good story that finds the magic in everyday things.'' --(Publishers Weekly)

''Anderson shows his versatility in this original fantasy adventure.'' --(ALA Booklist) --This text refers to an alternate kindle_edition edition.

A faithful dog, a good friend, and pinch of magic work wonders in this modern fairy tale.

Anderson shows his versatility in this original fantasy adventure.

Cassandra Morris invites listeners into a world of magic and wonder with her beautiful narration of Anderson's latest story...Morris' youthful voice paints a confident and ambitious Ophelia...[and] a variety of animals and humans, all expertly voiced by Morris...This heartwarming coming-of-age tale with its captivating narration is sure to have listeners wishing for more as the story comes to an end. Winner of the AudioFile Earphones Award.

Delightful...Some tongue-in-cheek observations and heartfelt moments make for a feel-good, optimistic story that finds the magic in everyday things.

-- "Publishers Weekly" --This text refers to the audioCD edition.

John David Anderson is the author of Ms. Bixby's Last Day, which was a New York Times Editors' Choice and an ALA Notable Book; as well as Posted, Sidekicked, Minion, and The Dungeoneers. A dedicated root beer connoisseur and chocolate fiend, he lives with his wife, two kids, and perpetually whiny cat in Indianapolis, Indiana. You can visit him online at JohnDavidAnderson.org.

Cassandra Morris has received critical acclaim for her voice-over work from Publishers Weekly and AudioFile magazine, earning a dozen Earphones Awards and twice been a finalist for the prestigious Audie Award for best narration. Her voice has also been heard on television in commercial campaigns and numerous Nickelodeon and Disney products. She is the voice of many cartoon characters, including Leo and Luna in Yu-Gi-Oh, Carrie in Barbie: A Fairy Secret, Nathan in Pokemon, and Lola in Angelo Rules.

4.7 out of 5 stars
4.7 out of 5
157 global ratings
How are ratings calculated?
To calculate the overall star rating and percentage breakdown by star, we don’t use a simple average. Instead, our system considers things like how recent a review is and if the reviewer bought the item on Amazon. It also analyzes reviews to verify trustworthiness.
Top reviews

TJ
5.0 out of 5 stars Heartwarming magical story
Reviewed in the United States on April 9, 2018
Verified Purchase
Opening Line: "The last time you blew out your birthday candles, what did you wish for?"
Every since reading Ms. Bixby's Last Day, Posted and Dungeoneers, Anderson's books have been on my auto-buy list. His newest book, Granted is such a delight and wonderful addition. Ophelia is the lovely blue-haired fairy who desperately tries to complete her mission and help save the magic in Haven. And oh boy what a brutal mission it is, with odds that seem to be stacked against her, and everything that can possibly go wrong seems to happen. Not only does she have to contend with an airplane and truck barreling at her, she encounters humans who attack her with a broom, a newspaper, even a fire extinguisher, not to mention a flock of ill-tempered geese and a hawk that thinks she's dinner. Despite being battered and badly injured, Ophelia is a survivalist. She may have her moments where she doubts why she should've even bothered trying to grant Kasarah's wish or whether she should just give up and ask for reinforcements, but Ophelia's also resourceful and determined, and "a promise is a promise" after all. Luckily for Ophelia, she comes across an abandoned dog, who she names Sam and together they follow the elusive path of Kasarah's coin as it moves from the fountain she made her wish upon to a diner, a super pets store, ending at the lemonade stand of siblings Anna and Gabe, two kids desperately missing their dad who's away serving in Iraq. What really makes this story for me though is Sam, how he so clearly sounds like how a dog would speak. How Sam longs for a friend and is so enamored by Ophelia, he captured my heart. Especially when Sam starts to follow her and she asks, "Why are you following me?" and he responds, "Because you are broken and lost and I licked you, so now we are friends." Granted is a glimpse into how some wishes can be "impossible and others might be unsustainable." "A wish is many things. It is hope and desire and daydreams. It is impossibility and improbability and something in between. It is stardust and well water and spectrums of light in the sky. It is half-melted birthday candles and Christmas lists. It is broken turkey bones. It is the willing suspension of disbelief. And sometimes it is desperation. It is a hole in your heart that wants filling." Such a sweet heartwarming story with all the magical charm of wishing on a star.
Read more
13 people found this helpful
Helpful
Report abuse

Megan S.
3.0 out of 5 stars Unfortunately not a good match for my ten year old son
Reviewed in the United States on May 2, 2018
Verified Purchase
Bought this for my 10 year old who loves reading aloud to his dad on the way to school but this book didn't hold his interest.
Read more
2 people found this helpful
Helpful
Report abuse

Amazon Customer
5.0 out of 5 stars Arrived in perfect condition!
Reviewed in the United States on June 18, 2019
Verified Purchase
This book arrived early and was in perfect condition! That is wonderful! I read all the chapter books before I put them out in my classroom, and I haven't begun this one. The cover is intriguing! Thank you!
Read more
Helpful
Report abuse

Mauve_48
5.0 out of 5 stars Great book at a great price
Reviewed in the United States on October 25, 2020
Verified Purchase
Great book from a great price.
Read more
Helpful
Report abuse

P. Crunch
5.0 out of 5 stars 10 year old approved.
Reviewed in the United States on July 23, 2019
Verified Purchase
He had to ready this for a summer reading reading list and he really enjoyed it.
Read more
Helpful
Report abuse
See all reviews