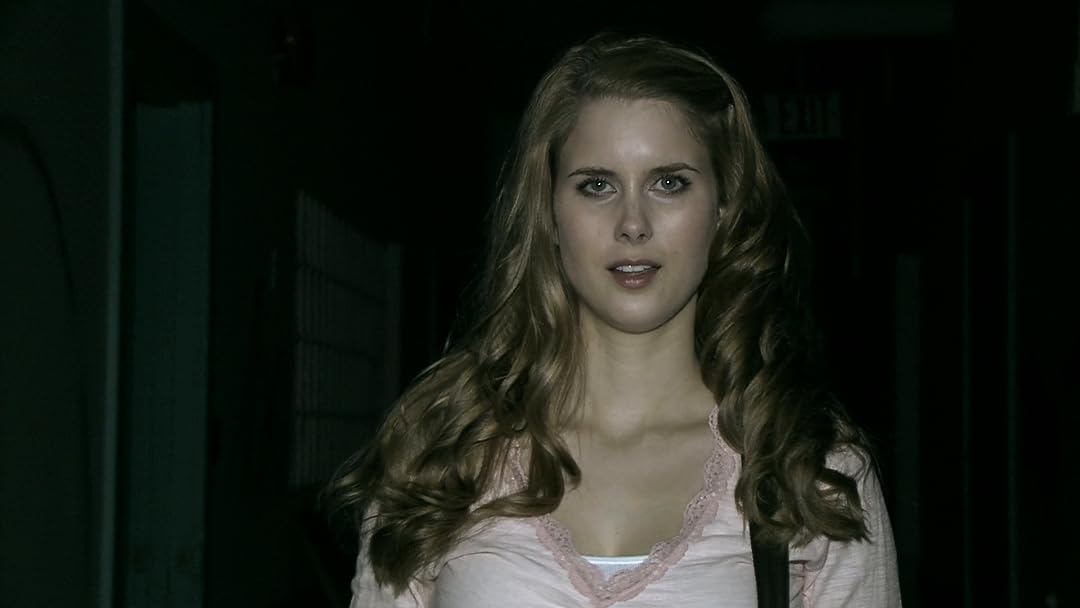 (120)5.11 h 38 min2012X-RayNR
A film student who is obsessed with the movie GRAVE ENCOUNTERS sets out with his friends to visit the psychiatric hospital depicted in the original film.

HorrorManReviewed in the United States on February 15, 2020
2.0 out of 5 stars
Ultimately fails as a follow-up to the original...
Verified purchase
The original "Grave Encounters" is kind of a like a guilty pleasure. It's really not that scary of a movie, but it's quite entertaining, well-acted, atmospheric, and had enough suspense to keep the audience's attention. So, when "Grave Encounters 2" became available on prime, I knew I wanted to check it out.

Indeed, I simply did not like the direction that this movie took. I just thought that the original was categorically superior and every single way, and even though the sequel established the same atmosphere when they reached the mental hospital, the characters just aren't as good as in the original and the movie goes in a direction that is ill-advised and ultimately the movie falls flat. The movie just never gets off the ground and fails to follow up on its early promise.

RickReviewed in the United States on February 16, 2020
1.0 out of 5 stars
Just When You Thought It Couldn't Get Any Stupider...
Verified purchase
… Along comes Grave Encounters 2. Everything I said about the first one in spades. Only this movie spends the first 40 minutes delving into teenage tripe before you even get to the Sanitarium. They try to tie the two movies together and as Arnold would say "Big Mistake." I have made 2 "Grave" Mistakes, don't you do the same.
10 people found this helpful

Chelsea DuncanReviewed in the United States on August 6, 2020
1.0 out of 5 stars
How did this get made
Verified purchase
Holy cow, this should be on an episode of How did this get made. The first one was a bit hokey with the dialogue, etc. but it made sense considering the premise that they were hosting a hokey ghost show. But ultimately the first one was actually pretty good. For the sequel, they decided to make the characters even more annoying an unlikeable. I couldn’t wait for them to get to the asylum so they could be killed, which took 45 annoying and simultaneously boring minutes. I was rooting for the ghosts the whole time. I will keep from spoiling the movie details in case you’ve decided to attempt death by laughter, but the plot and especially effects of this movie are sooooooo horrible. It was honestly laughable how bad this movie was. I’d like that hour and a half of my life back now.
3 people found this helpful

h hansenReviewed in the United States on February 15, 2020
3.0 out of 5 stars
Not as good as the first.
Verified purchase
A film student starts to get messages from someone called "Death Awaits " after taking an interest in the first Grave Encounters movie. He does some research and finds that the movie could be real and the producer was covering up the cast deaths. He and his friends go to the location an attempt to find answers. They break in at night and eventually experience the same paranormal effects that attacked the first crew. They are unable to leave. Three of them are able to escape only to be teleported back in. At that point the movie goes down hill when the meet the only survivor of the first grave encounters who is crazy and out of his mind. I won't give the ending away but it gets stale. Definitely not as good as the first. Barely made three stars in my opinion.
2 people found this helpful

Akice69Reviewed in the United States on March 1, 2020
5.0 out of 5 stars
Chilled My Blood
Verified purchase
Given the intense, hair-raising nature of this film, it is surprising not to see more rave reviews for this flick. Very good special effects; a little kitschy in the beginning but the characters were supposed to be college kids, so the opening scenes were believable enough.
From my perspective, I don’t see how anyone can watch this (even with all the lights on) and not be at least a little freaked out by the ‘doctor and company’ crew the team meets in the long-abandoned building. The movie showed some imagination, much creativity and the special effects were chilling. I saw the first one, too (and it was respectable enough)... but this one was more exciting, more heart-pounding and made me jump out of my seat more times than I could count. It was like a rollercoaster ride - just the kind of thing I look for a movie like this one!
One item of curiosity: How did Sean manage to survive all that time in the building? What did he eat every day - mice?
Impressive performances by newcomers (are they?) Richard Harmon and Sean Rogerson... Boy if I was younger, I’d be fawning all over these two like white on rice!
If you like a good horror show, don’t miss this riveting, chilling show - it certainly deserves a lot more credit than it’s getting on this page!

J. WestReviewed in the United States on March 20, 2020
5.0 out of 5 stars
Another Great Grave Encounters Film
Verified purchase
What another brilliant idea for a second round for "Grave Encounters". Fantastic actor Richard Harmon (The 100 TV Series) has done a great performance and role. I admit it I thought in the first half hour of the film it was all about Fraternity parties, in-legal drugs, and inappropriate sexual themes, isn't a ghost film in the horror gnre of expertise at all, but the kid fell into a obsession for the film and want to investigate it that's when it got interesting. It was awesome when ghosts were messing with them and tricking them. Seeing those weird looking creatures again. Also seeing Lance Preston was cool too. Love the film and I would recommend it to all Found Footage Freaks like me. Boy, I wonder if they're doing "Grave Encounters 3"
One person found this helpful

erdropoffReviewed in the United States on February 28, 2020
2.0 out of 5 stars
A disappointing sequel
Verified purchase
The original although not great is a decent watch. It had some good ghost apparitions and was a good story line. I watched part to hoping for more decent entertainment . Sadly this movie falls short. It felt like it was rushed to just put out something in hopes of making money.
2 people found this helpful

DaveReviewed in the United States on February 15, 2020
3.0 out of 5 stars
Meh....
Verified purchase
An unnecessary sequel. If you saw the first movie (which was actually pretty good) watching this second installment really doesn't add anything to the first. "Hey guys, will you go with me to this haunted asylum where some filmmakers disappeared a couple years ago? I promise things will be different this time." Insanity...doing the same thing and expecting different results. A very generous 3 stars for me.
One person found this helpful
See all reviews
Back to top
Get to Know Us
Make Money with Us
Amazon Payment Products
Let Us Help You
EnglishChoose a language for shopping. United StatesChoose a country/region for shopping.
© 1996-2021, Amazon.com, Inc. or its affiliates