You've subscribed to Hellgate Guardians! We will preorder your items within 24 hours of when they become available. When new books are released, we'll charge your default payment method for the lowest price available during the pre-order period.
Update your device or payment method, cancel individual pre-orders or your subscription at
Your Memberships & Subscriptions
There was an error. We were unable to process your subscription due to an error. Please refresh and try again. 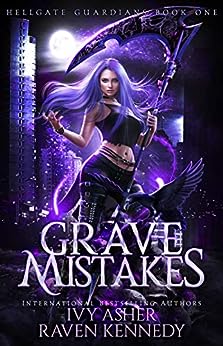 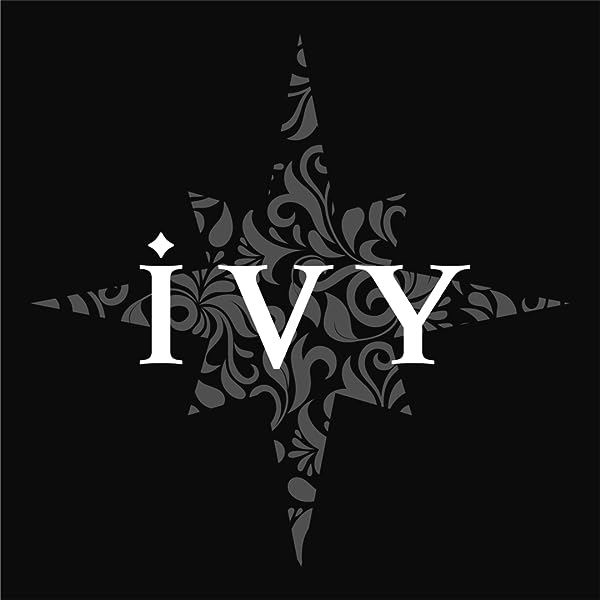 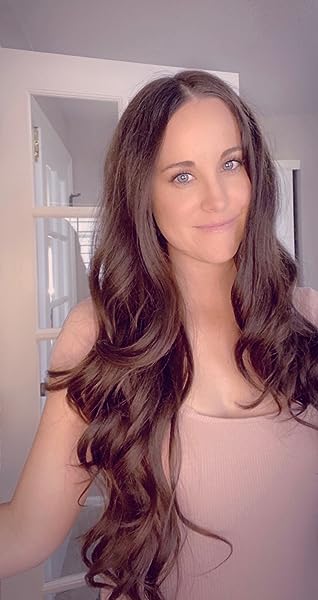 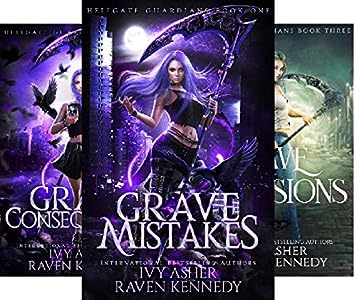 4.4 out of 5 stars
4.4 out of 5
628 global ratings
How are ratings calculated?
To calculate the overall star rating and percentage breakdown by star, we don’t use a simple average. Instead, our system considers things like how recent a review is and if the reviewer bought the item on Amazon. It also analyzes reviews to verify trustworthiness.

Heather McCloud
3.0 out of 5 stars Not my cup of tea ☕
Reviewed in the United States on July 11, 2020
Verified Purchase
I absolutely love both authors so I was really disappointed in this book. Here is my reasoning... Up until 60% of the book the main female character is nothing but a complaining whiney loon. She seriously freaks out over every...little..thing. Granted I would be upset too if I found out my world got turned upside down but hell...60% through the book? Get over it. I just found the whole book full of unnecessary back and forth. I won't stop reading books by either author because they are talented but this one just fell short for me.
Read more
47 people found this helpful
Helpful
Report abuse

Dewsterling
TOP 1000 REVIEWER
1.0 out of 5 stars 2005
Reviewed in the United States on June 12, 2020
This book reads like it was written in 2005 by a 40+ woman who thinks that Top Gun was high art, that ‘90’s tv show with Tim Allen was the funniest show they’d ever seen, and Mystikal is the best musician. Everything about the book feels dated and more than a little pathetic.

The female character, Delta Gates, is an utter lackwit. If I were to choose a pop cultural reference that describes dim-bulb Delta, she would be Zooey Deschanel at the height of her manic pixie dream girl popularity with purple hair, vacillating between crying, panic attacks, falling asleep, and sex fantasies that she says aloud like she has perverted Tourette’s for the first half of the book. Forget Buffy, Delta is a drippy damsel. And I am not normally one to find profanity off-putting, but at least 10% of the books is just every possible variation of virtually every American English curse word, only for Delta to primly denounce another character as “crass”. That’s kind of the root of the problem with co-written books, though. One author has the character constantly thinking and talking about @n@l and the other has her clutching her pearls, swatting at the man who used the bad word. One character has the character kicking @ss and the other has her falling down in a heap of snot. It makes the character seem bipolar and/or schizophrenic.

In terms of the plot, there is none. Delta may or may not be some kind of demon. What kind? No one knows. The authors wait until the last paragraph of the book to decide and while they digress to all kinds of graphic sex fantasies, they don’t bother explaining the alternate universe beyond mentioning that there are 5 rings of Hell. If it’s anything like Dante’s Inferno, they don’t mention it one way or the other. That’s as far as the authors get in a book that is supposed to be about the gatekeepers to the gates of Hell. That is the start and end of how far they get into the discussion of Hell or demons or anything else. They spend more time discussing the details of Delta taking a shower than establishing that the book takes place in a different universe.
Read more
43 people found this helpful
Helpful
Report abuse

Rachel
VINE VOICE
5.0 out of 5 stars You're my girl Delta! And those demons...
Reviewed in the United States on June 8, 2020
Verified Purchase
Delta does not have her life together, at all. Then add in the overwhelmingness of what happens to her once she accepts a new job and becomes aware of demons. With all that Delta has going on, her reactions are normal and relatable. She panics, she blurts things out, and she gets clumsy. I've really enjoyed these types of FMCs lately, the ones who struggle and I could see myself hanging out with to talk about all the madness going on. Maybe also chat about the hot demons in her life.
And those hot demons...whew! I have a couple of favorites after this first book. I loved how easy it was to picture them (and they have some unique features). Their personalities are a nice mix too and I'm looking forward to background info on them in the upcoming books.
Grave Mistakes is definitely one I'd recommend checking out, esp if you've read and enjoyed other books by Ms. Asher and Ms. Kennedy. There's humor, emotional moments that give you the feels, there's some steam to get you hot under the collar, and action to get you on the edge of your seat. I'm happy this series is going to be rapid released too so that we get to hang out with Delta and her demons again soon!
Read more
10 people found this helpful
Helpful
Report abuse

S.T Donais
3.0 out of 5 stars Delta
Reviewed in the United States on August 9, 2020
Verified Purchase
It took me a few days to review this, because there were certain parts I liked about this book, the mythology being one of them. However, I could not get pass the Heroine Delta. She drove me crazy. Some of the things she did made no sense. She seemed like she didn't care about the guys. Only during the fights did we some of the emotions come out. There was no real connections with them. Yeah, the scenes were hot, but it was missing the connection. She also was extremely ungrateful and didn't listen which led to stupid mistakes being made. I don't know if I will read the next book, maybe I will go see if she improves.
Read more
11 people found this helpful
Helpful
Report abuse

Mari C
4.0 out of 5 stars Help Wanted
Reviewed in the United States on July 11, 2020
Verified Purchase
All Delta did was respond to a help wanted ad...how was she supposed to know her whole life was about to change. Not too far into the story the reader knows something here is clearly not as it seems, granted the cover and blurb should have cued those thoughts to begin with. We follow Delta down a chuckle-worthy path of misunderstanding until the rug gets ripped right for under her and her whole world shifted. She handles it in an understandable and even plausible, but not an admirable way. As a reader she doesn't respond in a way that inspires and makes us put her on a pedestal for stepping up despite the adversity to get past the obstacles standing in her way. I did think it was absolutely a realistic response to everything she had been told, though I felt it went on too long in the book to fully find her behaviour acceptable. In the end she gives into everything she's been dodging since her first night on the job which adds a level of realism to a fantasy-type situation creating the feeling she really is just like any of us because behaviour and fear isn't easy to change/overcome.
Read more
8 people found this helpful
Helpful
Report abuse
See all reviews

Sue Ryan
5.0 out of 5 stars Couldn’t put it down
Reviewed in the United Kingdom on June 8, 2020
Verified Purchase
Wow... this is an amazing first book in a new series! Delta is a one of a kind FMC. Just enough snark to defend herself but not instantly amazing at everything and the ruler of all things she tries. Such a realistic character and the plot line is phenomenal. Insta clicked the next book because THAT ENDING... hooooo boy
Read more
3 people found this helpful
Report abuse

T. Von Doodlebug
5.0 out of 5 stars Purple for the win!
Reviewed in the United Kingdom on July 22, 2020
Verified Purchase
I LOVE these ladies individual books and together they are even better! I waited until all 4 books of the series were out so I could binge read and damn they made it worth every second of the wait! I won’t spoil anything but I will say purple always wins!! And DAMN the demons are HOT!!!
Read more
2 people found this helpful
Report abuse

Emma
5.0 out of 5 stars Utterly brilliant!
Reviewed in the United Kingdom on June 11, 2020
Verified Purchase
This book was excellent. I was hooked immediately. I love the premise and every one of the characters drew me in. I laughed a lot, I was on edge a lot and the ending made me cry 'noooo' aloud! Even quick release is not quick enough. I want it now!! Brilliantly written, utterly gripping and super exciting.
Read more
Report abuse

Mrs T.
5.0 out of 5 stars funny and gripping
Reviewed in the United Kingdom on July 2, 2020
Verified Purchase
Delta Gates finds herself involved in a whole new world that she never knew existed, filled with gorgeous demons, danger, fun and lots of action. It would be a grave mistake to not give this book a read (groan!).
Read more
Report abuse