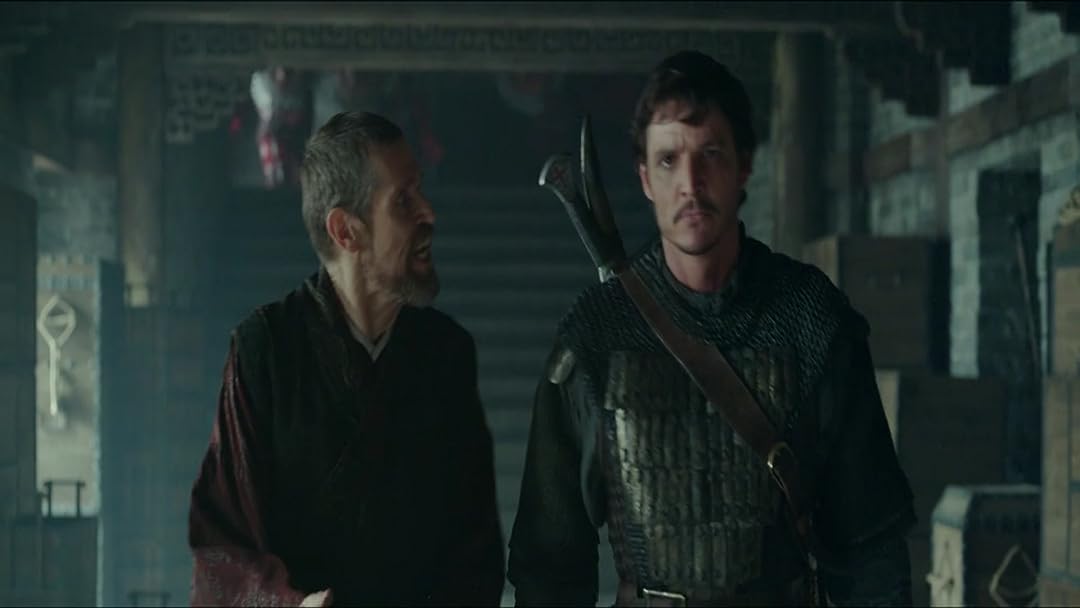 (15,211)
5.91 h 43 min2017X-RayHDRUHDPG-13
Starring Matt Damon, The Great Wall tells the story of an elite force making a valiant stand for humanity on the world's most iconic structure.

CPT. (ret.) Anne M. ClarksonReviewed in the United States on September 3, 2017
5.0 out of 5 stars
This is a movie for deep thinkers not dim wits, for gamers and soldiers, for those who like history, action and adventure.
Verified purchase
As a student of history as well as a person who loves both action/ adventure and military movies I found this movie to be OUTSTANDING!!! If you have any interest or knowledge of the Great Wall of China or in the finer Chinese arts you will also appreciate this as a piece of art work. It is not a shallow movie by any stretch of the imagination but you have to really pay attention to see the depth of the movie, there are points you could miss if you are not watching closely.
As a former soldier I noticed several military strategy terms and maneuvers that were used and referred to in the dialogue that if you missed could prove a loss for you later in the movie. won't affect the entertainment value if you are reading this first. However, if you are a gamer or a former military person you should have no problem catching a few of the hints. For example the General and his commanders are around a large map and they mention that the queen comes out of her hive once every sixty years and feeds only to return to the hive. Later there is a discussion about how the queen eats constantly so she can return to the hive and reproduce only to come back in sixty years to attack the land again. That hints of the fact that the queen is the brains of the hive and the monsters have a hive mentality so they swarm like bees all following the mind of the queen. You see and understand that later when they are all the the capital and the swarm is surrounding the queen doing nothing but running in a circle around her guards and her. Even her guards act like bees they check every individual going in to make sure it is a member of the hive before it can pass. That is eventually how they defeat the Queen. If you miss the initial hint then you have to wait and see it in the capital then slap yourself in the forehead and say OOH, that is what they meant!
The costumes are beautiful and for the foreigners quite accurate as are the weapons and their mission. I believe most of the costumes of the Chinese warriors are accurate though I am not so sure of the brilliance of the colors. The black powder as the driving force of the story is extremely accurate as the Western world had heard of it but believed it to be a myth and the first to bring it to the western world would be paid ten times its weight in gold and jewels by any king.
The acting was fluid and reflected how the Chinese Officers and Officials would speak to lower vassals in their courts and was in no was cardboard or stilted. I was truly amazed by the women in blue who would basically bungee jump from such heights with long sticks, some even diving backward and towards the ground. Now don't get me wrong I know that they were simply jumping in front of a blue screen, but let me ask you, would you do it?
The drummers, both male and female were also a treat to watch, not unlike the drummers seen at the Olympics held in China, just fantastic! The entire majesty and depth of the movie was simply breath taking.
The landscape of the section of the Great Wall that was used in the film was probably one of the better portions of the wall as much of it is in a state of decay, so viewing it in such a beautiful condition and in the landscape it was originally in leaves you with a better understand of why it is one of the seven wonders of the world.
The creatures in the movie were horrible in that they were as a whole and as individuals just "some nasty shit" those little green demons were the individual bee like brain cells of the queen which is why they did not attack while the queen fed. She was just too busy eating to think so she simple had her brain set on roam while she fed. If others who viewed the movie did not understand that perhaps they might try taking another look at it.
The Queen ran the show and had the ability to move her "brain children" to different location and to attack at her command because she controlled them as she would bees in a hive or her own brain. Their only job in life was to provide her with food so she could return to her hive and reproduce for another sixty years and come back out as a new queen, to feed again. Most of the viewers might have missed that bit of information in the movie since it was part of the Chinese dialogue. As I said earlier it is not a shallow movie but one for a deep thinker so pay attention and you will catch some of the comments made by the General and his advisor as well as Commander Lin that will help you to better understand the Queen of the Monsters and how she and her happy little band or brain cells work.

Now last but not least, the ending...I thought the main male character should have let his "brother", the pain in the butt, who was always in trouble and causing problems, go back to Spain alone and he should have stayed with the beautiful General. He was an idiot for leaving her since it was so obvious that he was in love. I mean give me a break! Why go off with that lunk head? She was smart, beautiful, athletic, powerful, obviously wealthy and on her way up. All he had to do was stay by her side and he could be on his way up too. Oh well, perhaps, there will be a sequel where he returns and helps her fight the Mongol horde, one could hope <g>. Did I mention I like action romance movies?

Jeff LoyReviewed in the United States on November 20, 2022
5.0 out of 5 stars
Movie
Verified purchase
Cool movie about some crazy green monsters that attack China years ago, has William Defoe, so you know it’s good !!!!

GAMBITReviewed in the United States on October 24, 2022
4.0 out of 5 stars
Good
Verified purchase
It’s a good movie. Have seen it before and I forgot about it. Once I saw the first twenty minutes I realized I have seen it before. But it was a long time ago and I didn’t remember the ending so it was okay.

Betty DillReviewed in the United States on November 14, 2022
4.0 out of 5 stars
Family
Verified purchase
Good Adventure movie for the family

amzn_og027Reviewed in the United States on October 31, 2022
4.0 out of 5 stars
Fun movie
Verified purchase
Thoroughly enjoyed it. Damon was good as usual.

Christina R.Reviewed in the United States on May 28, 2022
4.0 out of 5 stars
Never got to see it B4 but wanted to :-)2w
Verified purchase
This is a movie that I was excited about when it first came out and I enjoyed the trailers a lot. Was ecstatic to see it was available to watch through prime, so I rented it.
When it 1st opened critics didn't speak highly of the film, but I really did enjoy it very much. I like the fantasy/unknown creature flicks with some decent action. The choreography: of the fight scenes, with all their bright colors and varied attacks/movements - was a joy to watch.
May not be everyone's cup off tea, but I think most would enjoy this movie. Has action, fight scenes, creatures(related to dragons??) Amazing choreography that is spectacular to watch.. has a second, slightly subtle story in it as well.
One person found this helpful

M. TennaroReviewed in the United States on August 1, 2022
4.0 out of 5 stars
American/Chinese co-production each canselling out the other's culture. Still a fun fantasy.
Verified purchase
Modern fantasy about ancient China which is entertaining as long as you don't examine any of the specifics too closely. I'm calling it a guilty pleasure.
2 people found this helpful

Amazon CustomerReviewed in the United States on September 25, 2022
5.0 out of 5 stars
Entertaining
Verified purchase
Seen it before. Wanted to see it again.
See all reviews
Back to top
Get to Know Us
Make Money with Us
Amazon Payment Products
Let Us Help You
EnglishChoose a language for shopping. United StatesChoose a country/region for shopping.
© 1996-2022, Amazon.com, Inc. or its affiliates