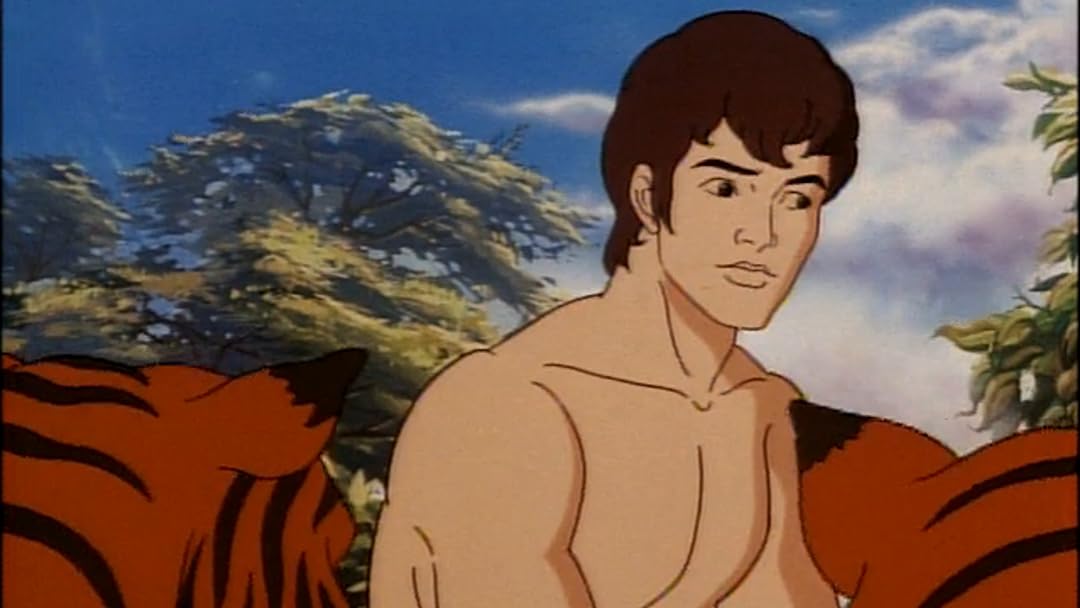 JMCReviewed in the United States on March 19, 2019
5.0 out of 5 stars
Timeless, Biblically Accurate, Must Buy!
Verified purchase
I initially watched this series of Bible stories when I was a child and they were published on VHS. Now, with young children of my own (4 & 2 yrs old), I love that Amazon has the streaming option available for purchase. For the cost, you get some of the best Biblical animation media for children available, even if it's from the 1980s. The creators used a very effective way to tell these Bible stories by creating fictitious characters who remain minimally involved in parallel ways while the story unfolds. This allows the viewer to watch (almost) in the position of the fictitious characters; seeing the story and only being involved in ancillary streams of the narrative. Doing this takes the least amount of creative liberty, allowing the Bible story to stand on its own as much as possible; there's nothing over the top or contra-Biblical. This helps open the door to exposing my kids to the Bible in one more method. It leaves them curious about the characters, asking for specific Bible stories before bed, and helps facilitate their curiosity about the Word of God because this series helps bring the stories to light in a visual way for their young minds. I'm so thankful this was available for purchase, it's one of the best media buys I've made for our family. I only wish they would remake these in the exact same method, just with newer animation and design capabilities. Perhaps someday! As for now, this is still a must buy.
12 people found this helpful
Report abuse

hypnomamaReviewed in the United States on June 29, 2017
5.0 out of 5 stars
oldie but a goodie
Verified purchase
I used to watch these as a kid on VHS. I loved how the 3 kids travel back in time and the bible stories are told with a little more cultural education explaining some of the actions or situations, which increased my understanding of the story. However, the animation style might not appeal to all kids these days as its not computer anitmated. Im a visual learning so i learned more bible stories from these than my worksheet styled sunday school class.
6 people found this helpful
Report abuse

M. LarsonReviewed in the United States on July 8, 2013
5.0 out of 5 stars
Excellent then, excellent now.
Verified purchase
I watched these episodes as a kid and now I have tracked them down for my 4 year old, who also loves them. It seems only 5 of the episodes were ever released to DVD so to get the rest you would need to go either the VHS or Amazon Video on Demand routes.

I've seen some negative reviews from well-meaning parents complaining about "magic" being used to transport Margo, Derek and Moki back in time, but I don't think it's that big of a deal. The stories are very faithful to the Bible as far as I can tell, and at the end of each episode they list several pastors / reverends as consultants. I think it's amazing that a secular Hollywood outfit (Hanna-Barbera) even released this at all.

All of these episodes are very kid-friendly in my opinion, the most gruesome part being a rather bloody scene of David's stone hitting Goliath's forehead. There are also some some scenes of women dancing in bikini-style outfits during King Nebuchadnezzar's party, but all and all, these shows are absolutely wonderful in conveying the truth of the Bible in a fun, funny and interesting way.

Bryan LawReviewed in the United States on July 17, 2021
5.0 out of 5 stars
I am in TEARS!
Verified purchase
My family and I would watch this series all the time when I was a child! On a fluke I was looking through amazon to see if i could find a copy on dvd and saw it available on prime video.
The Nostalgia, the memories. So good to see this series again. Amazing voice acting, All-Star voice casting. Beautiful animation. I recommend this so much for everyone to see. It is so wonderful.
Report abuse

Despite that it was refreshing to watch my old friends go on adventures with the stories from the bible and glad to have them available to share with the next generation in my family.
3 people found this helpful
Report abuse

RaceMomReviewed in the United States on September 25, 2015
4.0 out of 5 stars
Surprisingly accurate Bible stories
Verified purchase
I am still surprised every time I watch these that a kids show that actually fairly accurately follows Bible Stories was ever allowed to be broadcast to a general public that tends to be so hostile to the Bible. My 6 year old son loves these, and while I probably could find a better Bible story show in the end, the fact that he wants to watch stories about the Bible combined with the fact, as I mentioned, that tend to be more accurate than other shows I've looked at makes me pretty happy with them.
5 people found this helpful
Report abuse

heartnmnReviewed in the United States on July 25, 2018
5.0 out of 5 stars
Five Stars
Verified purchase
Loved watching these with my kids, brought them to children's bible school for my classes to watch and everyone loved them! My mother loved God and was a devout Catholic and when she visited with us she loved to watch them. Her favorite was Joseph and his brothers!
Report abuse
See all reviews
Back to top
Get to Know Us
Make Money with Us
Amazon Payment Products
Let Us Help You
EnglishChoose a language for shopping. United StatesChoose a country/region for shopping.
© 1996-2021, Amazon.com, Inc. or its affiliates